Some researchers are calling for new terms and a clear scale to help identify and find disappearing species. 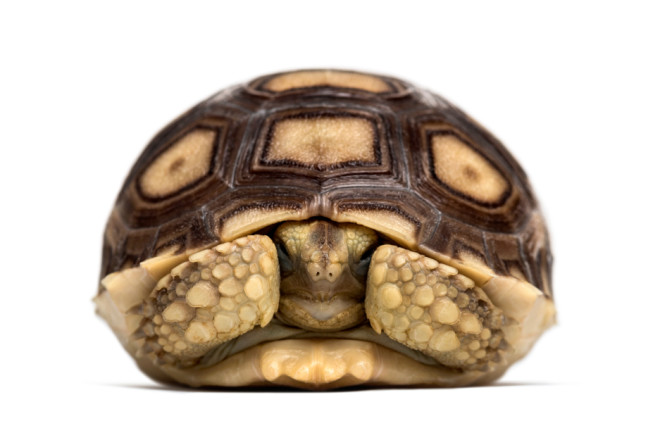 In the midst of an extinction crisis, how and when should a species be considered lost or extinct? It’s no easy task, after all, to check every nook and cranny of nature in search of missing critters. In a recent editorial, published in the journal Oryx, researchers have put out a call for a new way of classifying such situations, and they urged the conservation community and others to rally behind the hunt for lost species facing possible extinction.

Many of the relevant species are considered "cryptic," or hard to find, and have incredibly small ranges, says Barney Long, Director of Conservation Strategies at Re:Wild and a co-author of the editorial. On top of that, they are often not what one would consider a "charismatic" species, but rather those that would rarely catch a second glance compared to somewhat more attractive species, such as the tiger.

Take the fat catfish, for example, a species endemic only to Colombia’s Lake Tota, which located nearly 10,000 feet up in the Andes mountains. As its name suggests, the fat catfish isn’t going to be winning any beauty pageants. And the species has not been spotted in the wild since 1957.

Long also points to the big puma fungus as another example. It’s native only to the Cordillera de Nahuelbuta mountain range in Chile. This species may be the only one of its kind and was first described in 1988, but has never been seen since.

“Not many people think fungi are particularly interesting,” says Long. Often seen as a nuisance or associated with uncleanliness in our daily lives, many species of fungi actually play essential roles in ecosystems, starting with helping to decompose dead matter. “We're really keen to use the lost species to promote the conservation of fungi,” Long adds.

The two species above are among Re:Wild’s top 25 "most wanted" species. Though they may be the most sought after, there are hundreds more that are also deserving of conservation attention, Long says.

Tom Martin, a conservation scientist at Paignton Zoo in England, agrees that finding lost species is important, particularly given that extinctions are only predicted to increase in the coming years. Despite that, however, there is reticence to declare species extinct. Only 309 terrestrial vertebrates are officially listed as extinct, yet some 562 are considered lost, according to his research.

Martin points to the ongoing controversy surrounding the ivory-billed woodpecker to demonstrate the tension and vagueness between missing and extinct terminology.

The last confirmed sighting of this bird was in 1944. Last year, U.S. authorities declared the end of the bird’s existence with a rare, official declaration of extinction. There are, however, those who claim this decision was premature.

“We're going to have thousands of species just mysteriously disappearing over the next few decades for sure,” Martin says. “The longer you leave it, the worse this issue of missing species is going to get.”

To get a handle on the issue of disappearing species, Long believes there should be a new, consistent way of classifying these species, as well as concerted efforts to find them. To gain a sense of how his system would work, consider the panda. If all pandas vanished from the face of the Earth and nobody saw one for over five years, it would be deemed “missing.” It would only advance to “lost” if it had not been seen for over 10 years, it could get classified as “long-lost” when it reaches 50 years.

Though the panda disappearing without a trace may seem unlikely, it is a reality facing hundreds of critters and plants. Long’s organization Re:Wild holds a list of over 2,100 species that are considered lost. Around 25 percent have not been seen for over 100 years.

The terminology is not just a scientific exercise in semantics, but an intentional system. Once a species is classified as missing, it could act as an alarm that it may soon become a lost species, triggering search efforts far and wide.

“Once species are found, they come off the list,” Long says. “What we don't want them to do is slide back onto the list to become missing again, and then to become lost again. We actually want to track the progression of species down this ladder.”

All Hands on Deck

Fundamentally, however, putting the nomenclature aside, Long wants conservationists, researchers, citizen scientists and others to become involved in the search for lost species such as the fat catfish or the big puma fungus.

“Let's find it, let's get conservation action and a monitoring program in place and put the species on the road to recovery so that it doesn't slip to lost,” Long adds. If the species remains lost despite search efforts, it could support an extinction declaration, allowing efforts to be focused elsewhere.

“Hopefully this program goes a little way towards flagging these overlooked species that people just don't know about and don't care about. It's about giving a voice to the forgotten,” Long says.