Decoding Cuneiform, One of the Earliest Forms of Writing

The ancient Sumerians developed this writing system more than 5,000 years ago. Tens of thousands of cuneiform tablets still await translation. 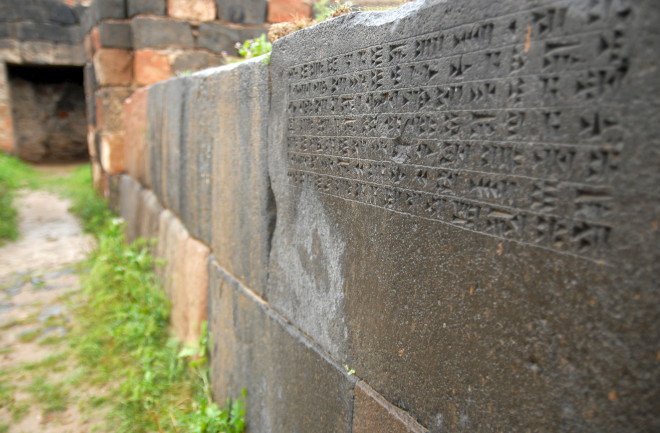 It’s not a language. It’s not an alphabet, either, exactly. But if you want to read the original Epic of Gilgamesh, or study the trade records of the ancient Sumerians, cuneiform is the only game in town.

The ancient system of writing is one of, if not the, oldest. It was invented around 3,500–3,000 B.C. by the Sumerians and used in the region for more than 3,000 years. Writing wasn’t this culture’s only innovation. They also brought the world wheeled carts, astronomy, a number system, the 60-minute hour, maps, irrigation and The Epic of Gilgamesh, which was the first written work of literature.

Sumer, arguably the world’s first civilization, was made up of a group of city-states. Located in Mesopotamia, what is now Iraq, these city-states engaged in trade and sometimes warfare with each other. They needed a system to record their financial transactions, and cuneiform did the job. So, unsurprisingly, the earliest examples of cuneiform show sales or the transfer of goods, such as grains or textiles, or the allocation of supplies.

Cuneiform symbols were scratched with a pointed stylus onto moist clay tablets, usually rectangular and about the size of a small notepad or iPhone. The tablets were then baked in the sun or dried in a kiln.

The word cuneiform comes from a Latin word cuneus, meaning "wedge-shaped." That’s because, though the symbols were initially pictograms, they soon became quite stylized and are indeed made up of varying arrangements of lines and triangles or wedges. Rather than using, for example, a picture of a cow to represent a cow, cuneiform used a symbol that was sort of a stripped-down image of a cow. This made it much more efficient. As time went on, symbols were introduced for abstract nouns like love or fear, and later, adjectives.

Eventually the symbols became even more abstract — no longer recognizable as cows — and evolved into a system for representing speech sounds, or syllables, rather than using a unique symbol for each word. At this point, the system could easily transcribe spoken language. This made it possible not only to keep the account books, but to record letters, stories, songs and poems — as well as school texts and mathematical works.

One of the advantages of cuneiform is that it could represent a variety of languages, rather like an alphabet that can write, say, English, German, Spanish and many other languages. Cuneiform was used to write in at least a dozen languages in addition to Sumerian, including Akkadian, Babylonian, Assyrian, Hittite and Persian. And like our alphabets today, with German having an Eszett or "double-S" and Spanish including a "double-L," there were slight variations in cuneiform from language to language.

When European archaeologists first began to explore the Middle East in the 19th century, they found many surviving examples of cuneiform. But figuring out what it meant was a challenge. To learn cuneiform, first you have to learn Sumerian. This is no small feat, not least because Sumerian is thought by most scholars to be a language isolate, meaning it is not related to any other known language. Nonetheless, by the late 1850s, scholars had mostly cracked cuneiform, though even now there are bits and pieces scholars still don’t understand. Today, those who can read cuneiform are few and far between, and the vast majority of cuneiform texts remain untranslated.

Irving Finkel is one of the world’s foremost experts in cuneiform and a curator at the British Museum, home of the world’s largest collection of cuneiform, some 130,000 tablets. Finkel’s favorite example of the ancient writing is a tablet that contains the instructions to The Royal Game of Ur, a board game that was popular in ancient Mesopotamia. Rather like chess or backgammon today, the game was likely played in pubs and palaces. Finkel translated the rules. If you want to try your hand at a 4,500-year-old game, you can find the rules here.

And those 130,000 tablets of cuneiform at the British Museum? They’re patiently waiting for scholars to come read them and let the rest of us know what they say. Maybe another epic like Gilgamesh? Or perhaps another fun board game? If you’re not interested in spending the six to eight years of intense study required to master cuneiform, you can still make your mark in this ancient writing system. Go to the Penn Museum website and try out their interactive exhibit that lets you sign your name in cuneiform.