The human-origins research shows that Neanderthals and current-day humans might have more in common than previously thought. 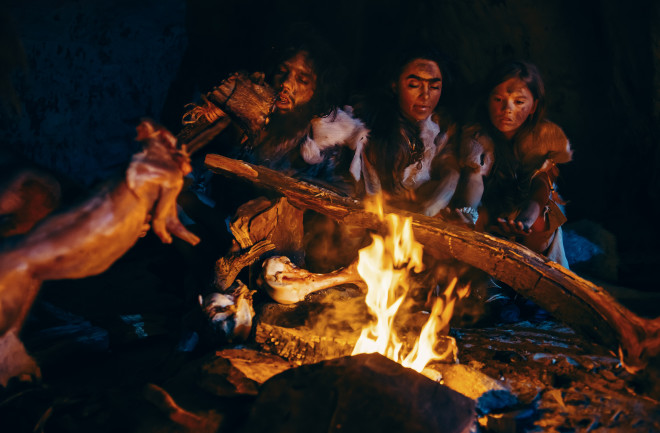 The linguistic abilities of Neanderthals, the closest ancestors to modern humans, have been largely debated. A new study helps settle the decades-long debate with evidence in favor of team Neanderthal.

Researchers at University of Binghamton in New York State and Universidad de Alcalá in Spain recently discovered that Neanderthals did indeed have similar auditory and speech capacities to modern-day humans. The conclusion was reached after various CT scans and 3D models of the ear structures of both Neanderthals and modern humans.

The findings indicate that we may share more similarities with Neanderthals than scientists previously thought.

An End to the Decades-Long Debate

Neanderthals went extinct about 40,000 years ago. Early studies comparing these species to modern humans relied heavily upon evidence left behind in the form of fossils and archaeological records. However, the last decade gave rise to metagenomic analyses, which allowed us to study genetic material of species from environmental samples. This modern-day tool has helped us draw comparisons with our close ancestors.

It has been previously established that Neanderthals were competent social creatures. However, how they communicated with one another remained a mystery.

The 1989 discovery of a Neanderthal hyoid, also known as the lingual bone, led to the suspicion that these species had the ability to speak. However, due to the different shape in their larynx than modern humans, this theory was dismissed.  Now, the new study confirms that this bone was in fact used in a similar way to modern humans. In addition, they were also able to hear and produce sounds recognized today.

"Neanderthals could have produced all the sounds in that frequency range, like we can. There does not seem to be any difference in their ability to produce speech sounds. So they definitely could have said 'Hello' or 'OK,' if those utterances had any meaning for them," said Rolf Quam, director of the evolutionary studies program at Binghamton University in an interview with CNN.

How the Conclusion Was Reached

So how did these researchers reach the conclusion that the speech produced by Neanderthals were more than just caveman grunts? The analysis of Neanderthals’ inner ear played a key role, according to the study.

The results of the study also indicated that Neanderthal speech likely included an increased use of consonants rather than vowels, which previous studies have focused heavily on. Though it is now confirmed that these species could produce a wide variety of sounds, it is still unclear whether these sounds were actual speech.

The evolution of language abilities and capacities in Neanderthals closely resemble the evolution of modern humans. In fact, these species may have even lived alongside early modern humans. This could explain why early humans share some Neanderthal DNA. Their co-existence is further proof to scientists that Neanderthals were able to communicate in one way or another, even if their language isn’t the exact same as ours.