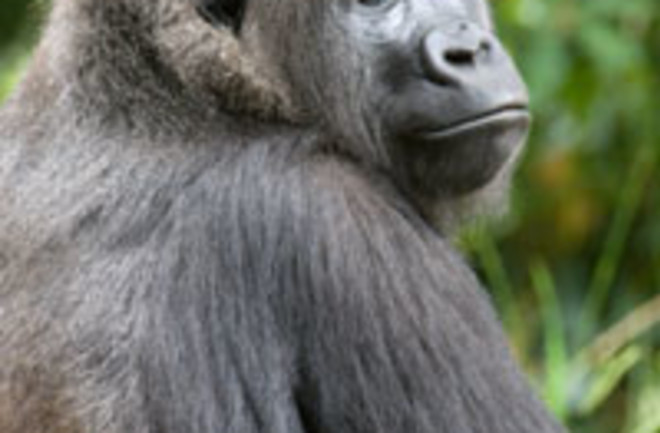 Last week's meeting of the Convention on International Trade in Endangered Species (CITES) put the spotlight on marine species like the bluefin tuna and some endangered sharks, as the meeting failed to protect them from being overfished to extinction. But a new survey published in the UK journal Mammal Review reminds us that it's not just marine animals that are endangered by humans, but also primates. The survey showed that despite CITES’ tight trade regulations for primates, more than a hundred primate species, from gorillas to monkeys to tiny lorises, are endangered by traditional medicine. The survey found that animals across the world were being hunted and killed for their perceived magical or medicinal values--

of the 390 species studied, 101, or more than a quarter, are regularly killed for their body parts, with 47 species being used for their supposed medicinal properties, 34 for use in magical or religious practices, and 20 for both purposes

]. The survey found that people still use primate parts to treat a wide variety of ailments. In Bolivia, spider monkey parts are used to cure snake bites, spider bites, fever, coughs, colds, shoulder pain, and sleeping problems; in India, the survey found that many people believe that macaque blood is a cure for asthma. Other monkeys or lorises have their bones or skulls ground up into powder administered with tea, or have their gall bladders ingested or blood or fat used as ointments

]. Monkeys are also valued in Sierra Leone, where a small piece of chimpanzee bone is tied to a child's waist or wrist, as parents believe it will make the child stronger as he grows older. But even as primate body parts are considered valuable, local customs and beliefs can sometimes be instrumental in helping save the species, the survey found.

In parts of Asia, Hindu beliefs help protect species such as long-tailed macaques (Macaca fascicularis) in Bali or grey langurs (Semnopithecus spp) in India. While in the village of Bossou in the Republic of Guinea, the Manon people consider chimpanzees sacred [BBC].

Apart from the indiscriminate hunting, the survey noted that other pressures like loss of habitat, subsistence hunting, and trade in bush meat are also leading to the decline in primate numbers. Of the 101 primate species studied in detail, the researchers found that 12 were classified by the International Union for the Conservation of Nature as being critically endangered, 23 as endangered, and 22 as vulnerable. The survey comes even as the World Federation of Chinese Medicine Societies (WFCMS) issued a statement this month urging its members not to use tiger bone or any other parts from endangered wildlife, as they had no proven medicinal value. The use of tiger bones was also removed from the traditional Chinese medicine pharmacopeia in 1993 when China instituted a domestic trade ban on tiger parts. But despite, the internal ban, the survey notes, trade in tiger bones still continued. Related Content: 80beats: It’s Hard Out Here for a Tiger, World Bank Says 80beats: Bushmeat Debate: How Can We Save Gorillas Without Starving People? 80beats: New Threat to Primates Worldwide: Being “Eaten Into Extinction” DISCOVER: Extinction—It's What's for DinnerImage: iStockphoto