With neither brains nor nervous systems, most biologists think not. But they do respond to “painful” stimuli in fascinating ways. 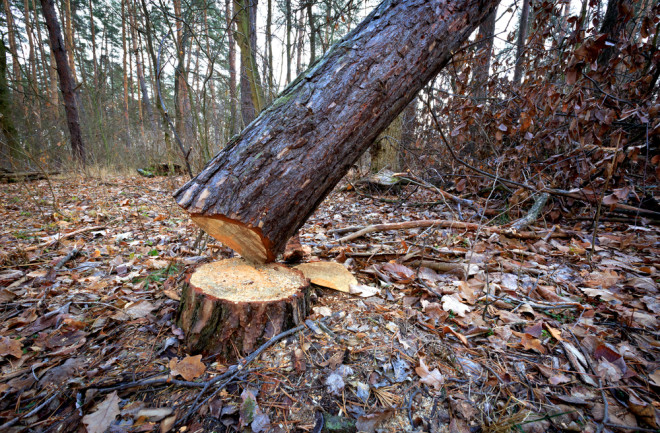 Many things separate the kingdoms of animal and plant. One of them, we might suppose, is pain. Humans — along with all other nerve-endowed organisms — experience damage to their bodies as subjectively unpleasant. Plants are just as prone to injury, of course, and they respond to injury in their own way. But we feel the stabs and aches in a way they presumably don’t.

Lacking the brain and nervous system needed to conjure consciousness (not to mention nociceptors, the animalian cells that react to painful stimuli), our vegetal cousins endure munching insects and withering drought without a hint of suffering as we know it. Even clear-cutting of entire forests, as devastating as it is to the overall ecosystem, won’t bother an individual tree in the slightest. Weeding the garden is not botanical torture, and vegetarians can rest easy in the knowledge that their salads are cruelty-free.

That said, plants — like every form of life — have evolved tools to avoid and mitigate damage to themselves. Over the past few decades, biologists have learned much about their astonishing ability to sense and react to danger in their environments. Easy as it is to imagine ourselves in their roots, though, we must remember the immense physiological gap between humans and plants. “We anthropomorphize so readily, and that’s why we use the word ‘pain’,” says Elizabeth Van Volkenburgh, a professor of biology at the University of Washington. “But it’s not appropriate to apply to a similar response in plants.”

In the 1970s and 80s, a rift opened which still divides plant scientists to this day. It began with The Secret Life of Trees, a 1973 book in which the journalist Peter Tompkins espoused — among other pseudoscientific claims — the concept of plant sentience. A few years later, while Van Volkenburgh was a graduate student at UW, a researcher there named David Rhoades discovered that plants, when wounded, emit “volatile compounds” as a kind of distress signal and warning to their neighbors. In other words, they could communicate their condition to other plants.

Rhoades’ work was genuinely scientific and, it seems, accurate. But when the popular press relayed it in terms of “talking trees” — a shade too close to sentience — establishment academics promptly sterilized the line of inquiry. “Those scientists could no longer get funded,” Van Volkenburgh says. “The subject became taboo.” In recent years, however, there’s been a resurgence of investigation into the idea that plants are intelligent in ways we’ve historically overlooked.

Several studies have focused on their response to harm. In 2014, researchers at the University of Missouri found that plants can “hear” the vibrations of caterpillars feeding on their leaves, and elicit chemical defenses in response. In 2019, another group of researchers, from Tel Aviv University, found that certain plants emit ultrasonic sounds when stressed. These noises are sometimes, dubiously, likened to screams. Another study, in 2018, found that when a leaf is being eaten, its cells signal the danger to other parts of the plant, alerting them to brace themselves and begin repairing the damage. The authors likened this stress response to a nervous system.

Such comparisons are still risky. Besides her faculty appointment, Van Volkenburgh is president of what is now called the Society of Plant Signaling and Behavior. When the group was formed, in 2006, it bore a far more provocative name: the Society of Plant Neurobiology. The last word, of course, with its connotation of cognition, invites the same decades-old criticism that shut down Rhoades and his colleagues.

Lincoln Taiz, a professor of biology at the University of California, Santa Cruz, accepted the invitation. In 2019, he and his colleagues published a paper titled “Plants Neither Possess nor Require Consciousness.” Arguing that plant neurobiology lacked an “intellectually rigorous foundation,” they gave their assessment: “We consider the likelihood that plants, with their relative organizational simplicity and lack of neurons and brains, have consciousness to be effectively nil.”

Plants clearly sense the world around them. They are “aware,” in whatever alien way. A few examples, like the Venus flytrap and the aptly named "sensitive plant", or Mimosa pudica, demonstrate this plainly. Others are subtler. But none imply a sensation of pain (or anything else) that we would recognize as akin to our own. Most biologists doubt that shrubs and flowers possess the complexity necessary for such subjective experience. “Plants don’t have that part of intelligence that we call emotional intelligence,” Van Volkenburgh says. (She still keeps an open mind, though: “Who knows? We could be missing it.”)

This applies to suffering, too. But it might be even more tempting to use language about the five basic senses to describe plants — even if it doesn't exactly translate. For example, Van Volkenburgh says, “Plants can detect light, but I don’t think you can say plants can ‘see.’” The same goes for hearing, tasting, feeling, smelling. The terms we use to describe our own interface with the world don’t seem transferable to plants. They describe the contours of a human-centric reality, made possible by our animal anatomy.

Looking at our respective evolutionary histories, it may be as Taiz suggests: Plants simply don’t need consciousness, nor pain. While disagreeable sensations taught our ancestors to avoid imminent threat — to withdraw their hands from the fire, so to speak — plants developed their own, unconscious strategies. Besides, bodily injury isn’t a grave concern for an organism that can regenerate at will. “When tissues are damaged in a plant,” Van Volkenburgh says, “it’s not as dire a situation as in an animal.”

She can understand why some scientists, veering into advocacy, might leverage the language of our own experience. “What I think they’re trying to do is educate the public at large about how important plants are, and that we might want to take care of plants a little better,” Van Volkenburgh says. If you want someone to sympathize with a tree, for example, show the tree howling at the bite of chainsaw teeth. “But,” she adds, “they also skew the science.” In truth, the harm we inflict upon plants likely harms us more.