The long-necked dinosaur, whose stardom got overshadowed by T. rex, seeks redemption. 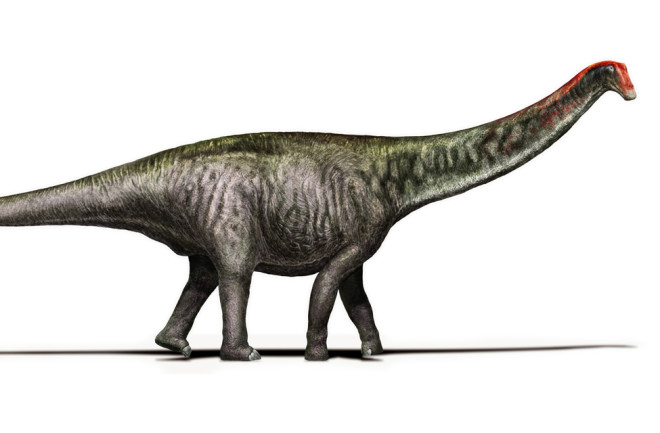 Sign up for our email newsletter for the latest science news
(Credit: Davide Bonadonna, Milan, Italy)

What science took away, science has returned to us: Long live the thunder lizard known by children of every age as Brontosaurus.

The dinosaur crashed onto the scene when paleontology was still a young and undisciplined field. In 1883, Brontosaurus excelsus — the first long-necked, whip-tailed sauropod to be reconstructed from a fossilized partial skeleton — captured the public’s imagination. But that specimen was found at the peak of the heated “Bone Wars,” when scientific rigor often took a back seat to finding and naming the most fossils the fastest.

As early as 1903, paleontologists began questioning the validity of Brontosaurus as a species. Skeptics claimed the animal was merely an adult Apatosaurus, another sauropod. Brontosaurus slipped quietly off its pedestal, disgraced in the eyes of science and just a few years later eclipsed in public interest by a new celebrity dinosaur: the agile T. rex.

It seems fitting that, in the same year the New Horizons spacecraft rekindled our appreciation for the demoted dwarf planet Pluto, a young paleontologist would champion a new interpretation of the fossil record that restored the good name of Brontosaurus.

Swiss paleontologist Emanuel Tschopp says redeeming Brontosaurus was not his agenda when he undertook an analysis of the entire diplodocid family, which includes Apatosaurus and fossils once described as Brontosaurus. “My goal was to identify some diplodocids in a museum in Switzerland, near where I grew up. It was difficult to do so without analyzing the entire group because many of the species were proposed in the late 1800s, based on very fragmentary material,” Tschopp says.

Tschopp rebuilt the diplodocid family tree from the ground up by documenting 477 traits in the bones of every specimen available, and then using two different statistical methods to examine the differences among specimens.

The Brontosaurus, long a part of pop culture if not science circles, might be a true species after all. | Public Domain

“We analyzed much more data with many more diplodocid specimens than ever before, and we took a statistical approach to do it in a reproducible way. It allowed us to quantify how different such species are from each other and to establish new, clearer boundaries between them,” Tschopp says.

As he reconstructed the branch of the diplodocid tree that included Apatosaurus and erstwhile Brontosaurus fossils, Tschopp saw numerous differences between the two emerge in features on the animals’ necks, shoulder blades, ankles and tailbones.

When all 298 pages of Tschopp’s analysis were published in April in the online journal PeerJ, the dormant Brontosaurus Nation came alive, flooding the Internet with celebration. Brontosaurus was back.

But the story is not over.

Tschopp is now checking the statistical method’s accuracy by applying it to living lizards, with the intent of comparing results with DNA analysis. His current research might detect flaws in his PeerJ study, throwing the legitimacy of Brontosaurus into question again.

“What we have for Brontosaurus now is a proposition based on good data. But I can’t promise anything — that’s how science works,” Tschopp says. “Because it is so well known, Brontosaurus is a good example to show people that science is always a discussion. We’ve started a discussion, and we will see what comes next.”

[This article originally appeared in print as "Bully for Brontosaurus."]