Researchers measure biodiversity in conservation projects through the blood meals of leeches. 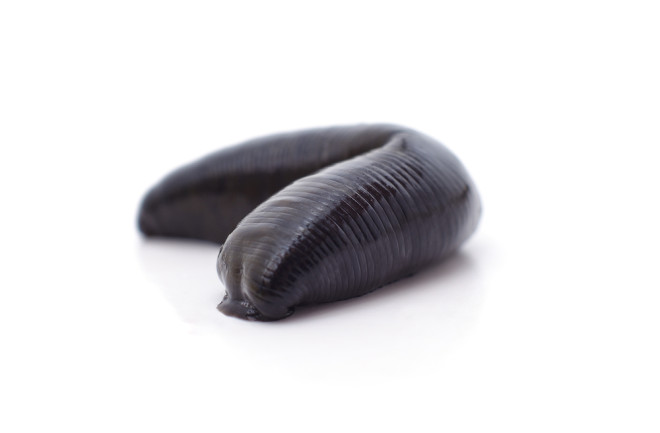 Scientists measuring biodiversity have turned to an unlikely source: The digestive system of blood-sucking leeches.

The guts of tens of thousands of leeches revealed DNA signatures of diverse species living in a conserved area of Yunnan, China, providing evidence that the protected area is fostering biodiversity.

On land set aside for conservation, researchers typically measure biodiversity indirectly, through the evaluation of funding, staff numbers or levels of human disturbance within the region. This assumes that pouring money into the reserve, or the number of rangers, correlates with the number of species living there.

Measuring biodiversity directly, however, can be difficult. Cameras and audio recorders are expensive and even the most thorough set-ups capture just a fraction of the habitat. Birds and tree-dwellers often evade cameras, while quieter organisms such as reptiles don’t make enough noise for audio monitoring to detect.

The blood-sucking Haemadipsa, or Land Leech Genus, feeds on almost any organism, slurping up a meal brimming with DNA.

"Leeches feed on a wide range of animals," says Christopher Baker, who participated in the study as part of his postdoctoral research at Harvard University. "Conveniently, one of those animals is humans, which makes them easy to collect."

Leeches can ingest an incredible amount of blood, ballooning to ten times their own body weight, in some species.

"It would be like an average human weighing 1,500 pounds after each meal," says Michael Tessler, an assistant professor of biology at St. Francis College, who was not involved in the study.

Their sluggish metabolism – it can take four months to digest their dinner – turns leeches into reservoirs of genetic material. What’s more, they’re cheap and require almost no training to collect (although a strong stomach is a plus).

During the rainy season, they’re not hard to spot. "It can sometimes feel like the ground is moving towards you," says Tessler, now a leech-collecting veteran. It gets to the point where you’ve collected your samples and then you’re just fighting to get them off you, Tessler says. "The only thing you have to pay attention to is that the leech doesn’t bite you before you collect it, otherwise you’ll be sequencing your own DNA."

Park rangers collected more than 30,000 leeches in the Ailaoshan Nature Reserve, a 260-square-mile area of mountainous forest in southern China. Researchers purified DNA from the blood meal and sequenced the DNA using vertebrate-specific probes, to discount the leech’s own genetic material.

The vertebrate DNA matched a list of known species and identified 86 animals living in the reserve. Researchers detected the presence of endangered and vulnerable species, including sambar deer, the Asiatic black bear and the Chapa Bug-eyed frog. This proves the reserve is providing a safe haven for threatened species, according to the study.

Depending on where researchers collected leeches, they could map the distribution of species across the region. Towards the periphery of the reserve, bloated leeches showed blood from sheep and cattle, while leeches collected from the innermost region had DNA from wild species. This revealed how the encroaching pressures of farming are pushing animals towards the center of the reserve.

Researchers have used leeches before to measure biodiversity, but never on this scale, according to the study. In Vietnam, researchers extracted DNA from Haemadipsa and confirmed the presence of the rare Annamite striped rabbit. Which believed to inhabit the region, but had eluded camera traps for years.

DNA analysis is particularly useful for identifying organisms, that to humans at least, are indistinguishable from other animals. Known as cryptic species, the only way to tell them apart is by sequencing their DNA, Tessler explains.

But even leeches have their limitations. They’re less common in temperate and desert climates, where biologists have turned to blowflies that feed on the decomposing flesh of dead animals. And despite not being the fussiest eaters, they’re more likely to feed on frogs and other terrestrial animals than birds, giving a skewed representation of the local wildlife.

Combined with traditional approaches, leeches can help reveal organisms hiding in the shadows.