Biodiversity Is Rapidly Declining. Here's What You Can Do About It

Despite increasingly dismal news about disappearing species, experts say we should feel empowered to make plans and take action against biodiversity loss. 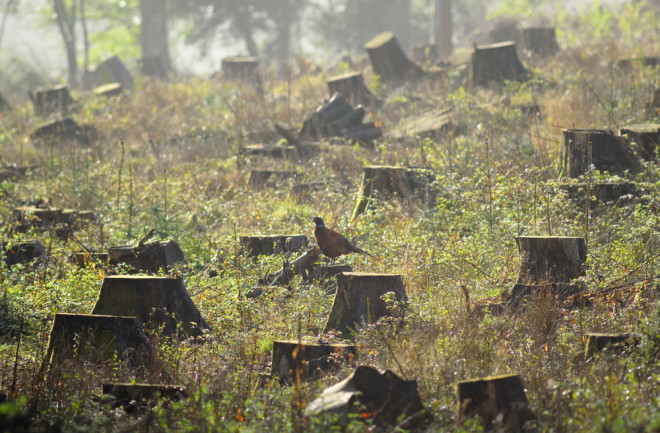 For the last decade you may have been recycling, taking three-minute showers and riding your bike to work. Then, a UN report appeared in 2019 stating that the “health of ecosystems on which we and all other species depend is deteriorating more rapidly than ever.” Do you feel motivated to amp up your environmental game? Or do you decide you might as well give up because we’re all doomed anyway?

Scientists and environmental activists face a major challenge in framing messages about biodiversity loss: On one hand, they want to be absolutely sure that they have conveyed the gravity of the situation (and the situation is grave). On the other hand, they want to provide people with enough hope to spur them to action. So how do they inspire us despite the increasingly dismal news?

The grim reality of biodiversity loss should be acknowledged, but it’s not the end of the conversation. “We are indeed losing species 1,000 times faster than the normal background rate,” says Stuart Pimm. “When Al Gore says that, he’s quoting me.”

Pimm is a conservation ecologist at Duke University and a world leader in the study of current extinctions — along with potential solutions. Despite being widely quoted in films like An Inconvenient Truth, Pimm is most assuredly not pleased with all the doom and gloom that can come with environmental reporting, which he feels overpowers the more optimistic view.

“There are a lot of practical things we can do to stop species from going extinct," he says. "And I think we need to work diligently to get that optimistic message out there.” He’s not suggesting that we ignore the facts. Rather, the public should feel empowered by the specific actions that they can take to help.

We can take a two-part approach by starting with the cold, hard facts, then following up with an action plan, says Elizabeth Hadly, an environmental biologist at Stanford University who went from studying Pleistocene-era extinctions to the current ecological dilemma. “First you identify the problem and get people to recognize [it],” she says. “Then you tell them things they can start doing to be good stewards of the planet. And there are things you can do in your own backyard,” she says.

When compared to climate change as a whole, there’s one advantage to communicating the specific crisis of biodiversity loss: It’s difficult to deny when you can see it all around you. People notice that they’re not hearing nighttime frog songs the way they once did. They observe how their windshields aren’t littered with dead insects after a summer drive. Some might ask, “Hey, when’s the last time you saw a grasshopper? We used to have loads of those when I was a kid.”

If you bring attention to the biodiversity loss happening right in our backyards, people don’t just listen — they can become personally invested. At this point, their focus might expand beyond their immediate environment. “My gut feeling is when people start noticing and caring about things in their own backyard, they start to care more about what's happening at the local, regional and international levels, Hadly says.

In fact, messages about biodiversity loss can be particularly powerful when framed at a local level, says Rebecca Niemiec, a social scientist at Colorado State University who studies community-based conservation efforts. Studies have found that place-based discussions, including those within families, can sway people’s broader attitudes toward climate change and its effects on wildlife.

And community members have more to offer than scientists sometimes realize. It’s important, Niemiec says, to incorporate local voices, needs and perspectives into any kind of plan to protect species. This is especially true regarding Indigenous communities, who have long served as environmental stewards. “People who live in an area have deep knowledge of the local ecology and local wildlife and of how biodiversity in that area is changing.” They also know how well conservation initiatives are (or aren't) working. “I think it’s really critical to integrate that data into conservation plans,” she says.

When communicating threats to flora and fauna, word choice matters. The term “biodiversity,” for example, comes with pros and cons, says Kevin C. Elliott, a philosopher at Michigan State University who specializes in science and environmental ethics. Much of his research focuses on how to frame these ideas.

Describing the problem simply in terms of dwindling species is not going to appeal to all of us. Not everyone will miss evening frog songs. He suggests other ways to present the science that might appeal to different audiences. Food security risked by pollinator losses might be a motivating factor for some groups. Meanwhile, focusing on the interconnectedness of all living things could resonate with others.

A concept like environmental justice can deeply resonate with people, says Elliott. After all, systemic racism has sobering impacts: Compared to the white population, people of color in the U.S. experience 37 percent higher exposure levels to the gas nitrogen dioxide — this air pollutant can worsen asthma and increase susceptibility to respiratory infections like COVID-19.

That UN report, alarming as it was, pointed out that it isn’t too late to make a difference. However, the research also clearly stated that doing so will require “a fundamental, system-wide reorganization across technological, economic and social factors …” The problem is systemic and international (though industrialized nations do produce nearly 80 percent of the world’s greenhouse emissions).

Tackling this massive problem will require coordinated action on the part of nations, not just citizens. Still, constituents have more power than they may realize. The proof lies in decades of victories from the environmental justice and wildlife advocacy movements.

“When I give talks, I certainly tell people to start making choices that lead them to tread more lightly on the planet. But I also tell them to celebrate the fact that we live in a democracy,” Pimm says. “It may not be a perfect democracy, but there’s nothing that prevents us from talking to or writing to our elected public officials. I think we can do a lot more to let politicians know what it is they need to do.”