Are Humans the Only Animals That Lie?

Nonhuman animals can certainly deceive one another — and sometimes deceive humans. But are humans the only species that tell flat-out lies? 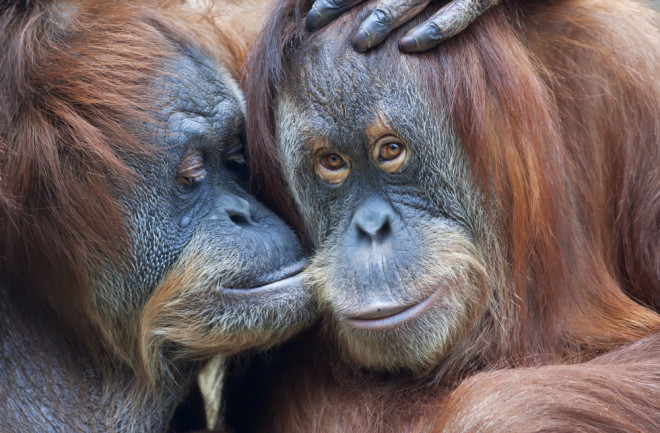 The female bolus spider gives off an odor that is an exact chemical copy of a pheromone released by a female moth. The effect on the male moth is obvious — and quite often fatal. The horned lizard shoots blood from its eyes when attacked, perhaps to confuse predators (or maybe just to freak them out). Opossums are famous for faking death when threatened.

These are examples of nonhuman animals engaging in deception, but are they lying? That depends on what you mean by “lie.” According to the Stanford Encyclopedia of Philosophy, the most commonly agreed to definition of a lie is, “a statement made by one who does not believe it with the intention that someone else shall be led to believe it.” In this definition, at least, the word "statement" is problematic when it comes to animals. But biologists tend to focus more on intention. Greg Bryant is a cognitive scientist at UCLA who specializes in animal communication and social behavior. He points out that biologists make a distinction between functional deception and intentional deception. “The idea is that sometimes animals can act in a way that functionally deceives others, but they’re not aware of it or intending to do that,” he says.

Bryant gives the example of roosters. Roosters sometimes give a food call when there is no food present. The hens come running when they hear the call. Then the rooster can put the moves on the females. While this is a form of deception, it’s functional, not intentional. It’s a trick, but the rooster doesn’t know he’s tricking the hens. “It’s just that the threshold in the brain for when you make the food call changes. It’s built into the communication system,” Bryant says. “The intentions of the animal aren’t actually part of the system.”

Marc Bekoff disagrees. Bekoff is professor emeritus of ecology and evolutionary biology at the University of Colorado-Boulder and has spent decades studying social animals, particularly canines, such as coyotes. He points to the way canines will signal to each other — often with a formal bow — that the actions they’re about to engage in, which can be rough and seem aggressive, are meant as play. The other dog returns the bow, showing that it gets the message. That interaction, says Bekoff, is intentional. The animal initiating the play is sharing its intentions, indicating that it wants to play, not fight. And it has to know that the other animal believes it.

My Mind, Your Mind

If lying is to be defined as having the intention to deceive another or changing the mental state of another, then the liar must be aware that other beings have mental states — and be aware that those mental states include knowledge and beliefs that can be different from those of the liar. In other words, lying, it would seem, requires a theory of mind.

For decades, scientists have been trying to determine whether any nonhuman animals have a theory of mind. Almost all of the studies done so far have proven somewhat controversial. The most promising candidate for an animal with a theory of mind would be the great apes — humans’ closest kin. Fumihiro Kano is a comparative psychologist who studies the social intelligence of animals. He and colleagues have done several clever experiments that strongly suggest that chimpanzees, bonobos and orangutans (all great apes) do indeed have a theory of mind. These experiments investigate a great apes' understanding of false beliefs on the part of others. You can watch the experiments (which involve the theft of a rock by a man in an ape suit) here.

In another study, from researchers at the University of Vienna, dogs seem to be able to know when humans are lying. This also suggests — but certainly doesn’t prove — that dogs have something like a theory of mind. It’s difficult to study this, says Bekoff. But he expects that when the right kinds of studies are done, and when people look at animals in the wild, it will be obvious that primates aren’t the only animals with a theory of mind. “There's no way that highly social animals can't have some sort of theory of mind,” he says.

Not everyone is convinced, though. According to Bryant, almost no other animals have been shown to have a theory of mind equivalent to that of a four-year-old child. Even chimpanzees’ theory of mind is questionable, he says.

Until we sort out what it means to have a theory of mind and which animals do and do not have it, it’s going to be difficult to say if nonhuman animals can lie or not.