There are many documented cases of strange animal behavior before earthquakes. Scientists finally put some farm animals to the test. 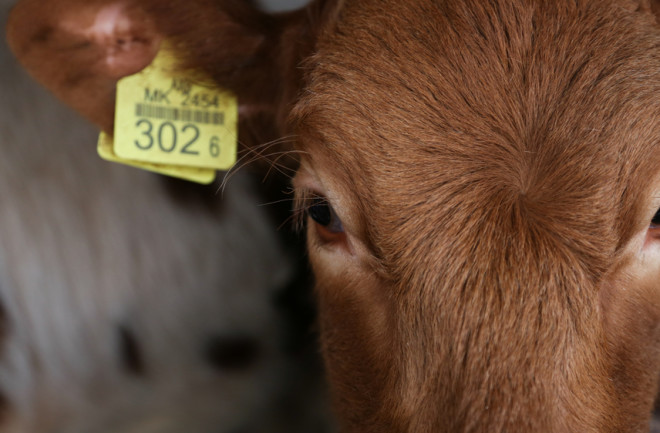 When the earthquake hit central Italy on Oct. 26, 2016, Martin Wikelski and his colleagues descended on the site in less than 24 hours. Wikelski, an ecologist at the Max Planck Institute of Animal Behavior in Germany, wanted to test a hunch that has been around for millennia — that animals portend earthquakes. A nearby farm in the earthquake-hit area provided a perfect landscape to test this theory.

Now, after sifting through months of behavioral data of farm animals and 18,000 (mostly minor) earthquakes later, Wikelski and his colleagues see a pattern. In a study published in Ethology, they report evidence of animals reacting in a consistent manner before an impending quake.

The study started shortly after the October earthquake. Wikelski and his colleagues rushed to a farmland in the affected area to tag farm animals, hoping to understand how the animals were reacting to the quake’s aftershocks. They tagged a number of animals — six cows, five sheep, two dogs, a couple of chickens, turkeys and a rabbit — with sensors that measured the animal’s movement in three-dimensional space, like a Fitbit. Two days later, another major earthquake struck, giving Wikelski’s team a rare chance to monitor animals before, during and after an earthquake.

After this initial episode, the researchers returned to the farm in January 2017, to tag the same animals again for an extended period until April 2017. “I believe the chickens and turkeys were consumed in the holiday season,” says Wikelski.

Equipped with a timeline of data on the behavior of cows, sheep and dogs from October 2016 and January-April 2017, the researchers compared the timeline of animal activity with a timeline of earthquakes that were occurring in the same period. They teamed up with Winfried Pohlmeier, an economist at the University of Konstanz in Germany, and used established econometric models for comparing the two datasets.

Their results show a consistent pattern of animal behavior that occurs before each earthquake. The animals anticipated eight out of nine earthquakes with magnitudes higher than 4.0 that occurred between January and April 2017. However, the anticipatory behavior was only seen when the animals were housed in a stable, and not when they were free to roam on pastures. “We don’t know why,” says Wikelski. The team also found that the farther the animals were from the quake’s epicenter, the longer it took for their behavior to change, hinting at some slow diffusive signal that the animals detect.

Moreover, the unusual behavioral pattern that preceded an earthquake was only significant when all three species’ collective behavior was taken into account. Individual behavioral change hardly mattered. Every animal senses its environment in a distinct manner, “but if you pool [their] sensing systems together, it gives you a novel way of sensing the environment, and in principle, this is the sixth sense of animals,” says Wikelski.

Several studies in the past have reported anecdotal evidence of animals exhibiting unusual behavior prior to an earthquake. Toads left their ponds before the 2009 earthquake in L’Aquila, Italy. Herds of cows were reported to have rushed down a hill before the same L’Aquila earthquake. Camera traps showed wild animals behaving unusually before the 2011 Contamana earthquake in Peru. “But it's always a little bit iffy to say if this really [is] a good data set,” says Wikelski. In that sense, Wikelski’s study is a first-of-its-kind, in which it systematically monitored animals for a long period and then compared these animal activity timelines, gathered over months, with seismic activity.

Not everyone is convinced by Wikelski’s study, though. “It's not a game-changer in terms of predicting earthquakes, because it's a very narrow study in terms of its locality,” says Stephen Hicks, a seismologist at the Imperial College in London. “But it creates potential for future, more-detailed studies.”

Rohini Balakrishnan, an ecologist at the Indian Institute of Science in India, is also cautious. She points out two things that stand out: “Small sample sizes — only a few individuals of each species — and it is a correlation,” she writes in an e-mail. “I do think one would need to test many more individuals.” In other words, the fact that seismic activity follows a collective change in animal behavior does not necessarily mean that one causes the other. There might be other variables that the researchers are not aware of.

Wikelski recognizes the shortcomings of his study. “It's one earthquake series, one farm, one area in the world, and this is the major limitation,” he says. “We need a lot more of those measurements before we can really say something.” He also acknowledges the skepticism his line of research receives but says “in a way, it’s good because then we have to show that there are real data and real patterns.”