Animals Can Find Their Way Home, But We Aren’t Sure Exactly How

Some humans need GPS just to find their way to the corner grocery store. Most other animals seem to have some type of navigational system built in. 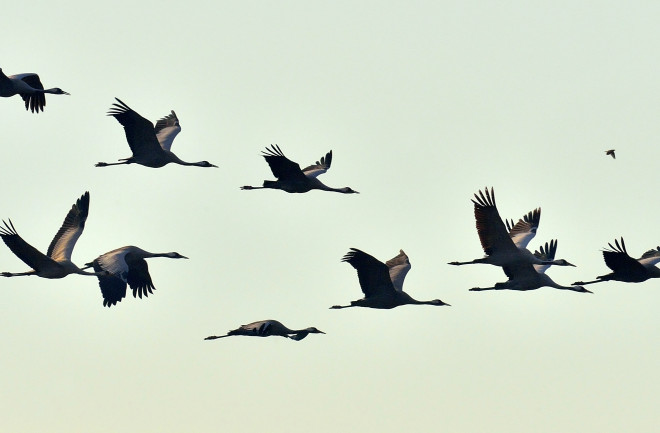 In the summer of 2020, a yellow Labrador retriever turned up on the doorstep of a house in Lawson, Missouri. The dog seemed quite at home, but the people who lived there had never seen her before. Fortunately, the dog had been microchipped, so they were able to locate her family — in Kansas, 57 miles away. The family had moved from the house in Missouri almost two years before. Somehow Cleo, the lab, found her way back to the place she must still have thought of as "home."

Stories like Cleo’s are very common, says José Arce, a veterinarian in San Juan, Puerto Rico, and current president of the American Veterinary Medical Association. Microchipping has made it possible for humans to reunite millions of lost pets with their families, he says, and give stories like Cleo’s a happy ending.

Often the pets make it home — or back to a previous home — all on their own. Heartwarming as they are, these stories usually contain an aura a mystery. How do animals pull off these feats of navigation? There doesn’t seem to be a mechanism for it, says Arce.

When pets do it, it seems like a miracle. But for many animals, it’s all in a day’s work. Birds migrate long distances every year, often through and to places they’ve never been before. Salmon are famous for returning to their birthplaces to spawn.

And scientists don't understand exactly how these animals do it, either. (Though salmon may use their sense of smell). However, in recent years it’s become increasingly clear that many animals, and not just birds, have some kind of internal compass, using Earth’s magnetic fields to gauge where they are and where they’re headed.

Pets may use a similar approach. About the time Cleo was making her way back to her old home in Missouri, a team of Czech researchers was publishing a study on hunting dogs. They found that when returning to their owners, the dogs, though often following their own scent track, also used magnetic fields as a sort of mental map for the return trip.

Many marine animals have been shown to do this, too — sea turtles, for example. But until recently, scientists suspected, but didn't know for sure, that sharks used Earth’s magnetic fields to guide them on their long sea journeys. Scientists did know two things about sharks, though: Many species of shark routinely travel long distances back to a specific spot, and sharks are super sensitive to magnetic fields. Proving that they use magnetic fields for navigation was tricky, though.

Bryan Keller, an ecologist and shark expert, decided to test the theory on bonnethead sharks; at only two to four feet long, the animals are small enough to fit in a tank. He and a team of researchers at the Florida State University Coastal and Marine Laboratory captured a group of bonnetheads that spend the summer off the Gulf coast of Florida and placed them in a tank wrapped with copper wire.

Bonnethead sharks, one of the smaller species of hammerheads, are easily recognizable by their shovel-shaped heads. (Credit: FtLaud/Shutterstock)

By changing the current in the wire, the researchers were able to change the tank's magnetic field. When that magnetic field matched that of a location south of the place where they were caught, the sharks swam north — in other words, back towards their home turf. When exposed to the magnetic signature of the location where they were captured, they just milled around with no seeming preference for direction. (Ostensibly, because the signature signaled that they were already home.) These results demonstrated that the sharks do respond to Earth’s magnetic fields, something Keller describes as a “map-like sense.”

So, how do sharks manage this? Again, no one knows for sure, but one possibility, says Keller, is that they use an organ called the ampullae of Lorenzini. These are receptors that help sharks detect tiny amounts of electrical activity, such as that put off by the muscles of prey swimming nearby.

This might explain how sharks detect these fields, but it doesn’t explain how other animals do it. Yet many others do. “Magnetic-based navigation is extremely common across the animal kingdom,” says Keller. In a paper on the bonnetheads published in Cell this past May, he and his colleagues point out that their study adds to a growing body of literature indicating that the evolutionary adaptation for making map-like use of geomagnetic fields could be common across a variety of animals in many kinds of habitats.

Stay Out of the Way

It’s important for those of us who belong to a less navigationally talented species to understand how other animals navigate. If these creatures can’t get to where they need to be, they might not be able to mate and reproduce. That hat could impact the populations of many already endangered animals. In short, humans need to learn how these threatened species navigate so we can be sure not to get in their way.

“When it comes down to it,” says Keller, “we have to think about whether there is anything out there that could potentially impact the successful navigation of these animals.” For example, he points out that offshore wind farms and submarine cables put off electrical impulses. These cables are shielded to prevent stray electrical signals, but an electrical signal produces a magnetic field, and that can’t be shielded. They may be too weak or too far away to disrupt sharks’ navigation, but scientists still don't really know.

Keller notes that he's not disparaging the use offshore wind farms, or any other technology that could create stray electrical signals. But when we consider new technologies, we need to do the proper research to make sure we understand how they're impacting the surrounding environment. And to do that, we need to know more about how animals — from Cleo the Labrador to a school of bonnetheads — are able to find their way home.