One of the oldest-known specimens points to the Iberian Peninsula as the source of the first domesticated horses in the Americas. 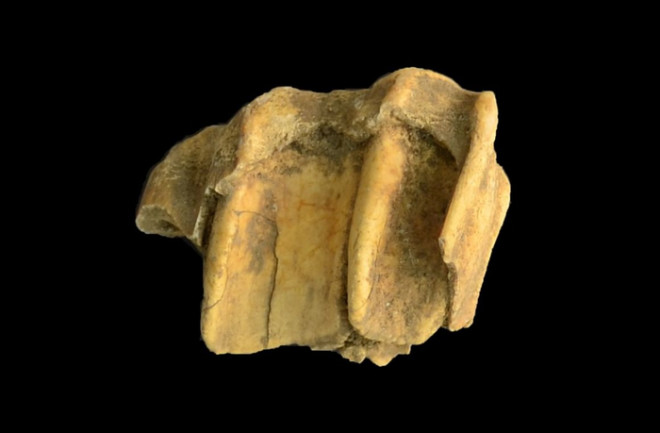 Picture of the horse specimen. (Credit: Nicolas Delsol/PLoS ONE)

Though we tend not to think of colonizers as having hooves, horses played a pivotal part in the colonization of the Americas. In fact, horses helped European conquistadors and colonists carry their things, travel from settlement to settlement and traverse further and further into unfamiliar territories. And yet, in spite of their historical significance, questions continue to surround the colonial history of horses. For instance, where were these horses originally from?

A PLOS ONE study answers this question through archaeology. Identifying and analyzing one of the oldest archaeological specimens of domesticated horse in the Western Hemisphere, this study confirms the theory that the first modern horses in the Americas came from the Iberian Peninsula. Moreover, the study stresses the importance of the archaeological record in illuminating history — even when it is relatively recent.

A History in Horses

Though the ancestors of modern-day domestic horses roamed the Americas in the distant past, all native Equus disappeared from the landscape approximately 10,000 years ago. They only returned — this time in the form of the domesticated horse, Equus caballus — with the arrival of Europeans around 500 years ago.

Though historical records state that these domesticated horses sailed from the Iberian Peninsula to the Caribbean on Spanish ships, there isn’t much in the archaeological record to corroborate the story.

That is, until now, since the genetic analysis of a tooth fragment from the 16th century cinches the origin of the first domesticated horses in the Western Hemisphere. “The analysis of the introduction of [modern horses] in the Americas is such a fascinating yet understudied topic,” the study authors say in a press release. “Our results support the Iberian origins of these animals.”

More broadly, the analysis also reveals the importance of archaeological specimens in the study of history. “Our study highlights how ancient DNA can help us understand cultural and historical processes, not only in the remote past but also in understudied episodes of more recent history,” the study authors conclude in a press release.

After finding the tooth fragment at the Spanish colonial settlement of Puerto Real in modern-day Haiti, the researchers sequenced its mitochondrial genome. The sequence revealed that the tooth’s genetics matched that of a lineage of horses concentrated in Southern Europe called “equine haplogroup A,” suggesting the tooth belonged to a horse with Iberian connections.

Further supporting this conclusion is the fact that the horse’s closest living relatives are a population of feral horses that have supposedly lived on Chincoteague Island in Virginia since a 16th-century mishap on a Spanish ship.

“Further work on feral horse populations along the Atlantic coast of the United States, and continued horse archaeogenomic sampling promises to further clarify our understanding of how horses colonized the Western hemisphere,” the authors conclude in their paper.

Stone Toolmaking May Not Have Required Cultural Transmission