DNA analysis may help settle the debate over who owns the 9,000-year-old skeleton. 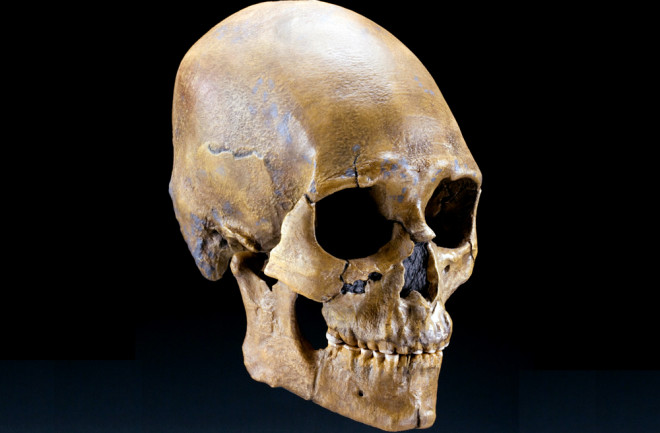 A new DNA analysis of a bone fragment found that the skeleton shares ancestry with modern Native Americans, likely settling a lengthy debate over rights to the bones. | Chip Clark/Smithsonian Institution

A new DNA analysis of a bone fragment from an ancient skeleton may have settled an almost 20-year debate between Native Americans and scientists over rights to the bones.

A facial reconstruction (left) of Kennewick Man’s skull shows what he may have looked like nearly 9,000 years ago. | Brittney Tatchell/Smithsonian Institution

Evolutionary geneticist Eske Willerslev of the University of Copenhagen, who has sequenced other ancient DNA samples, led the team that extracted DNA from a tiny fragment of hand bone and used it to sequence the skeleton’s genome. The analysis, published in June, showed that Kennewick Man is related to modern Native Americans and shares ancestry with members of the Confederated Tribes of the Colville Reservation, who were among the groups claiming the bones as their own since the discovery. They contended that the bones should be reburied instead of remaining with scientists for research. In 2004 they lost a federal court case, and scientists were allowed to continue studying the skeleton.