Scientists have long assumed Neanderthals simply lost the evolutionary race against humans. But their disappearance may be a bit more complex. 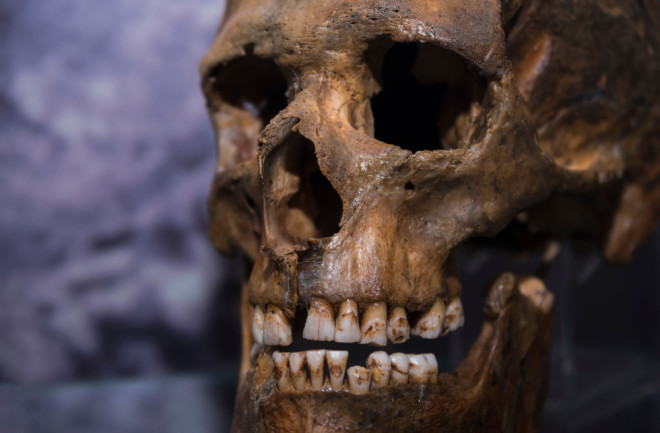 Humans weren’t always alone on our branch of the primate evolutionary tree. Among our closest cousins, none are better known than the Neanderthals.

Once, the name was an insult we applied to our fellow Homo sapiens — we considered Neanderthals a less sophisticated and intelligent version of ourselves. That view has shifted over time, as has the nature of investigations into the ancient humans’ mysterious disappearance.

While we still can’t be certain, it’s possible that Neanderthals slipped away by chance. Their small, isolated populations scattered throughout Eurasia were always on the brink of extinction.

Our Evolving View of Neanderthals

The hominids known as Neanderthals had a long run. Evidence suggests they emerged in Eurasia at least 400,000 years ago and may have persisted up to as recently as 35,000 years ago in some areas, such as Gibraltar, which is located on the southern tip of Spain.

The first Neanderthal fossil was discovered in Germany in 1856, just three years before Charles Darwin published On the Origin of Species. This finding sparked a flurry of controversy: Some suggested the remains belonged to an unknown species of human; others argued the body came from an ill human. One of Germany's most famous professors suggested he may have been a Russian Cossack who suffered from rickets and crawled in a cave to die during the Napoleonic era, explains Leiden University archaeologist Gerrit Dusseldorp. But the 1886 discovery of similar remains in Belgium quashed that theory.

In fact, our understanding of our closest cousins has changed significantly over time, Dusseldorp explains. After deciding Neanderthals were their own unique creature, we formed the common perception that they were like us, but far less smart. William Golding’s 1955 novel The Inheritors popularized an encounter between humans and these gentle-but-dim cousins of ours. “Ultimately, it doesn’t end well for them,” Dusseldorp says.

Our hypotheses surrounding the Neanderthals’ fate have also changed over time. The longest-standing theory is that we outcompeted them: We were smarter or stronger, and we either wiped them out directly by killing them or winning control of resources. The relatively close timing between our arrival into Eurasia and their disappearance does lend weight to this theory, he explains, since modern humans appear to have largely started arriving there around 40,000 years ago.

Modern evidence has also complicated the picture. Genetic studies and fossil remains hint that humans entered Neanderthal territory as early as 210,000 years ago; our own DNA indicates that we interbred with Neanderthals, suggesting peaceable contact; and we’ve found evidence of sophisticated tool use, including a prehistoric glue made from birch bark tar, as well as jewelry and cave art.

In Sapiens: A Brief History of Humankind, Dusseldorp explains, author and historian Yuval Noah Harari references a cognitive revolution among modern humans preceding our incursion into Eurasia some 40,000 years ago. “Just as we’ve been uncovering evidence of sophisticated Neanderthal behavior back in time, so too have some of the behaviors associated with this revolution have a much greater time depth,” Dusseldorp says. “Earlier humans probably had them.”

But a 2019 PLoS ONE paper posited a very different theory, which has gained significant ground among archaeologists: Neanderthals may have died out because their often-tenuous population dropped below sustainable levels — through wholly natural forces.

Study author Krist Vaesen, an associate professor of philosophy and an applied biologist at the Eindhoven University of Technology in the Netherlands, explains that he and his colleagues aimed to investigate the null hypothesis of Neanderthal extinction: A null hypothesis assumes no difference between sample populations (in this case, modern humans and our Neanderthal relatives), and that any differences between them are due to chance or error.

Previous theories of Neanderthal extinction had relied on assumptions of inferiority to modern humans. Yet no researchers had tested the idea that they were every bit as capable of survival as us. So rather than assume differences existed between us and Neanderthals, Vaesen and his colleagues assumed we were functionally interchangeable. Would they still go extinct?

Applying simulations from conservation biology used to track endangered species such as tigers, they plugged in three key factors that often determine the fate of endangered species: inbreeding, Allee effects and stochasticity. Essentially, they wanted to utilize estimates of the Neanderthal population numbers to determine whether demographic factors like inbreeding, random variations in sex ratios, chance events such as floods or droughts, and difficulty finding a mate could account for the Neanderthals’ disappearance.

And according to their model, it could. The Neanderthals spent much of their existence with a population close to extinction, Vaesen explains. Random variations in reproductive potential and population size, combined with inbreeding reducing both fertility and survival, could sufficiently explain the disappearance of our cousins.

Perhaps humans did play some role, but it may not have been competitive, Vaesen says. If humans blocked the migration routes that Neanderthals used, we may have contributed to their extinction by forcing more inbreeding without directly interfering with them, he says.

This Neanderthal disappearance theory is gaining ground. A survey Vaesen and Dusseldorp published earlier this year in Scientific Reports found that among 216 paleoarchaeologists, demography was the leading theory, followed by environmental factors and then competitive factors.

Consider the simple factor of geography: Neanderthals likely lived in smaller bands than the dozens that make up modern hunter-gatherer groups among humans, Dusseldorp says. Rough population estimates for Neanderthals drop as low as 10,000 individuals at once.

Now consider that Neanderthal fossils have been found in regions as far off as England, Iraq and Siberia. Spreading 10,000 individuals across the 21.14 million square mile-stretch translates to a population density of roughly 0.0005 per square mile. “I am more and more having trouble seeing a population of only a few thousand individuals spread over such a large area, being a smart experiment of Darwin, of nature,” Dusseldorp says. “Basically, a tropical primate [living] in a mammoth steppe in such small numbers, it seems a precarious existence at the best of times.”

This occurred amid one of the Earth’s most precarious climatic environments, in which ice ages transitioned into periods warm enough for hippos to live in the Rhine River and back again, he explains.

The definitive cause of the Neanderthals’ extinction, however, is far from clear. Dusseldorp would like to see further evidence of modern human demography in Africa, and investigations into evidence for interconnection, or the absence thereof, in different geographic populations of Neanderthals. “I’m moving into the direction of demography, but there’s quite a few unanswered questions,” Dusseldorp says. “I think, in reality, it’ll always be a combination of factors,” he says.

The Reasons Why We Do Irrational Things