A Landscape Burned by Kilauea's Eruption

A flyover a few months post-eruption reveal the destruction left in the Hawaiian volcano's wake. 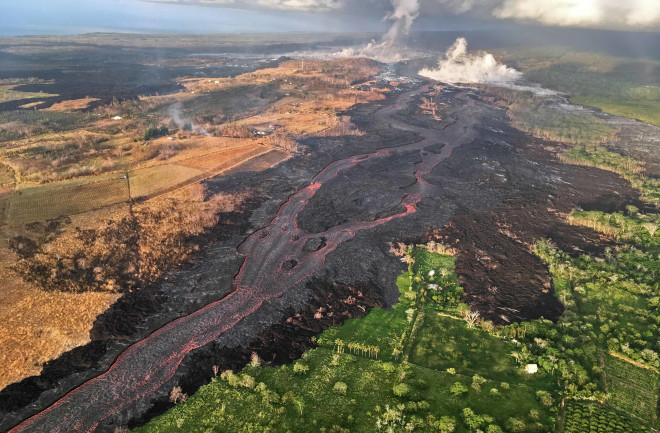 In May, for the first time in over 50 years, fissures opened and lava poured from the lower East Rift Zone of Hawaii’s Kilauea volcano. A July flyover revealed a stark contrast in the landscape: Winds blew heat and gases southwest from an active lava channel, severely damaging vegetation to the south (at left) but sparing land to the north (foreground). By mid-August, lava traveling across the Big Island’s southeast corner destroyed at least 700 homes and filled in an entire bay, adding 875 acres to the island. Photo by USGS Hawaiian Volcano Observatory (HVO)

[This photo originally appeared in print as "Our Fitful Planet."]