Toxoplasma gondii reduces its hosts’ fear of cats — big and small — but the mechanisms behind the manipulation are mysterious. 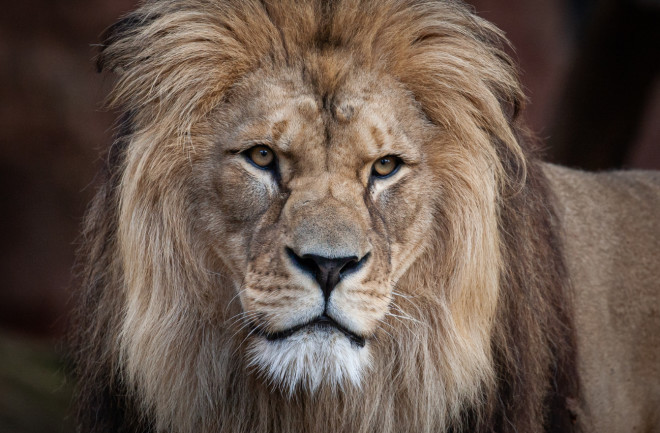 One much-appreciated feature of housecats is the readiness with which they poop in the same relatively easy-to-clean box day after day. However, cat owners should take care to change cat litter regularly and to wash their hands thoroughly after doing so. This is because cats (not just domesticated ones, but wilder felines like lions and tigers too) are the only known definitive hosts of the protozoan parasite Toxoplasma gondii.

Being a definitive host means the parasite, which in this case is spread through feces, can only sexually reproduce within a cat. But that doesn’t limit its infectivity to our kitty companions; it can also infect all kinds of other animals, including at least a third of the human population. “It infects almost all warm-blooded organisms,” says Ajai Vyas, an associate professor at Nanyang Technological University in Singapore and an expert in neuroscience and parasitology.

In non-definitive, or intermediate, hosts, T. gondii is famous for manipulating behavior. This is especially well-studied in rodents, where the parasite reduces its host’s innate fear of cat smells. It’s thought to be an adaption that increases the likelihood a rodent host will be eaten by a cat, allowing T. gondii the chance to reproduce.

However, the mechanism behind T. gondii’s manipulation tactics remains mysterious. Some argue that the parasite makes its home in certain brain regions and affects the neurons there, while others postulate that it interferes with dopamine signaling more generally. A third hypothesis states that manipulation doesn’t require T. gondii to be present in the brain at all, but rather is initiated through hormone interactions.

Walking on the Wild Side

Although T. gondii’s behavioral manipulation and its underlying mechanisms are under active study, much of the research so far has focused on lab animals. One of the earliest studies, published in 2000, purposefully used rats with wild heritage, but work since has tended to focus on lab-bred lineages.

Laboratory environments have the advantage of being much simpler than natural ones but “obviously there is a problem there, and the problem is that the laboratory is not biology,” Vyas says. “But on the other hand, in the wild … you are restricted to observational studies, case control studies, longitudinal studies, but never experimental manipulation.”

A handful of studies have investigated the behavioral effects of T. gondii on wild intermediate hosts; these include work on wild rodents as well as sea otters, chimpanzees, and even humans (yes, it can affect our behavior). However, a 2021 study has expanded the research into new territory: spotted hyenas.

This new study, led by Eben Gering of Nova Southeastern University in Florida and Zachary Laubach of the University of Colorado Boulder, shows not only that T. gondii increases boldness of hyena cubs towards a cat — in this case, lions — but also that infection increases the chance of a hyena being killed by a lion. It’s the first known evidence that the reduced fear of cats caused by T. gondii in wild hosts comes along with a predation cost.

“It’s a very important step into Toxoplasma’s literature,” Vyas says, because “predation occurs only in a natural context. You cannot put a dolphin in a bathtub and study the swimming behavior.”

Unfortunately, while the study did use a multitude of data collected over three decades and was statistically powerful, it lacks the experimental control to truly confirm a relationship between T. gondii infection and death by lion. However, its evidence of a potential association is still monumental and Vyas is taking it as a sign for further investigation.

“What I would really like to see is a relationship between mechanisms … up to the behavior,” he says. “Starting from the brain and hormones.” Vyas is interested in not only the parasite and its host, but also the repercussions of their relationship on entire ecosystems. “What are the footprints of those [brain and hormone] changes inside ecological communities?”

As for our comparatively pint-sized pets, there’s less cause for concern. While some studies suggest that T. gondii may have subtle effects on our own personalities and psychomotor performance, humans are dead-end hosts; there’s a near-zero chance that a housecat would eat its owner, regardless of infection status. Still, it’s probably a good idea to clean out that litter box anyway.