Humans and some other mammals keep cool by sweating it out. But the rest of the animal kingdom, lacking sweat glands, has evolved other ways to survive the summer. 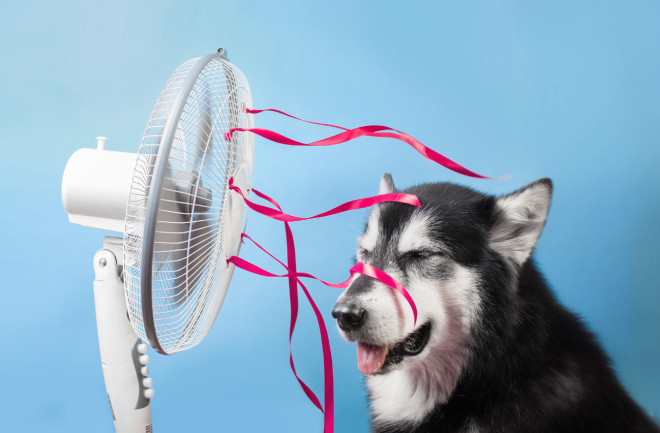 The more the climate warms, the more we’re destined to sweat. But while drenched t-shirts might be uncomfortable, not all animals are lucky enough to perspire.

Mammals are the only type of animals with eccrine sweat glands, though these glands are sometimes used to help animals grip rather than cool down in the heat. For humans, horses and some other mammals, these glands secrete fluid that cools the skin as it evaporates.

As for the rest of the mammals, reptiles, amphibians and birds of the world, they must find creative ways to chill out. Here are a few of the unique processes that animals use to keep their temperature from rising.

Kangaroos sweat like many other mammals, but in the scorching hot temperatures found in parts of Australia, they must sometimes take matters into their own hands (or rather, forepaws). That’s because the marsupials lick this part of their bodies, which contain several concentrated blood vessels. As their saliva evaporates, it drops the temperature of their blood — cooling the animals down in the process.

Hot sand is a serious problem, even for lizards adapted to desert living. Some agamas have adapted to this problem by tiptoeing across the surface of hot sand. When things really heat up, they can also bury themselves to keep away from the sun. They aren’t the only species to do so; horned lizards and some snake species also bury themselves to cool down or hide from predators and prey.

While the idea of sweating blood may seem appropriate for one of the deadliest mammals in Africa, the pink stuff secreted by hippo skin acts like any other sweat. Aside from cooling the large mammals down in the heat, this pinkish sweat also repels insects and even water to some extent. And to be fair, it isn’t blood at all — though its pinkish color is still something of a mystery.

Contrary to the popular saying, pigs do not sweat like pigs. Instead, they rely on cool patches of mud or dirt to keep themselves cold. A dip in whatever grungy liquid they can find often keeps the effects of the hot sun at bay. And as mud dries, it also acts as a bug repellent and a sunblock, protecting pigs’ skin from harmful rays.

Many cold-weather animals hibernate to survive long, cold winters. But other creatures use a kind of long-term sleep, called estivation, to get them through extreme heat instead. If you’ve ever found snails that appear scorched and shriveled on a hot summer day, they may actually be in this deep state of shut down, with a slowed metabolism to help them through dry periods. They aren’t the only creatures that use this technique. Reptiles, amphibians and lungfish also use estivation to ward off long periods of hot weather.

Birds may not sweat, but they employ a different kind of fluid to keep the heat at bay. Flamingos, some storks and other long-legged birds urinate and defecate on their own legs in order to cool themselves down — especially if they spend a lot of time on land in hot areas. The process is called urohidrosis. “Species that typically forage in open landscapes exhibit a more pronounced use of urohidrosis than those mainly foraging in water bodies,” write the authors of research recently published in Scientific Reports.

For some, an alligator sitting on the bank of a swamp with its mouth wide open may be a fearsome vision. But crocodilians aren’t just waiting around for something juicy to land in their mouths. Rather, the act is more akin to a dog panting — they probably use it to help chill their bodies. And a recent study examining this behavior found that while it might help to cool parts of crocs’ bodies, cooling down isn’t the only reason the reptiles leave their mouths open. It could additionally send signals to other crocs around or, when underwater, be an invitation for risk-prone fish to clean their teeth.