From the mountains and deserts to the oceans, America's national parks are full of amazing wildlife. 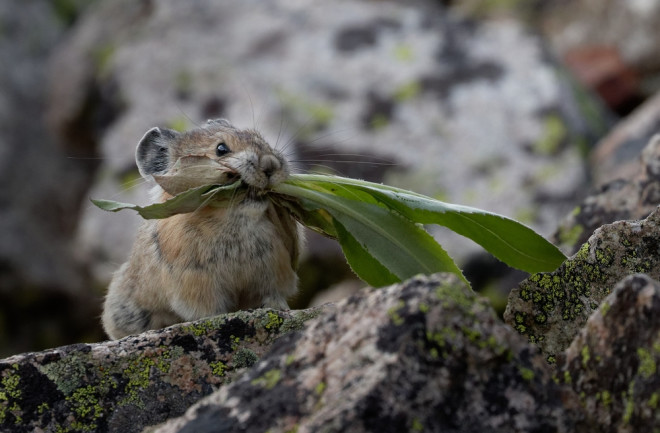 Sure, the U.S. national parks are known for their stunning geological features and breathtaking views. But they’re also rich in biodiversity. Across a variety of desert, forest, mountain and marine ecosystems, the national parks are teeming with captivating flora and fauna.

While popular animals like elk, moose and bears are amazing to see, the national parks boast other fascinating critters, too. In fact, it's estimated that 80 to 90 percent of organisms within the parks are still waiting to be discovered. Here are five unique animals that call the national parks home.

Before we dive in, it’s worth noting that all animals inside and around national parks are wild animals. As friendly as some may seem, it is never appropriate to approach or feed a wild animal. (And definitely don't be like these irresponsible visitors, who attempted to snap a selfie for social media.) For more information, the National Park Service has plenty of tips on how to enjoy safe animal encounters in its parks. Now, to the wildlife!

Their black and brown fur helps keep the rodent-like mammals warm in chilly mountain air and offers camouflage from predators. They spend the warmer months gathering and stashing grasses and wildflowers to keep them well-fed throughout the winter — and may even steal from a neighboring pika’s cache when no one is looking.

Unfortunately, pikas are a candidate for the federal endangered species list because of habitat loss due to climate change. There has been a push to put them on the registry but it hasn’t been approved just yet. In the meantime, keep your eyes and ears out for these little critters when you’re hiking through the mountains; pikas have a distinguishable "eek" sound that echoes through the mountains to warn fellows of predators.

Another Rocky Mountain resident, the yellow-bellied marmot can be seen lounging in the sun on rocks or roaming about the alpine meadows. The large rodents were dubbed “whistle pigs” by early settlers for the loud, scream-like whistles they make out of fear and excitement.

Yellow-bellied marmots live in colonies, typically consisting of one male and multiple females along with any offspring produced that year. They spend eight months of the year hibernating in burrows, but you can't blame them for the excessive beauty sleep: While they're hibernating, they do not age. During the winter months, a marmot's metabolism slows down so much, in fact, that it may look as if the animal is dead. They only take a breath about once per minute.

As spring rolls around and the marmot wakes up, its body starts to age again.

The witches in Macbeth may have cast “eye of newt” into their cauldron, but this is one newt you don’t want to touch. The California newt, or orange-bellied newt, is an enchanting salamander that grows to between 2 and 3.5 inches long and ranges in color from red to brown and orange tones. They’re relatively common in the forests and grasslands around California’s Santa Monica Mountains.

While beautiful to look at, these sticky newts are toxic to the touch — emitting the same poison as pufferfish. Like all animals in the national parks, if you see one of these beauties while you’re out hiking, it's best to keep your hands to yourself. (Luckily for the witches of Macbeth, "eye of newt" actually referred to mustard seeds.)

Sometimes referred to as sea cows, manatees enjoy taking their time and thrive in slow-moving waters. They can typically hold their breath for about five minutes while grazing for food and up to 20 minutes while resting. Their lungs, located next to their spine, help them maintain buoyancy.

Manatees are gentle giants that spend most of their winter days eating seagrass in warmer waters around hot springs and power plant outfalls. When the weather warms, they've been seen as far north as Massachusetts. So, next time you’re headed to Everglades National Park in Florida, try to arrive between November and March, as that's your best chance to see these beautiful creatures.

A relative of elephants, the manatee can live nearly 60 years and have no natural enemies. Their biggest threat is humans, due to polluted waters, habitat destruction and boating accidents. As a result, the animals were added to the endangered species list in 1967. However, thanks to effective conservation efforts, in 2017 the manatee was downgraded from endangered to threatened.

Imagine walking among the fascinating cacti in Saguaro National Park, when out pops a feathery head complete with a pair of big yellow eyes and bushy, white eyebrows. You may have just stumbled upon the world’s tiniest owl — adult elf owls measure in at just under 6 inches long and have a wingspan of about 13 inches. In comparison, the great horned owl has a wingspan of over 4 feet.

Elf owls make their homes inside old woodpecker holes in trees and Saguaro cacti. Because they're so small, the birds feed mostly on insects and an occasional lizard or mouse. They're also known to play dead if threatened or captured, and quickly fly away once the perceived danger has passed.

Because of their size, elf owls find Arizona winters a bit cold and will fly southward to Mexico until spring. During the warmer breeding season, male elf owls sing from inside their nests to attract a mate; that means if you’re taking a sunset stroll around Saguaro in the spring, you may just hear their songs.