4 Ways the Winter Solstice is Celebrated Around the World

The winter solstice means the return of the light, and cultures from the Middle East to Scandinavia to North America have been celebrating it for hundreds of years. 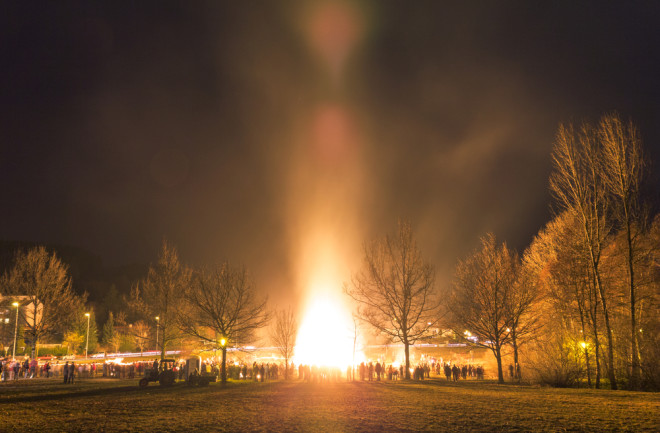 The winter solstice marks the return of the light, or if you’re a Doctor Who fan, being halfway out of the dark. Dec. 21 or 22 marks the longest night of the year in the Northern Hemisphere (June 20 or 21 in the Southern Hemisphere) and is celebrated in various ways across various cultures. The solstice has even inspired traditions for holidays such as Christmas and Hanukkah. Here are four ways the solstice is celebrated around the world.

Celebrated in Scandinavian countries — mainly Sweden, Norway and parts of Finland — St. Lucia’s Day is a festival of lights. Those who celebrate the day previously believed it was the shortest day of the year and the day St. Lucia was killed.

The Romans allegedly killed Lucia after they caught her feeding persecuted Christians in Rome. Though Lucia is considered a Christian martyr, there are also Norse traditions brought into the celebration after Norsemen converted to Christianity. The festivities usually include young girls dressing up as St. Lucia in a white dress with a red sash and sporting a wreath of candles on their heads. The candles represent the way St. Lucia wore candles on her head to light the way as she carried food. St. Lucia’s Day is celebrated on Dec. 13 rather than the 21.

This Chinese festival celebrates the arrival of winter. Those who celebrate originally believed it was a festival for the end of the harvest. But Dongzhi is now a time for families to get together and reflect on the past year.

Traditional foods include meat-filled dumplings and tang yuan — glutinous rice balls that are usually colorful and cooked in a sweet or savory broth.

Yalda or Shab-e Yalda (birth of light) is an Iranian celebration of the solstice that dates back over 5,000 years. The festival celebrates the triumph of Mithra — the sun god — over darkness. During this celebration, people gather and have bonfires to ward off evil and guide their way safely through the dark.

People share nuts and pomegranates and will stay awake all night and rejoice when the sun rises, ushering in goodness and banishing evil.

The Hopi people in northern Arizona celebrate Soyal. During this all-night ceremony, there are bonfires, dancing and sometimes gift-giving. The Hopi will welcome kachinas — protective spirits from the mountains — and use various crafted prayer sticks for rituals and ceremonies. These ceremonies are meant to draw the sun back from winter and towards spring.