A meme is often more than a joke — the social media critique of ‘Karens’ often has a deeper message. 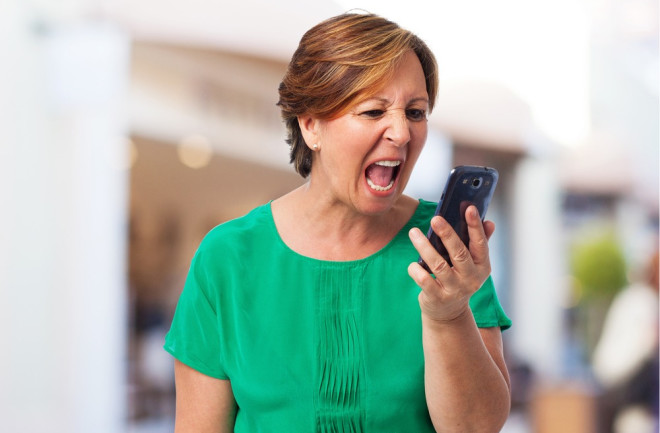 Maybe you’ve seen them: the viral photos of women with long bangs that taper to a pixie cut in the back of their heads, with text about needing to “speak to the manager” emblazoned in the center of the image.

Meme: This is Karen. She’d Like to Speak to the Manager.

But the women in these photos aren’t often identified by name, in part because the people sharing the image have reassigned them one. The women in these memes are “Karens” — white women who act with entitlement in public while threatening others, often Black people. Originally, the stereotype drew attention to individuals who were rude to low-wage workers or demanded that managers resolve issues. More recently, the label expanded to encompass more threatening behaviors: A white woman who intentionally coughed on coffee shop patrons who asked her to wear a mask, for example, was labeled a Karen, as was a woman who called police on a Black birder who requested that she leash her dog.

Though the original varieties were at least partially based in humor — the Karen haircut has made its way onto Pikachu and even a tropical depression — those who make and share the images often have more to say. “It’s such a fast-moving communication online,” says Natalia Mielczarek, a visual communications researcher at Virginia Polytechnic Institute and State University, “but there’s often a lot more going on than just humor.”

Meme: No, Karen, You Are Not Going to Speak to the Manager

What’s in a Meme?

The term “meme” itself comes from evolutionary biologist Richard Dawkins, who was trying to describe the cultural equivalent of genes. Like their genetic counterparts, memes carry bits of information and get repeated, often with small changes introduced. Unlike biological genes, however, people intentionally change memes as they share them on social media. Users on sites like Twitter, Facebook and Reddit edit images or text to reinterpret a cultural moment.

Several years ago, an image of a police officer pepper spraying sitting protesters sparked a chain of these kinds of reinterpretations. People edited out the protesters and replaced them with kittens or Disney characters, making it look as if the officer, former Lt. John Pike, was pepper spraying cultural epitomes of innocence. Mielczarek says these memes made the point that the original incident was an overreaction on the part of the police officer. Real-life responses to the pepper spraying indicated that many felt the same way: After the image went viral, the officer’s employer, the University of California, Davis, put him on leave and paid nearly $1 million to the targeted protesters in a lawsuit.

In November 2011, seated protesters at the University of California, Davis, were pepper sprayed at close range by a police officer. (Credit: Louise Macabitas/Wikimedia Commons)

In her analysis of the memes, Mielczarek didn’t find any concrete evidence that the university responded as it did specifically because of the viral images. But in a way, the memes themselves could be interpreted as a form of punishment.

“The memes function symbolically as dispensing social justice by the outraged public on behalf of the students because there was no other recourse,” Mielczarek says. Not everyone who shared or made the memes necessarily felt this way, she adds. But the renditions of the original photo highlight bigger grievances than the single incident. Sure, there is humor in the absurdity of pepper spraying Bambi. Beneath that, “the vibe of the meme is power and power abuse,” she says, “and that gets deployed throughout the meme to punish the institution.”

Memes referring to broader themes might trivialize some incidents, however. That’s part of what Jelani Ince thinks of as the “double-edged sword” of the Karen meme, he says. Ince, a sociology researcher at Indiana University who has studied how social media reflects social justice movements, says that “Karen” functions as satire and has its place to make light of uncomfortable situations. But, when used more broadly, “it becomes a catch-all that doesn’t catch the nuance of interactions that Black people are having with white folks,” he says.

For example, calling someone a Karen substitutes the meme for their identity. A generic Karen is a vague figure, but a white woman called out for racism might have a real-world job, Ince points out. “Who knows what institutions they have access to, or the lives they have the capacity to shape.”

The wide-ranging use of “Karen” might also distract from the critique at the heart of some of its applications — that Karens weaponize their status. Some might dismiss the meme by arguing that not all middle-aged white women adopt the Karen haircut, Ince says. “That’s beside the point. Don’t use that as a means to gaslight and undermine the very real tensions that exist in those moments.”

Meme: Hello, 911? I’d Like to Report Black People Minding their Own Business.

Memes also tend to resonate most with people who have already adopted the underlying arguments they make. Heidi Huntington, a social media researcher at West Texas A&M University, found this when diving into political meme interpretation. When she asked study participants what they thought about particular conservative or progressive-leaning memes, people were more likely to think the image or text conveyed the message well if they personally identified with the politics expressed.

In theory, memes have the potential to spread to a wide range of people online and maybe expose them to something new. But proliferation isn’t always organic — presidential candidates have used memes as advertisements before — and might serve to intensify existing feelings. “Lately, it feels more like reinforcing than ‘come over to our side,’” says Huntington. If that’s the case, memes could further political divides instead of function as a way to reach new audiences.

Despite these limitations, memes provide a way to contribute to conversations outside of traditional news media. All someone needs to make viral images is photo-editing software and a social media account, Huntington says. That’s also some of the beauty of addressing social issues through Twitter and other platforms. Ince’s research highlighted that movements with a strong social media presence, like Black Lives Matter, allow anyone to contribute if they tap into the right hashtags or themes.

And as fast-paced and ephemeral as viral content might seem — particularly memes, which often seem funny at first glance — the depictions still deserve a deeper analysis. The images are shared by people, made by people, and belong to a broader context. “It’s important to approach these situations and respond to those situations with that sort of framework in mind,” Ince says.

More From Discover
Mind
Why We Are Fascinated With Serial Killers
Technology
Text-To-Image AI: Powerful, Easy-To-Use Technology For Making Art – And Fakes
The Sciences
A 2,000-Year-Old Shipwreck Reveals Ancient Trade Routes
The Sciences
5 of the Most Explosive Volcanic Eruptions
Planet Earth
Where is the Lost City of Atlantis — and Does it Even Exist?
Planet Earth
1,700-Year-Old Monkey Remains Give Insight to Ancient Cultures
Recommendations From Our Store
My Science ShopDiscover STEM Kits
My Science ShopDiscover 2022 Calendar
My Science ShopStrange Science
My Science ShopElements Flashcards
Shop Now
Stay Curious
Join
Our List