It's high-pitched, awkward, and weird — but there's a simple way of making listening to yourself easier. 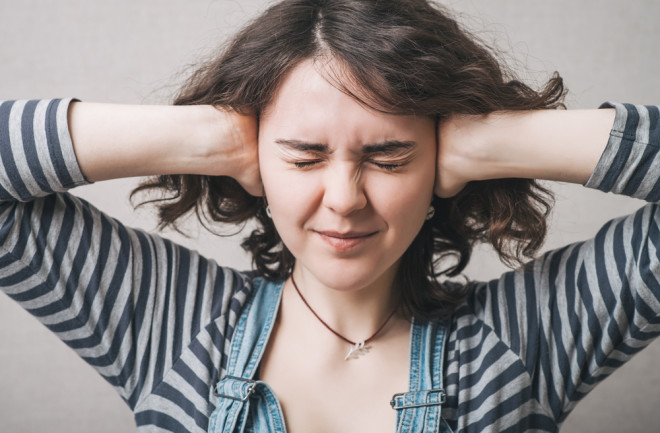 Watching the goofy videos you recorded is all fun and games until you hear the playback of your voice.

“When you hear your own recording, people are often vexed by it,” says Susan Hughes, an evolutionary psychologist at Albright College. “They don't like the way it sounds — they think they sound high pitched or just awkward.” This phenomenon is something psychologists have wondered about for decades, even if it hasn’t gotten a lot of research attention.

In a classic 1966 study, a research team recorded study participants as they described their job and then played back the audio or another clip of someone else discussing their work. When participants heard themselves, their reactions ran from grimaces to surprise (“holy man,” one subject said). Conducted 47 years later, Hughes’ research indicates that our supposed dislike of our own voices might be more based in surprise than actual aversion.

Through Your Thick Skull (and Back Again)

Before getting into how people feel about their voices, one thing is clear: Our bodies make sure that our voices sound differently than they do in our heads. When we hear other people, soundwaves move through the air and then our tiny ear bones to create the electrical signals our brains interpret, explains Merel Maslowski, a psycholinguist at Royal Dutch Kentalis, a hearing and communication research organization in the Netherlands. Hearing ourselves requires a second process. The sound has to go out through our skull as we produce it before it moves through the air and our ears. “When we then hear our own voice played back from a recording, that sound is then only filtered through air, just like other people's voices, and so it sounds different from when we hear ourselves while speaking,” Maslowski writes via email.

Maslowski’s research focuses on speech speed — how we perceive our own and others. Though she says she’s hesitant to speculate on why our voices might make us cringe, research has shown a deeper trove of evidence that people don’t listen to themselves the way they do other people. Measurements of electrical activity in the brain show that regions associated with attention were less active when people heard their own voices (and weren’t told ahead of time what they would be listening to). We also tend not to regard the acoustic cues in our own voices as informative as the cues in other people’s, Maslowski adds.

That we hear ourselves differently than we do other people doesn’t necessarily explain why our own voices might make us uncomfortable. But what would our emotional reactions be like if we didn’t know we were hearing our own voices? That’s the question that drove Hughes and her colleague, Marissa Harrison, to set up a study with local undergraduate students. Participants came to the lab and recorded themselves counting to 10. After completing a range of other tasks to make it seem as if other topics were under investigation in the study, the lab managers asked the students to listen to snippets of voices and rate the attractiveness of the speaker. Some of the clips played back were the speakers themselves.

When asked if they knew their own voice was in the mix, most students said no — the few who said they heard it thought it only came up once, when in reality, they heard it two or three times. The participants consistently rated their own voices as more “attractive-sounding” than voices of others, and individuals gave themselves higher scores than other people assigned to them.

Hughes was surprised by the results, but she and her co-author concluded that there might be two reasons why participants preferred the sound of their own voice. We subconsciously like anything to do with ourselves — a behavior theory psychologists call implicit egotism. Other research shows this concept plays out with letters and numbers, with people preferring those that show up in their name and birthdate, respectively. “So when you hear your own voice that sounds familiar to something that you know, you're just automatically going to have a preference for that because it relates to you in some way,” Hughes says.

We also like things the more we are exposed to them. And though a playback of your own voice may not sound exactly as you expect, there will still be familiar sounds that you have heard before, Hughes says. After all, you hear every word you say.

Hughes thinks that the reason people think they don’t like the sound of their voices might be because it’s surprising. When someone plays a video they know records their voice and they hear something different than anticipated, it might just throw them off. And since the 1966 study where participants grimaced at their own voice, people have had a lot more opportunities to get familiar with the way they sound to others. In 1968, only 38 to 55 percent of people quizzed could identify the sound of their own voices. One of the rare exceptions were radio announcers, who got it 100 percent of the time. Similar surveys conducted in 2008 and 2010 found about 90 percent or more of people identified themselves.

Technology and the recorders many of us carry around in our phones means most people have as many opportunities to hear ourselves speak as a late-60s radio host. And if the exposure philosophy applies here as well, then hearing our own recordings could (mercifully) get easier over time.

Re-listening could help people hear themselves the way others hear them, which could be useful for learning how to hit the right intonations. The ability to inflect our voices appears at a young age, but it’s something we can learn and perfect. Margaret Thatcher supposedly hired a voice coach, a service people still turn to. Individuals with autism sometimes struggle with cadences, rhythms and intonations, which is why some programs aim to help them learn different pronunciation and inflection patterns, Hughes says.

So if you’d like, you could turn your Zoom recordings into an opportunity to learn about how you talk to others. That is, if you can get past hearing your own voice again.