Why Does Pain Hurt?

Artificially intelligent systems manage to avoid danger without any role for feeling pain, so why do we have to? 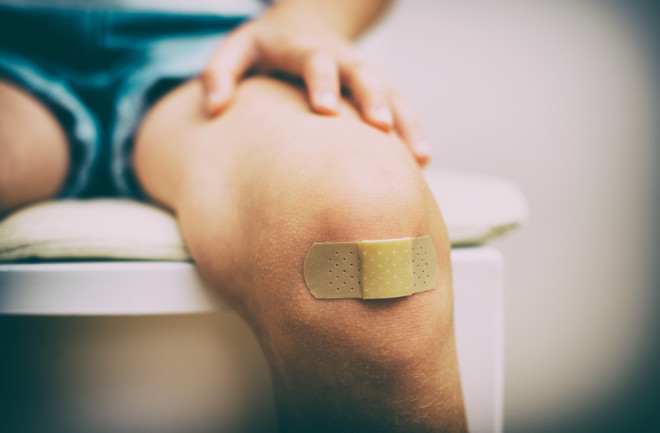 Humans go to extraordinary lengths to avoid pain. We instantly recoil at the touch of something too sharp, or too hot. We spend hours working through our mental pain with trusted confidants. Some people try to reduce their pain with perception altering drugs. The experience of pain hurts. Why?

The medical community has answered this question by positing pain as a kind of alarm mechanism. Pain is a signal of damage to body tissue, or is a sign of disruption to homeostasis (the balance of internal conditions in the body).

Human bodies are covered in nociceptors, sensory nerve cells that pick up chemical, mechanical, and thermal stimulation in our environment. When nociceptors detect conditions that could cause damage, a signal travels along nerve fibers via the spinal cord and into the brain.

The seemingly excessiveness of pain is explained by the smoke detector principle. Knowing that one’s home is on fire, or in this case knowing that your body is suffering damage, is obviously beneficial to your survival and eventual fitness, as you can take action to avoid further damage. Raising the odd false alarm is better than missing the fire.

This understanding of pain draws from a functional-evolutionary perspective, explaining our subjective experience of pain as an adaptation that benefits our survival. An assumption of this school of thought is that our subjective experience, or consciousness, has evolved to have a causal role in promoting behavior that is advantageous to human survival and evolutionary fitness.

Conversely, the opposite of this idea is known as epiphenomenalism, where our conscious first-person experience is a by-product of complex processes unfolding in the brain. Under this view, consciousness has no real causal effect on our behavior and does not aid in human evolutionary outcomes.

Appeals to evolution to explain the function of our subjective experience of pain should be able to describe how feelings, like anxiety or fear, can aid in evolutionary outcomes over and above systems that detect damage through purely informational means.

In artificially intelligent (AI) systems like autonomous self-driving cars, a reinforcement learning reward function is used to make the system value danger avoidance. A reward for steering clear of something that may cause harm is enough for certain AI systems to adequately protect themselves from damage, leaving no room for affect (feelings that could be negatively or positively valenced) in motivating their behavior. It has been recently argued that functionally effective AI systems may not need to incorporate suffering into their learning, and that we ethically shouldn’t.

So what does it mean to feel pain? If a danger avoidance system can function without pain, why are we burdened with suffering when it may not be necessary for self-preservation in a potentially dangerous world? The current medical conception about the function or pain (the alarm mechanism) doesn’t adequately answer this question.

Some clarification can come from individuals who have lost the negative feelings associated with pain. Pain asymbolia is a condition where individuals can register pain, but don’t mind it. It is usually brought about by a surgical alteration of brain connectivity — the removal of the anterior cingulate cortex — which is used as an operation for people who suffer from chronic pain. Patients of these surgeries still have a sensory experience of pain, but only in an informational way. Their experience of pain lacks the negative aspects that usually accompany it.

For individuals that have either an acquired or naturally occurring reduced sensitivity to pain, the results can be fatal. Individuals can accumulate tissue damage and other health risks that cause serious problems for their longevity and quality of life. Clearly, feelings of pain (over just sensory-information) have an involvement in maintaining our evolutionary fitness. So what could this involvement be?

One particularly interesting answer has been suggested by Shimon Edelman, a psychology professor at Cornell University. He and his colleagues have proposed that, in addition to reinforcement learning, pain provides an independent, reliable basis for action-selection.

Namely, pain is the paying of a cost that facilitates a reliable selection of courses of action in the face of adverse situations. Their theory invokes the conceptual framework of honest and costly signaling, which refers to a phenomenon that characterizes various types of signaling in nature. A classic example is the peacock’s tail: its great cost to its possessor guarantees the honesty of the message that it is intended to convey to the peahen (namely, that the peacock is a high-quality mate).

So how does honest signaling play into the process of feeling pain? Let’s say you get stung by a bee. Nociceptors in the skin send sensory information through nerve fibers to the brain. Actors — computational processes that are in charge of action planning — receive these signals and are competing with one another to gain control over behavior (one actor may represent swatting the bee away, another may be to do nothing).

A decision maker or critic has to decide which actor to allow control over action. The actors compete with one another by bidding resources that have been allocated to them in the past (if they have been successful). The actor that ‘bids’ the most resources is usually granted access to control over behavior by the critic. The experience of pain, under this theory, is the paying of the cost of bidding by actors vying for control. In this case, the actor which bid the most resources is the one which represents swatting the bee away, and before you become consciously aware of it, your arm sends the poor bee hurtling through the air.

“More generally, pain seems to be the experience of a vital resource being depleted. In this case, the resource is the reserve out of which the cost of bidding (by actors) is taken; in other cases, it may have to do with the physiological reserves that support homeostasis,” says Edelman.

Edelman and his colleagues' theory about the function of pain is a fascinating one. Whether or not this is the actual case remains to be seen. Pain, as it is experienced in our day to day lives, is often perceived as a problem, something to be suppressed and overcome. In truth, pain is usually part of the solution, a necessary evil that ensures we maintain our precious bodies, and behave in appropriate ways in an indifferent world.