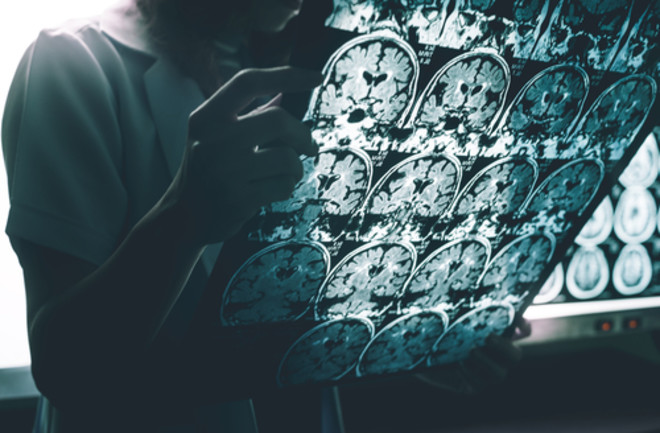 Scientists are still unraveling why Alzheimer’s disease affects men and women disproportionately. Out of the 5 million Americans who have it, about 64 percent are women.

But the reason why women are disproportionately affected by the disease is complicated. And scientists still have miles to go before they fully understand why the disease is so widespread among senior women, and how women can best prevent getting Alzheimer’s.

The most damning factor in Alzheimer’s development is your age – as you get older, your risk of developing it increases. Since women are estimated to live longer than men, scientists think this could be one simple reason why they are more likely to contract the disease – especially since men die more often of heart conditions in their 50s and 60s.

But regardless of life span, some factors may put women at a greater risk then men. The disease is understood to be an abnormal part of aging. And with Alzheimer's, overall physical and mental health may have an influence.

So, scientists have studied women’s and men’s physical and mental health to pin down potential risk factors. Women are more likely to develop depression, which can lead to an increased risk of dementia, according to several studies, including one from 2017 that looked at participants’ brain health over 28 years.

It is also estimated that women exercise less than men, a factor that has been linked to higher rates of Alzheimer’s. But the effects of exercise seem to lessen both men’s and women’s risk of developing the disease — in April, another study concluded that exercise can help slow development of Alzheimer’s.

Still, when it comes to differences between men and women, the answers aren’t always so clear. Genes and hormones may also play a role, but bring scientists into murkier territory, sometimes leaving them with more questions than answers.

Game of Genes in Alzheimer's

One of the greatest biological risk factors for Alzheimer’s comes from a gene called APOE4, which has been liked to an increase in risk in both men and women. But having this gene could be even more dire for women – a 2014 study found that female participants had an even greater risk of developing the disease than men with the gene.

Women also see hormone fluctuations during menopause that may interact with the gene and could help explain why their brains are more susceptible to Alzheimer’s. Around age 40 or 50, estrogen, progesterone and testosterone levels drop in women. Often times these changes cause women to experience hot flashes or bouts of depression, but the effects of change could have a lingering impact on the brain, too.

Researchers have looked into whether hormone therapy could be a solution to preventing Alzheimer’s in post-menopausal women since the 1990s. A 1996 study published in JAMA tested hormone replacement therapy in women, finding that estrogen supplements led to a decrease in Alzheimer’s development when administered before menopause.

But despite the fact that the analysis was published in a major medical journal, little follow-up research was conducted into the effects of hormones over the next decade.

Pauline Maki, who serves as director of Women’s Mental Health Research at the University of Illinois at Chicago, has studied the effects of Alzheimer’s on women for over two decades. She says Alzheimer’s research hasn’t always been focused specifically on women, despite the fact that they make up two-thirds of patients.

“That’s a historic phenomenon,” she says. “If women are more likely to manifest the risk factor, then studying women makes a lot of sense, doesn’t it?”

But over the past 15 years, she has seen the field change. In 2005, a study dubbed the Kronos Early Estrogen Prevention Study was launched, and studied women’s responses to estrogen and progesterone for four years. And in 2014, researchers conducted randomized hormone therapy trials on women in rural Utah, to eliminate what Maki calls “healthy user bias.” This report, dubbed the Cache County study, compared the results of hormone therapy in women from a variety of backgrounds to see if women’s brains, regardless of their health, wealth and educations status, would respond to hormone therapy.

It turns out, hormones can be effective in many cases for women. But it also became apparent that the timing of therapy was more important than anything.

Maki has seen a few major findings emerge over the past 15 years. First of all, the use of hormone therapies after women go through menopause does not have an effect on their likeliness to develop Alzheimer’s. But when hormones are added as women transition into menopause, the therapies can be effective in lessening their likelihood to develop the disease.

Though hormone therapies do show promise, they probably won’t fix every problem, as Alzheimer’s develops from a combination of factors. Maki cautions that researchers still have a long way to go.

She was one of the researchers who conducted a meta-analysis into the impact of sex and gender on Alzheimer’s research in 2018. The report was published in Alzheimer’s & Dementia, on behalf of the Society for Women’s Health Research, a nonprofit research organization where Maki is a board member.

The report surveyed studies dating as far back as 1993 to analyze the state of research into Alzheimer’s effects on women. The authors found that there is a lack of research into biomarkers, social and work-related stressors, and response to treatments especially in regard to women. And to gather more conclusive evidence, they suggest researching these impacts on more minority populations, especially African Americans, who have higher rates of Alzheimer’s than white populations.

While certain factors may put women at a disadvantage, researchers still have a ways to go to understand the differences between the gendered response to Alzheimer’s development. But Maki says bodily stressors – whether hormonal, social or physical, can take serious tolls on at-risk populations as they cross into midlife.

“What you do at midlife really determines your risk for Alzheimer’s disease,” Maki says. “There’s no cure … it’s all about prevention.”

More From Discover
Health
This is Your Brain Off Alcohol
Mind
Music, Dance and Bilingualism Could Help Alzheimer’s – If Learned Young
The Sciences
Optical Illusions Are Weirder Than You Think
Mind
People Are Drawn To Others With Similar Body Odor
Health
Researchers Restore Cell and Organ Function in Pigs After Death
Mind
Could Brain Injuries Explain King Henry VIII’s Tyrant Behavior?
Recommendations From Our Store
My Science ShopDiscover STEM Kits
My Science ShopDiscover 2022 Calendar
My Science ShopStrange Science
My Science ShopElements Flashcards
Shop Now
Stay Curious
Join
Our List