Researchers investigated the case of a Colombian woman whose rare genetic mutation helped protect her against Alzheimer's disease. 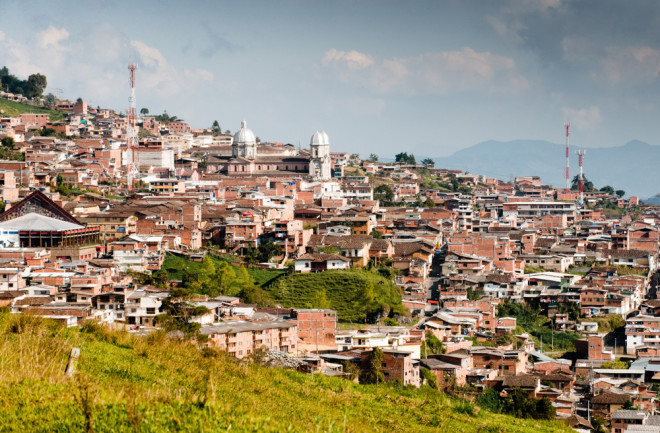 The town of Yarumal, Colombia. Some people from the town carry a rare mutation that makes them highly susceptible to early-onset Alzheimer's. (Credit: Oscar Garces/Shutterstock)

Her genetic makeup indicated that she would almost certainly get Alzheimer’s disease by the age of 50. But one woman escaped that fate. She lived into her 70s before experiencing any issues with thinking skills, and even then avoided the worst of the condition.

Could this woman’s rare genetic mutation shift our understanding of Alzheimer’s disease?

That’s the theory from scientists who studied the case of a Colombian woman with a unique quirk of DNA that kept dementia at bay for decades. She was seemingly protected from the effects of Alzheimer's, though her brain had already developed a key characteristic of the disease. In a study published earlier this month in the journal Nature Medicine, the researchers note that the findings could shed light on new ways of treating — and possibly preventing — the degenerative brain disease.

All In The Genes

For most people, the causes of Alzheimer’s are largely unknown — and not dictated by genetic predisposition. But the woman, who was not named in the study, was part of a group of Colombian families with a high genetic likelihood of developing early-onset Alzheimer’s. These 1,200 individuals, most from the town of Yarumal, tend to experience problems with memory and thinking skills at an unusually early age, typically in their 40s.

Yet it wasn’t until her 70s that the woman developed any mental problems at all. Later in life, she was diagnosed with what’s called mild cognitive impairment, where her thinking skills had dulled, but not to the point of a dementia diagnosis. In other words, no Alzheimer's.

Tests on the woman’s brain showed high levels of amyloid beta, a sticky protein that accumulates into the “plaques” that have become a hallmark of the disease. But she didn’t present any of the symptoms associated with Alzheimer’s, such as memory loss and behavioral issues. Nor did she show other neurological signs of the disease, like tangles of tau, a protein that accumulates in the brains of Alzheimer’s patients. She also suffered little neurodegeneration, the death of the brain’s nerve cells.

Read More: Why Do Women Get Alzheimer’s More Than Men?

So, what kept her healthy for all those years?

In addition to the mutation that causes early-onset Alzheimer’s, the researchers found another rare mutation, in a gene called APOE. Usually, the gene is known for making molecules that carry cholesterol and other fats through the bloodstream.

Dubbed the Christchurch mutation, after the New Zealand town where it was discovered in 1987, the rare gene may have helped to counteract the negative effects of Alzheimer’s, staving off the onset of dementia.

And while the study authors note that the groundbreaking case provides new possibilities for treating Alzheimer’s disease, further research — and a larger sample size — are needed to establish a link between the Christchurch mutation and protection from the disease.

“It has to be hoped that this spurs research into [additional] therapies,” said John Hardy, a neuroscientist at University College London who was not involved in the research, in a prepared statement. “It is, however, a single case report and it is prudent to be cautious about over-interpreting a single patient’s data.”