Moods and emotions can spread like a bad cold, but science isn’t sure why. 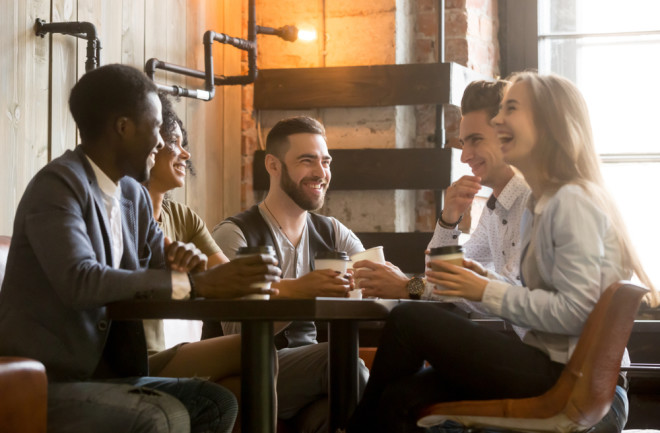 Have you ever been in a group of people who got the giggles? One person starts laughing about something no one else seems to have noticed, and soon everyone is cracking up. Or maybe you’ve had your mellow completely harshed by the Eeyore in your group. It’s as if our emotions harmonize, converging on a pitch, low or high. It’s the kind of thing most of us have noticed, at least occasionally.

Scientists have noticed it, too. There’s quite a body of psychological research on this, and much of it connects the experience to feelings of empathy and sympathy. But it’s a surprisingly complex phenomenon that can involve physiological and psychological manifestations. It can occur even among strangers and over long distances.

So why do we catch each other’s moods?

In Affective Neuroscience: The Foundations of Human and Animal Emotions, neuroscientist and psychobiologist Jaak Panksepp argues that human brains evolved to support social behavior and social cohesion. We’re social animals, and for social animals, being able to tune in to other people’s moods is a survival advantage. That could be what’s behind contagious emotions.

In an article in Psyche, Jack Andrews, a cognitive neuroscientist at the University of New South Wales in Sydney, Australia, offered another possible reason for contagious emotions. He speculates that among the many potential advantages of catching another person’s emotions is that we often use other people’s responses to social situations to help us decide the best emotional response we should take.

This might be especially useful when fear is the emotion going around. You don’t want to be the only person in the group who doesn’t pick up on the fact that you need to hightail it away from the dude in the hockey mask brandishing a chainsaw.

Dark Side of Emotions

Of course, there’s a dark side. Emotions such as depression and anger can also be contagious. If you spend any time at all on social media, you’ll know there’s a lot of anger going around right now. You might even say we’re in the midst of an epidemic of anger. These days, contagious anger is a serious problem for individuals and society (though an advantage for social media barons, who have discovered that anger keeps us engaged).

But even “catching” a toxic emotion like anger could potentially have some survival advantage. If someone is angry with you and that person poses a threat, being able to muster enough anger to defend yourself might be helpful, even lifesaving.

Andrews, who specializes in the mental health of adolescents, noted that teenagers are more susceptible to catching emotions than adults. He says this may be partly because young people have more trouble regulating their moods, making them more vulnerable to the influence of others — especially their peers.

That’s not always bad, though. Andrews cites a 2015 study that found that kids with happy friends had a lower risk of depression, or if they were already depressed, they had a better chance of recovery. So it seems the good just may outweigh the bad. The same is true for adults: Positive emotions, such as laughter, are likely to be more contagious than negative ones.

These days, when it seems negative emotions are spreading like a coronavirus, it’s nice to know we can help each other by spreading a little joy and laughter — kind of like a vaccine.