What We Know About the Causes and Symptoms of ADHD

The disorder makes it difficult to concentrate, and usually manifests itself during childhood. But the exact causes are still unknown. 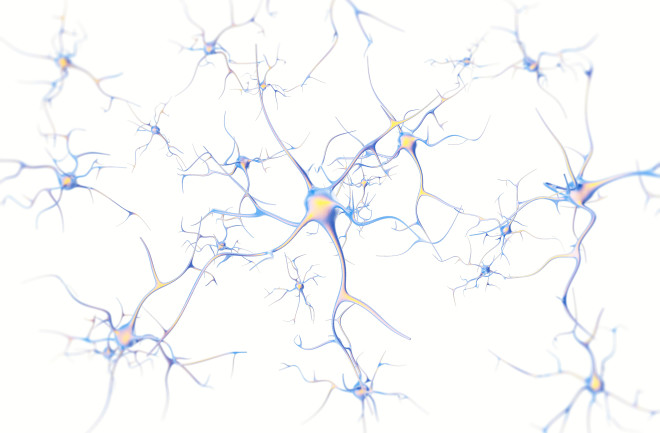 ADHD, or attention deficit hyperactivity disorder, usually conjures images of a child bouncing off the walls, or an adult who’s constantly distracted. Symptoms like these are what first caught physician Sir Alexander Crichton’s attention. In his 1798 book on mental conditions, he wrote that people who experienced such symptoms “say they have the fidgets.”

Eventually, experts would realize ADHD is much more than that. At various times throughout history, experts believed there was scant evidence of abnormal activity in the brain, and instead considered it a moral defect or a hyperkinetic reaction of childhood. It wasn’t until the 1930s and ’40s that researchers realized there was a strong link between ADHD-like symptoms and the brain.

Now, although many mysteries still shroud this disorder, we know the brain and how it functions is a crucial factor, and the scope of symptoms goes well beyond fidgeting.

What’s Going on in the Brain

Kids and adolescents with ADHD tend to have about 3 to 4 percent less brain volume than their neurotypical peers. Plus, the brain’s outer layer, or cortex, usually develops more slowly, lagging behind by about three years. Even in adulthood, some regions don’t catch up. These reductions could explain some classic ADHD symptoms, such as difficulty focusing or fidgeting.

Although these aren’t all the areas and networks implicated in the disorder, here are some key players and how they differ in ADHD brains.

1. Default mode network (DMN): Sometimes called the “daydream” network; consists of multiple regions and is more active when not focused on a task.In ADHD brains: These regions don’t communicate with each other properly. As a result, the DMN doesn’t shut down when it should, inhibiting the individual’s focus.

3. Cortico-striatal-thalamo-cortical networks: Of the five networks, two play a role in attention while one is involved in emotions, another in motor activity and the last in impulsivity. In ADHD brains: Connections in the networks are dysfunctional, though research into how this happens isn’t conclusive.

To diagnose the disorder, psychiatrists turn to the Diagnostic and Statistical Manual of Mental Disorders (DSM). The handbook, which has been around since 1952, is currently in its fifth edition. But in those 60-plus years, the DSM has flip-flopped on including both the traditional hyperactive variety of ADHD and non-hyperactive variations, which fly under the radar and are harder to diagnose. The most recent edition includes not just the hyperactive subtype, but what are called the inattentive and combination subtypes. According to the DSM, to diagnose the disorder, the symptoms should have been noticeable in childhood, even if some of the behavior is shed as an adult. However, several recent studies have suggested adults may develop ADHD, too.

• Must exhibit six or more symptoms.

• Must exhibit five or more symptoms.

• Symptoms apparent in at least two settings, such as home, school or with friends.

• Symptoms don’t fall under another mental disorder, such as depression or anxiety.

• Has trouble holding attention on tasks or play activities.

• Seems not to listen when spoken to.

• Is forgetful in daily activities.

• Fidgets with or taps hands or feet; squirms in seat.

• Leaves seat in situations when remaining seated is expected.

• Unable to play or take part in leisure activities quietly.

• Blurts out an answer before a question has been completed.

• Has trouble waiting their turn.

• Interrupts or intrudes on others.

The Man Behind the Curtain

Perhaps one of the biggest mysteries still puzzling researchers is what actually causes ADHD. The more scientists discover, the clearer it is there’s no wizard behind the curtain. Instead, they’re focusing on the curtain itself — and the closer they look, the more threads appear in the disorder’s complex tapestry.

There’s evidence genetics are involved, as ADHD often runs in families. Parents and siblings of people with ADHD are two and eight times as likely to have the disorder. And some researchers have identified genes that are linked with susceptibility to the condition.

Other research suggests environmental influences could hold some sway. Pesticides and lead have been linked to the disorder, as well as polychlorinated biphenyls, or PCBs — a group of chemicals popular in products like paints, dyes and plastics until they were banned in 1979. Additionally, other studies have found that children who had extremely low birth weights (average 2.6 pounds) or were born extremely prematurely (less than 26 weeks) are also more likely to develop ADHD.

Overall, many scientists seem to agree that it’s likely these genetic and environmental factors collectively add up to what we see as ADHD.

ADHD by the Numbers