What Is the "Bible of Psychiatry" Supposed to Do? The Peculiar Challenges of an Uncertain Science 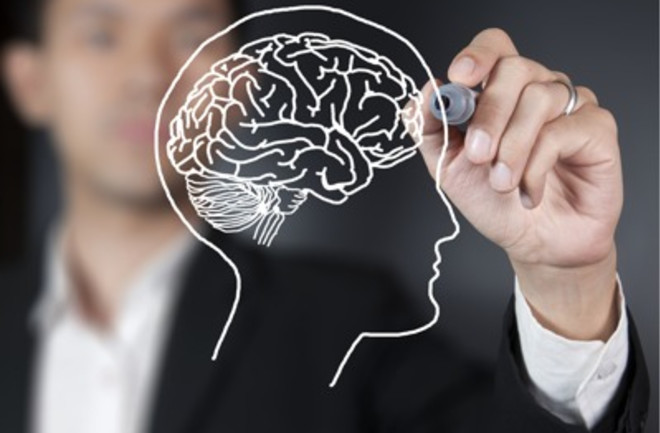 The American Psychiatric Association have just published the latest update of the draft DSM-5 psychiatric diagnosis manual, which is due to be completed in 2013. The changes have provoked much comment, criticism, and heated debate, and many have used the opportunity to attack psychiatric diagnosis and the perceived failure to find "biological tests" to replace descriptions of mental phenomena. But to understand the strengths and weaknesses of psychiatric diagnosis, it's important to know where the challenges lie. Think of classifying mental illness like classifying literature. For the purposes of research and for the purposes of helping people with their reading, I want to be able to say whether a book falls within a certain genre—perhaps supernatural horror, romantic fiction, or historical biography. The problem is similar because both mental disorder and literature are largely defined at the level of meaning, which inevitably involves our subjective perceptions. For example, there is no objective way of defining whether a book is a love story or whether a person has a low mood. This fact is used by some to suggest that the diagnosis of mental illness is just "made up" or "purely subjective," but this is clearly rubbish. Although the experience is partly subjective, we can often agree on classifications. Speaking the same language How well people can agree on a classification is known as inter-rater reliability and to have a diagnosis accepted, you should ideally demonstrate that different people can use the same definition to classify different cases in the same way. In other words, we want to be sure that we're all speaking the same language—when one doctor says a patient has "depression," another should agree. To do this, it's important to have definitions that are easy to interpret and apply, and that rely on widely recognised features. To return to our literature example, it's possible to define romantic fiction in different ways, but if I want to make sure that other people can use my definition it's important to choose criteria that are clear, concise, and easily applicable. It's easier to decide whether the book has "a romantic relationship between two of the main characters" than whether the book involves "an exploration of love, loss and the yearning of the heart." Similarly, "low mood" is easier to detect than a "melancholic temperament." Accordingly, reliable diagnoses consist of a clear list of symptoms that are easy to define and evaluate. This can be evaluated with statistical test called Cohen's kappa, and results from the DSM-5 field tests have just hit the headlines. Science journalist Ferris Jabr, writing on the latest results of field tests, reported that inter-rater reliability for the new "autism spectrum disorder" diagnosis was excellent, but for two of the most common diagnoses, generalized anxiety disorder and major depressive disorder, it was so bad as to make them unusable. Talking sense Good inter-rater reliability is key, but the usefulness or "validity" of the description is equally as important. I could decide on a genre of literature called "Robots or Food." It's easy to agree on—any story that includes robots or food is a member of the genre—so it would have a high level of inter-rater reliability. But how useful is it? Do people who like one book in the genre tend to like the others? Do the books in the genre touch on similar political themes? Were they inspired by similar early writers? We classify literature not so much because it's fun but because it helps us understand the vast sea of writing out there. Psychiatric diagnosis are judged in the same way. It's easy to think up reliable ways of classifying mental states, but diagnoses must also be useful. They must describe genuine impairment that can be treated by mental health professionals. What do we mean by an illness? In addition to the question about scientific usefulness, psychiatric definitions also involve a philosophical side. The philosophical aspect is common to all medicine and involves the question, "What should we define as an illness?" For example, everyone has a different level of body fat and glucose tolerance. Where should we draw the line to define who has obesity or diabetes? Similarly, we all experience mood changes. When should we say someone has depression? It's easy to say, "when it has a negative impact," but we still have to choose the extent of the negative impact, as we can't define every harmful difference or behaviour as an illness—otherwise we'd all be considered sick. In other words, what we define as a "negative impact" and "increased risk," and where we draw the line between normality, free agency, and morality depends on how we value certain aspects of life and well-being. Once we've decided on what characterises an illness we can then use science to see if a particular diagnosis is a good fit. Just as in the rest of medicine, there are some clear-cut cases (e.g., dementia, chronic psychosis) but most of the debate happens around the middle ground, where what's at stake is quality of life and the extent of the impairment, rather than total disability or impending death.

Notice that I've not discussed mental illnesses as if they were genuinely distinct pathologies that we are trying to "discover." This is because these cases are the minority in medicine (largely infections or discrete genetic disorders) and the majority of illnesses of any type are not like this. For example, cancer, heart disease, stroke, emphysema and the majority of non-infectious diseases involve at least some arbitrary cut-off points. Good diagnoses are human creations that help us better capture a group of related symptoms that respond to a similar treatment plan. They are tools, by and large—not inherent truths. You can see this thinking in action with the DSM-5. One proposal was to include a diagnosis of "attenuated psychosis syndrome" based on the fact that people diagnosed with schizophrenia often go through an initial "prodrome" episode of low-intensity unusual experiences. The idea was to include this diagnosis to catch cases early. But when you look at everyone who has one of these episodes, about 60–80% of them do not go on to develop full-blown psychosis. This proposed diagnosis has now been rejected, as it received a lot of criticism for potentially pathologizing too many people and hurtling them toward inappropriate treatments. It was not considered a useful clinical tool. Will there ever be "biological tests" for mental illness? Despite the fact that many psychiatric diagnoses can be made reliably, there is constant pressure to find objective biological tests to replace these descriptive diagnosis. This is in part due to a healthy desire to improve accuracy, but in part due to a fear of being seen as "unscientific," something which psychiatry is particularly sensitive about due to years of criticism. The trouble is, biological tests for mental illness may not be possible in many cases. The reason is that there is not always consistent relationship between the conscious mental experiences and low-level biological processes. This is related to the mind-body problem, which says that even though the mind clearly arises from the brain, it doesn't necessarily follow that the concepts we use to describe the mind can be cleanly mapped onto neurological processes. In short, you can't talk about one without losing meaning in the other. Let's get back to our analogy. No one would deny that a novel comes from the author's words, but imagine if you tried to classify literature not by reading the book but by doing statistics on the text. You might find some differences—maybe romantic fiction has, on average, longer sentences than cowboy novels, or maybe there are more commas per line in current affairs books than in ones with poetry, but you couldn't define poetry as a type of text with a small number of commas—it just misses the point. It is hoped that some underlying property will correlate sufficiently with your meaning-level classification to allow it to be used in its place, but it's not clear that it would be possible to completely replace definitions based on meaning with definitions based on numbers. This applies equally to literature and mental illness. There is also the issue of whether a particular diagnosis is a good starting point for a biological investigation, as many current diagnoses probably do not describe the result of single discrete disorder—making talk of the "gene for schizophrenia" or a "brain scan for bipolar" probably futile. Think how weirdly you'd look at someone if they said they were trying to find the single thing that had inspired all detective novels—but people do the same thing with mental illness all the time. Often, though, scientists encourage this because it makes their work easier to explain and occasionally because they share a naive belief that the diagnosis perfectly captures something with a discrete cause. This is not entirely ridiculous—in 1913 a mental illness known as general paresis of the insane was confirmed as being caused by syphilis—but the history of modern medicine and psychiatry has taught us that these examples are the exception rather than the rule. A final compromise On top of the unsteady foundations of diagnosis are pressures from drug companies (who want diagnoses to sell treatments for, rather than the other way round), insurance companies (who want to change or discard diagnoses because they are costing them too much money), professional organisations (who want to widen the range of problems they can charge for), and researchers (who want to make their name championing a specific disorder). So with all this in mind, you can see why the DSM is so contentious and, some would say, a mess. The irony is that when the DSM-5 comes out, not a lot will change. Most professionals will still use the same handful of core diagnoses and 90% of the manual will be ignored. It's also ironic that modern psychiatry has become fixated on classification. The idea is that better classification will lead to better treatment but the majority of treatments are not diagnosis specific and never have been. That's not to say that diagnosis isn't a useful tool, but it's important to make sure that we don't confuse our tools with actual solutions. If we genuinely want to improve treatment for mental illness, it's the solutions that matter.