Researchers are working to determine if "Emotional Blunting" is a symptom of depression or a side effect of medication. 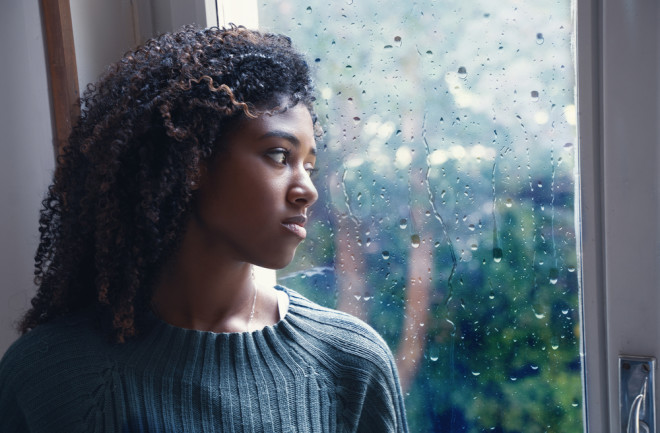 Living with depression is a daily struggle for many people. An estimated 16 million Americans are affected each year, and one in six Americans will experience depression at some point in their life, according to the Centers for Disease Control and Prevention (CDC).

Antidepressants offer many patients relief, but others report side effects, including feeling emotionally numb. Researchers call it "emotional blunting." They're still learning how it's caused and what it might mean in the long term.

A patient is diagnosed with major depressive disorder (MDD) after meeting five of nine symptoms in a two-week period, according to the fifth edition of the Diagnostic and Statistical Manual of Mental Disorders (DSM-5). These symptoms can include having a depressed mood, loss of interest or pleasure, change in appetite, insomnia, fatigue and feelings of worthlessness.

Antidepressants can help ease symptoms, but many patients who use them long-term have reported side effects. Researchers have been tracking side effects for decades, including what they refer to as emotional blunting. For some people, emotional blunting might mean an inability to cry. For others, it can be a sense of apathy towards others. Some patients describe the experience as having a narrow range of emotions and feeling neither very happy nor sad.

Read more: What You Can Do About Seasonal Depression

Emotional blunting is common among people who take antidepressants long-term. In a 2016 study in Patient Preference and Adherence, researchers recruited 180 participants who had used antidepressants for at least three years and asked them to use rating scales to evaluate the effectiveness of their medication, quality of life and perceived side effects.

Almost all — 89.4 percent — said the medication improved their depression. About 65 percent of participants said emotional numbness was a side effect of their prescription. Other side effects included sexual problems, weight gain and feeling addicted.

Similarly, a 2018 study in Current Drug Safety recruited more than 1,400 participants in 38 countries to complete an online questionnaire regarding their experiences with antidepressants. The questionnaire presented 20 adverse effects and asked participants to note whether they experienced it and to what extent. "Feeling emotionally numb" was the most common response, with 71 percent agreeing they had experienced it.

Researchers agree that emotional blunting is associated with antidepressant use, and many clinicians have come to see it as a normal part of the treatment process. But scientists disagree on what causes emotional blunting and whether it will remain with a person long after their prescription ends.

One unanswered question is whether emotional blunting is a persisting symptom of the underlying depression as opposed to a side effect of the medication. Many clinicians have assumed that as antidepressants soften a person's depressive symptoms, other emotions are also lessened.

A 2022 article in Journal of Affective Disorders suggested that emotional blunting isn't caused by the medication. Rather, it is a possible "residual depressive symptom" that persists despite the pharmacological intervention.

Although scientists feel there are several possibilities as to why many people who take antidepressants feel emotionally numb, they agree there is a need for more research to better understand the phenomenon, what causes it and whether it will remain in the long term.

Calls for continued research into antidepressant usage and effectiveness come at a time when diagnoses are expected to increase. Depression symptoms increased three-fold during the pandemic, particularly among people with less financial security. By 2030, the World Health Organization warns that depression will be a leading debilitating disease across the globe.