This summer, the FDA approved a game-based treatment for ADHD. Now, the first large study of brain games is underway and may add more legitimacy to the field. 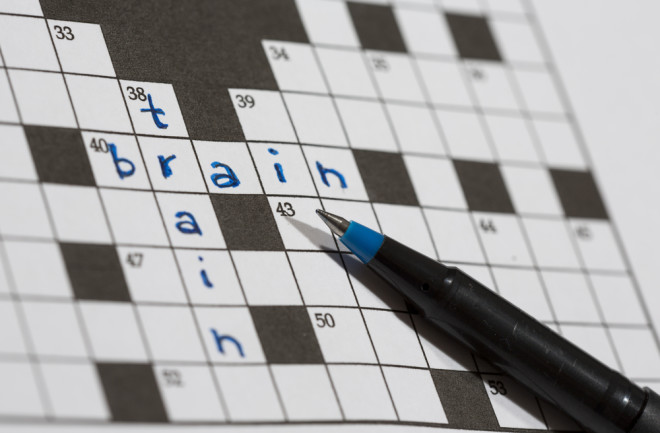 Scientists studying the effects of brain games have announced two milestones in their efforts to bring legitimacy to the field: a massive study seeking 30,000 volunteers, and the first-ever FDA approval of a computerized game to treat ADHD.

Funded by the National Institute of Mental Health, the large study is designed to discern who benefits most — or least — from online games designed to challenge and enhance high-level cognitive abilities.

“We and others have published papers suggesting that brain training works better for some people than for others,” says Susanne Jaeggi, associate professor and director of the Working Memory and Plasticity Lab at the University of California, Irvine. “But we don’t know the characteristics of those people it works best for. By training 30,000 people, we hope to find out.”

Enrollment in the study, which is free, requires participants to first spend about 15 minutes completing a survey, and take a game-like test to establish a cognitive baseline. Participants are then asked to spend 20 to 30 minutes per session playing a variety of challenging games, 10 sessions per week for a few weeks. Participants have a chance to win monthly prizes, such as Amazon gift cards and an iPad. (Learn more here.)

The FDA action, meanwhile, involves a game-based program called EndeavorRx. For children between ages 8 and 12 who have been diagnosed with ADHD, the program requires a prescription and “is intended for use as part of a therapeutic program that may include clinician-directed therapy, medication, and/or educational programs,” according to the FDA’s announcement.

The approval was based on randomized trials involving over 600 children, including a paper published earlier this year in The Lancet Digital Health.

“For me it’s been 12 years since I started working on this game,” said Adam Gazzaley, a neuroscientist at the Weill Institute for Neurosciences at the University of California, San Francisco. “This field began with a lot of promise and some over-inflated enthusiasm. The approval by the FDA is an exciting step forward, but it doesn’t mean we’re done. I see it as a new beginning.”

Skeptics of the field were quoted in the Washington Post as calling the approval little more than a “marketing ploy.” But a senior scientist at the National Institute of Aging (NIA) told Discover that he has been impressed by the research carried out by Gazzaley and Jaeggi, both of whom receive NIH funding.

“Dr. Jaeggi is a serious scientist whose work has been peer reviewed and funded by NIH,” said Jonathan King, a senior scientific adviser in the NIA’s Division of Behavioral and Social Research. “Adam Gazzaley is a grantee on one of my projects. We have some wonderful cognitive neuroscientists who have extremely creative and interesting ideas. The real question is whether the outcomes measured by these studies translate into real-life functional improvements.”

Consumers spent $1.9 billion on dozens of brain-training apps in 2018. Those games — and the unverified claims they make — put scientists like Jaeggi and Gazzaley in an awkward spot.

“When we’re trying to publish a legitimate paper on brain training, these games make it a controversial endeavor,” Jaeggi said. “There is this multi-billion-dollar industry that capitalizes on the needs of people to improve their memory and cognitive functioning. But whether or not these games are effective is unknown.”

King said he applauds Jaeggi’s effort to run such a large study in hopes of moving the science forward.

“A lot of the studies in this area have been very small, with like 50 people, and they have not always had the best and most powerful designs,” he said.  “She’s interested in finding out more than whether it works for the entire group. She wants to home in and find out who in that group it works for.”