What Causes Hallucinations? The Brain May Be OverInterpreting a Lack of Info 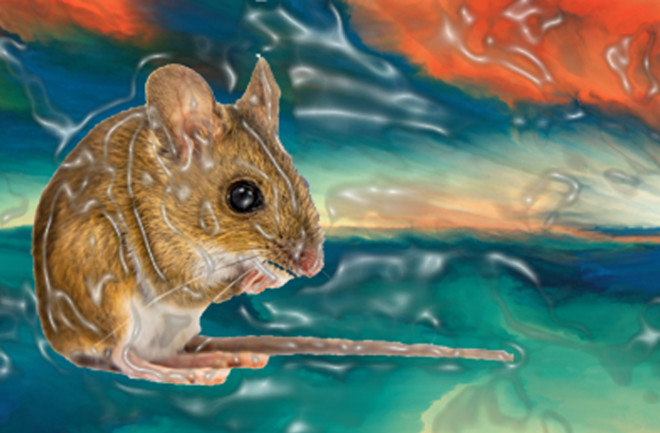 (Credit: Rudmer/shutterstock and Zwerveragsandrew/shutterstock) Mental illness affects millions of Americans. Many people with bipolar disorder, depression, and schizophrenia suffer hallucinations, the perception of something that is not present. From phantom smells to hearing voices and seeing things that are not there, hallucinations can take many forms and stem from many causes. It's not just mental illness, either. Strokes, migraines and inner ear diseases can also lead to hallucinations. And obviously, psychedelic drugs do as well. Yet surprisingly little is known about what’s happening in the brain during hallucinations. Now, in experiments on mice, researchers have discovered that hallucinations reduce activity in the brain's vision center. The finding suggests hallucinations happen when the brain overcompensates for a lack of information coming from the outside world. “Understanding what's happening in the world is a balance of taking in information and your interpretation of that information," Cristopher Niell, a neuroscientist at the University of Oregon in Eugene, who led the new research, said in a press statement. “If you're putting less weight on what's going on around you but then over-interpreting it, that could lead to hallucinations."

Niell wanted to find out how a hallucinogen called DOI (4-iodo-2,5-dimethoxyphenylisopropylamine) affects mice’s ability to see and perceive the world around them. His hope is to better understand, “how we create representations of the world using vision," he said. And like LSD and psilocybin, DOI activates a brain receptor for serotonin, a brain chemical that passes messages between brain cells. Serotonin is best known as a molecule that increases feelings of wellbeing and happiness, but it also plays a role in vision. Previous research from other groups implicated the serotonin receptor in hallucinations from schizophrenia and drugs. Drugs that block the receptor even prevent hallucinations in people with schizophrenia.

The researchers gave mice the hallucinogen. Then, as the mice watched pictures on a screen, the scientists peered into the rodents’ brains. As the researchers watched how the hallucinogen and images affected the mice’s brain activity, they found the hallucinogen dampened the incoming visual information, the scientists report Tuesday in the journal Cell Reports. The finding suggests hallucinations stem from misinterpreting the diminished visual information from the world around us. "You might expect visual hallucinations would result from neurons in the brain firing like crazy, or by mismatched signals," Niell said. “We were surprised to find that a hallucinogenic drug instead led to a reduction of activity in the visual cortex.” The discovery suggests hallucinations come from the brain filling in what it perceives as missing information. But, Niell says, this probably isn’t the whole story. "I don't feel like we've necessarily found the smoking gun for the entire underlying cause of hallucinations, but this is likely to be a piece of it," he said.