Unpacking The Stigma Around Adult ADHD 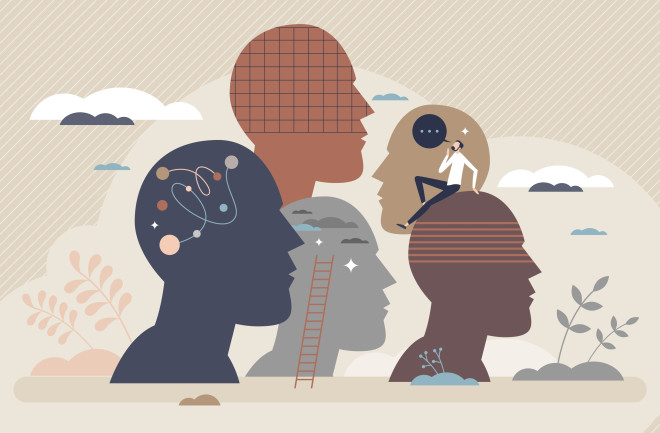 It's not hard to see that there's an overwhelmingly negative narrative surrounding attention deficit hyperactivity disorder (ADHD) and psychostimulants — drugs that can boost the activity of the body's central nervous — in the United States.

Here's the story we're often told: The U.S. overdiagnoses ADHD and overprescribes these stimulant medications. This phenomenon, which some researchers say is a symptom of hypercompetitive capitalism, will lead to a second “opioid crisis,” where we take drugs to tune in rather than out.

The 2018 Netflix documentary Take Your Pills exemplifies this narrative. The film includes interviews with several subjects, some of whom are college students who take Adderall — one used the drug to “sew up” her life, while another had been taking it since childhood. Other featured subjects are more (conventionally) successful adults: a Silicon Valley techie who calls Adderall “jet fuel”; a Goldman Sachs banker who lied his way into getting a prescription, and Eben Britton; a former NFL player who became addicted to Adderall and would take it before every game.

Critics have called the film “myopic,” “fear-mongering” and of little substance other than spreading stigma.

Still, the unfortunate reality is that the film’s narrative isn’t isolated. In fact, recent studies have examined the stigma surrounding adult ADHD, also acknowledging that adult ADHD is itself under-researched compared to its childhood counterpart.

The Problem with Diagnosing ADHD

Our understanding of ADHD has undoubtedly improved over the years. Researchers once believed that nearly half of all children diagnosed with ADHD would “grow out of it” by adulthood. But new research has revealed that while intermittent periods of remission may occur, 90% of children with ADHD will still experience symptoms as adults.

Read More: Is ADHD Really on the Rise?

Really, though, we shouldn’t be thinking of it as “growing out of it” at all. “It’s neurodevelopmental,” says clinical psychologist Amy Marschall. “It’s a brain difference, so 'outgrowing' isn’t really the right word. What happens is, really, that kids don’t get to choose their environment. They’re going to the school you tell them to go to. They go to math [class] when they’re told they’re going to have math, and then they sit still until they’re let out for recess — unless they misbehave and then that gets taken away. As adults, we get a certain amount of self-selection that kids don’t.”

In other words, it’s not that adults age out of ADHD; it’s that they’ve learned to deal with it, or have chosen career paths that are more stimulating and active than, say, sitting in a classroom all day. Marschall contrasts the United States with Finland, whose schooling system greatly differs from ours. Rather than punishing children for speaking out in class, for example, Finnish teachers adapt the environment according to students’ needs. Beyond that, Finland also has lower rates of diagnosed ADHD than the U.S. However, as Marschall notes, that doesn’t mean a lower percentage of Finnish people have ADHD, but rather that the difference in statistics is a result of how ADHD is diagnosed.

“It’s not that their kids don’t have ADHD. It’s that their ADHD is not a ‘deficit,’” Marschall says. “That’s the medical model: If it’s not a deficit, then you don’t have it.” In fact, Marschall herself was diagnosed with ADHD as an adult, but has also been assessed for autism. The only thing that differentiated her diagnosis, she says, was that “[she] didn’t struggle enough to be autistic.”

In short, because we only diagnose conditions when they hinder someone’s quality of life, the difference in diagnosis rates between the US and Finland can be attributed to the systems in which those diagnoses occur. When we make claims that the U.S. overdiagnoses ADHD or prescribes too many stimulant medications, we’re treating ADHD as a problem. That's an unfortunate byproduct of social systems that require compliance to norms very much suited to neurotypical brains, often to the detriment of neurodivergent individuals.

Marschall points out how demoralizing it can be to live in a world that isn't set up for your brain type, regardless whether or not you received any sort of diagnosis. “But especially for those of us diagnosed later in life, we spent decades thinking to ourselves, ‘How come I just can’t do it? How come I’m so lazy? How come I’m not as smart as everyone else?’”

Given that half of adults with ADHD also suffer from anxiety, questions such as these can directly trigger those anxious feelings. Marschall likens the relationship to the meme of a building being held up by sticks: ADHD is the falling building, and anxiety functions as “support,” motivating someone into action in an adrenaline-fueled frenzy. Because some people with ADHD often procrastinate, last-minute panic can be a strong motivator. Of course, this isn’t a healthy cycle.

Additionally, and primarily in the undiagnosed, the self-deprecation of wondering why you’re unable to function normally can lead to feelings of depression. Compounded ADHD, anxiety, and depression can greatly reduce the quality of one’s life, leading to further complications in school, work, relationships, and more — all of which are already impaired by ADHD. Again, we can see this becoming a vicious cycle. Other studies also report that subtle, negative bias towards ADHD results in rejection socially, academically, romantically and at work.

Thankfully, we’re now at a point where more people are becoming aware of this issue, in large part due to the ongoing pandemic. Marschall is qualified to assess patients for ADHD, and says she used to set up appointments within a matter of days. Now, she’s booking appointments two months out. “We had this idea that if you’re meeting all of your demands — paying your taxes, getting your work done, generally being good at capitalism — then you were fine, but with the pandemic stress, working from home, and uncertainty, people are finally starting to take a step back and say, ‘Hey, I think something’s wrong.’ Then they look back at their life, and it all clicks into place.”

Hopefully, as more people learn and speak about ADHD, we’ll begin to see more options available for supporting neurodivergent brains at all levels.