New research explores what might be going on when we feel like passengers to our own experiences. 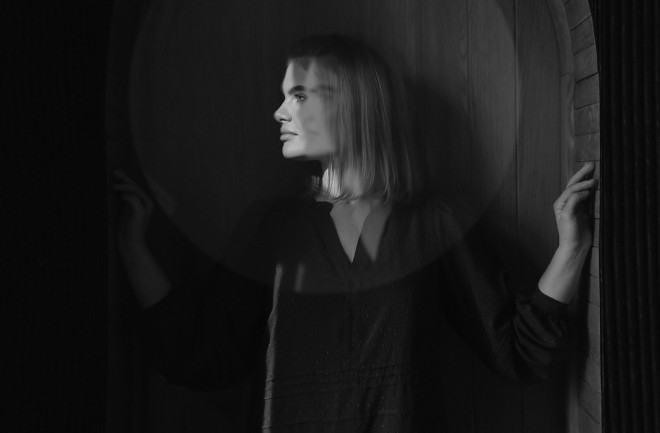 At some point in your life, you may have had the feeling that you were observing yourself. And not in the out-of-body way that we typically associate with near-death experiences, but in a way that felt like you were disconnected from participating in reality.

This feeling, known clinically as depersonalization, is a lot more common than you might expect.

Depersonalization is a condition where people experience a distressing fracture in their first-person perception of the world, accompanied by the feeling that they are ‘watching’ or ‘witnessing’ themselves go about their lives. These ‘self-splits’ can manifest as a detachment from the body (or parts of it), emotions and feelings or even an individual's personal life narrative, causing sufferers to not feel fully ‘real,’ or as if they're running on autopilot.

These surreal sensations aren't exactly rare, either. Feelings of depersonalization are the third most common psychological symptom reported in the general population after anxiety and low mood, especially among young people. People tend to suffer from depersonalization after experiences of trauma, heavy drug use (typically for the first time) or prolonged, severe stress. And although the two conditions might seem similar, depersonalization differs from dissociation, the process of disconnecting from one's thoughts, emotions and sense of self during a traumatic event. By contrast, depersonalization is a condition that can occur and recur for weeks, months, or years after a triggering event or series of events.

For a while, neuroscientists and psychiatrists have been grappling with how these subjective feelings of fragmentation can arise. A fascinating new paper by University of Lisbon neuroscientist Anna Ciaunica and her colleagues may help illuminate what might be going on when we feel like we're watching our own lives from afar.

Our brains are locked away in the cold, dark chamber of our skulls. Senses provide the brain with information about the external world, and interoception, the body’s internal monitoring system, updates the brain on what's happening inside of us. (Think of any time you've felt your stomach gurgle or your heart race.)

But these systems only provide the brain with indirect information. In other words, we receive the sensory effects of causes that we don’t have direct access to. As a result, the brain has to conjure its ‘best guess’ of what caused the sensory signals it’s picking up.

A lot of the time, a large swath of the sensory information our brains receive is coming from ourselves, known as self-caused sensory information. This could be the feeling of our bodies moving through space as we go for a jog, our vision shifting as we move our heads in a certain direction or the sound of our footsteps as we stroll down the sidewalk.

Throughout our lives, our brains get better at recognizing self-caused sensory information. That means we're able to process this information in the ‘background’ because we've reliably and consistently interpreted it in the past. For instance, if I am running to catch a football, I don’t have to pay much attention to the specific movements of my legs, or where my body is in space. My brain can reliably predict the self-caused sensory effects of me running to catch the ball. Because of this, I am able to focus on the trajectory and speed of the ball, helping me predict where my arms will need to be when it arrives.

This example highlights how the brain optimizes the amount of self-caused sensory information that we're consciously aware of, a phenomenon neuroscientists call self-attenuation. Instead of having to be constantly attuned to the sensory data created by my own body, I can focus on the task at hand: catching the ball.

Perhaps somewhat strangely, neuroscientists believe this tendency to self-attenuate gives us our general feeling of being present, and actively partaking in whatever it is that we are doing. In other words, it gives us the feeling that we are in direct contact with ourselves and the world, and that our sense of self and the world are both intact. But this mechanism can also go awry — and when it does, feelings of depersonalization can follow.

In her recent paper, neuroscientist Ciaunica suggests that if our ability to reduce self-related sensory information is disrupted, this may lead to abnormal self-focus and the feelings of detachment. Or, following from the example above, where there's a split between ‘I’ who is doing the running and the ‘I’ who is observing the running.

“What if something dramatically new and potentially dangerous happens to one’s body?" asks Ciaunica. For example, an accident may occur, or severe stress might be triggered by moving to new place or the start of a new job. This could even include radical changes in perception due to drug use. "The brain’s main task is to keep the body alive at all costs." But if the brain perceives that survival as being threatened in some way, Ciaunica continues, its priorities shifts — now, focusing on the self becomes important. "Over-focus, however, may not be optimal and sustainable in the long term," she adds. "Overthinking may lead to a feeling of unreality precisely because, in order to feel real, one needs to be open to reality."

If correct, this idea paints depersonalization as something quite different from the phenomenon of ‘losing’ one’s self, as it is often described. Rather, it is an inability to ‘forget’ one’s self in moments that require focus on the goal at hand. If someone experiences trauma or stress that violate the predictability of our self-related senses, a crack appears. Basically, when attenuation fails, and self-perception becomes imprecise, the weighting of our perception is skewed towards self focus, and what was once taken for granted as ‘real’ and ‘present’ now feels detached and fractured.

Ciaunica thinks it makes sense that depersonalization is often framed in such terms. In a way, it's true: sufferers have truly 'lost' something. "But the very experience of losing oneself is experienced by a someone, a self," says Ciaunica. "That experience does not float in the air; it belongs to someone. So what is lost is not the self, but the familiar way that people used to connect and perceive themselves prior to the event that triggered their depersonalization."