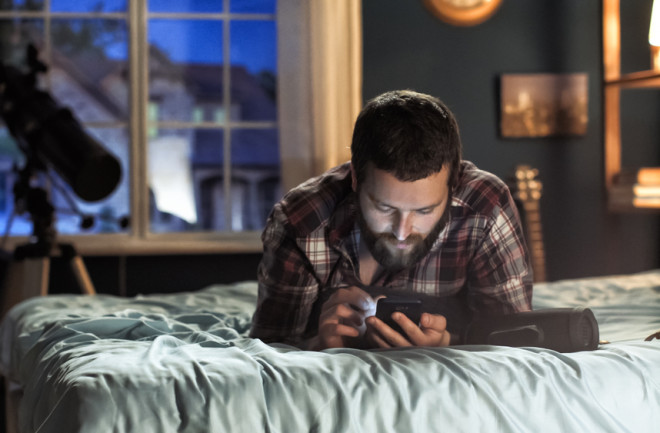 Natural short sleepers seem to have won the genetic lottery, which allows them to thrive on very little sleep. (Credit: Shutterstock)

Your sleep needs are probably influenced by your genes. It’s a new way of thinking about sleep that’s gaining steam, thanks to a rare group of people known as natural short sleepers, or those who can function normally on less than six hours of sleep a night.

And now, a team of researchers at the University of California, San Francisco — who identified the first two genetic mutations that promote natural short sleeping — say they have just uncovered a third short sleeper gene.

Their work, published in Science Translational Medicine today, explains that people who carry a mutation on a gene called NPSR1 can thrive on far less sleep than the generally prescribed seven to nine hours a night.

The newly identified short sleeping genetic mutation was shared by a father and son who averaged just 5.5 and 4.3 hours of shut-eye per night, respectively. The mutation is extremely rare, occurring in less than 1 in 4 million people.

To understand how this gene functions in the brain, the team used gene-editing technology to create mice that carried the short sleeper mutation. They found that the mutant mice spent less time sleeping, were more physically active, and performed better on maze-based memory tests after being sleep deprived than the other mice.

“These mice, after sleep deprivation, can remember what they learn just as well as without sleep deprivation,” said Ying-Hui Fu, a geneticist at the University of California, San Francisco, and a coauthor on the study.

Comparing how mice and humans sleep isn’t exactly an apples-to-apples comparison, but the effects of this short sleeping mutation seem to be similar in humans. In addition to promoting wakefulness, Fu said the mutation is also involved in regulating other processes, including food intake and energy balance, as well as learning, memory and anxiety.

Previously, Fu’s team uncovered two other rare genetic mutations that are found in families of natural short sleepers. Their first discovery was a mutation of the DEC2 gene, which plays a role in regulating a wakefulness hormone called orexin.

“We are working on finding out how these three seemingly diverse pathways converge and interact together to regulate our sleep,” Fu said.

Learning about short sleepers, who seem to sleep more efficiently, could lead to new drugs to help everyone else sleep better.