Think You Love Your Partner? It's Complicated 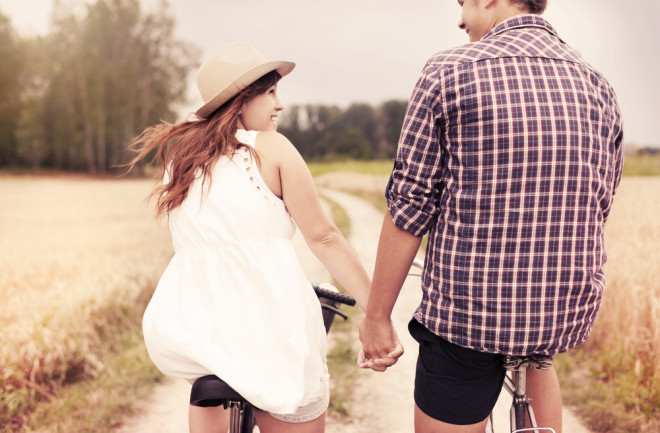 Research is beginning to reveal the complexity of nonconscious feelings we hold toward partners. (Credit: Gpointstudio / Shutterstock)

Valentine cards are filled with expressions of unequivocal adoration and appreciation. That’s fitting for the holiday set aside to express love and reaffirm commitment to one’s romantic partner.

But what if there’s more going on below the surface of these adoring declarations? How might thoughts and feelings that people are not even aware of shape their romantic relationships?

We are two psychology researchers interested in how the mind works, and how it affects a variety of experiences, including romantic relationships. In our studies, we’ve found that how people feel about their partners at a nonconscious level may be a bit more complicated than the typical message in a Valentine. Even for those who consciously express only love and fondness, thinking about a partner can elicit ambivalence – both positive and negative responses of which they’re not consciously aware.

Reactions You Don’t Know You Have

People need to quickly, effortlessly and continuously make sense of their world: Who is a friend and who is not? What is desirable versus harmful? Human beings are always evaluating people, places and things on basic dimensions of goodness and badness.

Psychology studies show that the mere thought of your partner – or the sight of their photograph or name – spontaneously activates nonconscious feelings you hold toward them. For most people in healthy relationships, thinking of their partner elicits a “good” response.

Research into these kinds of nonconscious evaluations suggests they can be a better barometer of relationship quality than what people explicitly say about their partner. For example, people who have stronger positive nonconscious partner evaluations tend to feel greater emotional commitment, security and satisfaction in their relationship. They are also more likely to have a brighter outlook about the future of their relationship and more constructive behaviors in interactions, and are less likely to break up.

But poets and song writers have long lamented that those you love are also those who can hurt you most. Psychologists too have long recognized that lovers’ thoughts are complex. It seemed to us that when it comes to romantic partners, people may not have positive reactions only.

Accessing What’s Beneath the Surface

So how did we tap into that ambivalence people may not even be aware of having? In our work, published in the journal Social Psychological and Personality Science, we used an indirect method. It assesses how people feel about their partner not based on what they say, but by inferring their feelings based on how they do on a word classification task.

Here’s how it works. Imagine that we were looking for evidence of how people felt about something that is clearly positive, like flowers. We would quickly flash the word flower on the screen, then replace it with a second word that is unambiguously good or bad in meaning, such as sunshine or garbage. Participants’ task is seemingly simple: ignore the first word and classify the second “target” word as good or bad.

Even though people are told to ignore flower, they can’t. Thinking of flowers brings to mind not just specific objective features – flowers have petals, a stem – but also feelings and attitudes about them – flowers are beautiful, good.

As a result, after seeing a positive word like flower, most people are faster at classifying targets, such as sunshine, as “good,” and slower at classifying targets, such as garbage, as “bad.” In fact, research shows that the first word, flower, triggers a motor response towards the “good” response. So, if the target word is also “good,” like sunshine, seeing flower facilitates the correct classification. But, when the target word is “bad,” like garbage, there is what psychologists call response competition; since flower triggers a motor response towards “good,” people need to override it to correctly classify a “bad” target.

Of course it works in the other direction too. If, instead of flower, the first word has negative connotations, such as cockroach, people are faster at classifying garbage as “bad” and slower at classifying sunshine as “good.”

We used this type of indirect method to assess the feelings that spontaneously come to mind when people think about their partners. So, instead of flower, imagine that the first word flashed was your nickname for your sweetheart.

This boost in response speed to the negative targets was almost as big as when thinking about a cockroach! It’s as though thinking of one’s partner spontaneously brought to mind a negative evaluation.

Research like our study is just beginning to reveal the complexity of these nonconscious feelings toward partners. Why might someone simultaneously hold such conflicting emotions?

Our findings fit with both theory and intuition. Even in the most satisfying and secure relationships, partners experience disagreements, frustrations and misunderstandings. And even the most supportive and responsive partners aren’t always available. Experiencing a negative emotion or interaction is not necessarily an issue. In fact, it seems to be a normal part of relationships.

Psychologists have long considered ambivalence to be pathological, characterized by anxiety and internal conflict, experienced only by a troubled few. Such consciously experienced ambivalence may well be problematic. But the sort of nonconscious ambivalence revealed by our research does not seem pathological. Rather, it appears typical and may occur even when you very much love your partner.

So if you are feeling at some level a tinge of ambivalence towards your partner, know that you are far from alone. Perhaps on this Valentine’s Day, consider honoring your relationship by fully embracing the complexity of your feelings.

Awkward Silences: Maybe It's Time to Stop Avoiding Them and Start Embracing Them

More From Discover
Mind
Brains Might Sync As People Interact — and That Could Upend Consciousness Research
Mind
Why People Become Overwhelmed by Conspiracy Theories — and How To Help Them
Mind
Why Do Some People Love Watching Animals Fight?
Mind
The Science of Spotting a Liar
Mind
Is There Such a Thing As Universal Humor?
Mind
How Does Extreme Heat Affect Our Brains?
Recommendations From Our Store
My Science ShopCosmos: Possible Worlds
My Science ShopStrange Science
My Science ShopEinstein's Universe
My Science ShopElements Flashcards
Shop Now
Stay Curious
Join
Our List