What will it take to make recording dreams a real possibility? 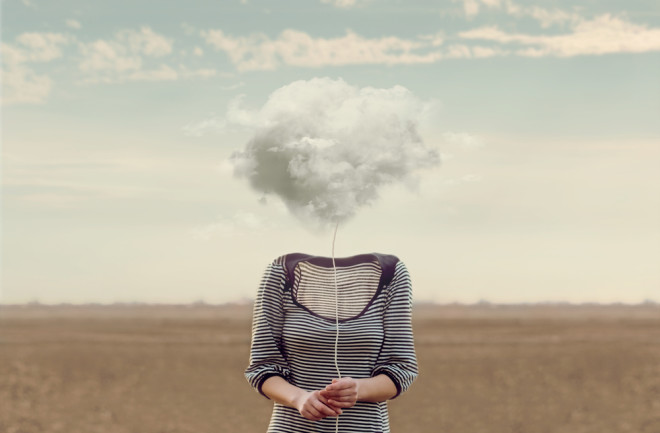 Dreams can feel awfully real when you’re deep in sleep. Perhaps you find a hidden doorway in your home that leads to entirely new rooms and passageways. Maybe you went to work in your underwear — yikes.

When you wake up, you check your closet for that mysterious doorway; maybe you jolt awake in a cold sweat, instantly relieved you still have plenty of time to properly clothe yourself before leaving the house. Regardless, whatever you were experiencing felt very real just moments ago.

Dreams are essentially vivid memories that never existed. Yet you find yourself inside an all-encompassing parallel reality, a fantastical world that’s uniquely yours. The trouble with dreams, especially the fun ones, is that they’re fleeting. Often, you can’t remember a thing from a dream just moments after waking — the echo of some feeling is all that remains. But what if you could record your dreams, and play them back for analysis, or even share them with friends?

Theoretically, experts say, that might one day be possible.

In 2011, researchers from the Gallant Lab at the University of California, Berkeley had participants watch movie trailers, and researchers were then able to reconstruct low-resolution videos of what they were viewing using only their brain activity. They improved on the process and published a follow-up study in 2016. The actual reconstructions were rough patterns rather than high-definition reproductions of the trailers. Still, this computational marvel piqued the curiosity of other scientists who wonder if a similar approach could be used to record dreams.

“We don’t know for sure, but some day, I could imagine that it’s possible. I mean, the information that represents the dream is present somewhere in the brain, so in principle, there’s no reason why it shouldn’t be possible,” says Martin Dresler, a sleep scientist at the Max Planck Institute of Psychiatry in Germany.

Yukiyasu Kamitani, a neuroscientist at Kyoto University, shares the same sentiment. His dream research falls at the intersection of neuroscience and computer science.

“I think at least some visual aspects of dreaming can be captured in the form of a movie at low spatial and temporal resolution. It should be noted that a movie might be just a coarse approximation for a dream,” says Kamitani.

So, it’s clear we can’t record dreams today. But what does the path toward that goal look like?

Runnin’ Down a Dream

In April 2017, a group of scientists from the University of Wisconsin-Madison identified a “posterior cortical hot zone” in the brain that could indicate whether a person was dreaming (having a subjective experience) or not. This part of the brain is involved in perception in a more general sense. Researchers found that when subjects reported dreams — regardless of whether they remembered the dream — there was a decrease in low frequency activity, or slow waves, in this hot zone. Dreams are associated with an increase in high-frequency activity in the hot zone. So this reduction in slow waves in brain activity can serve as a signal for when dreams are occurring, as if a red recording light was suddenly illuminated. This is a big deal, because knowing when dreams occur could allow scientists to more reliably record them — step one.

In addition to identifying cues from the brain that indicate a dream state, these researchers also found that parts of the brain involved in perception during our waking hours behave the same way during sleep.

“When we wake someone up, and they report hearing something, or there was speech for example, we find activation in a very specific part of the cortex: the Wernick’s area, which is known for processing speech,” says Benjamin Baird, a lead scientist on the study. “When people reported seeing a face, we found activation in a very specific part of the brain, known as the fusiform face area. So it appears that specific types of perceptions during dreams activate the same brain regions as perception during wakefulness.”

Chasing dreams isn’t only for dream enthusiasts; the hunt has garnered the attention of sleep scientists as well, especially Dresler and his team. They’ve turned to lucid dreamers to help peel back the mystery of dreaming.

Lucid dreaming is a different level of counting sheep, because it involves meta-cognition: knowing you’re dreaming while dreaming. Lucid dreamers, therefore, can control the outcomes in their dreams; they’re actively involved and they also know they’re dreaming (helpful in a nightmare). The brain state may be similar to that of regular dreamers, except that the part of the brain responsible for meta-cognition, presumably the prefrontal cortex, is also active.

In Dresler’s study, they assigned simple tasks to lucid dreamers such as clenching and unclenching one of their fists, and since they knew exactly when the task began and ended, they were able to associate it with the fMRI activity of dream content. Therefore, they could pair specific actions with brain signals. These dream movements were also associated with activation in the sensorimotor cortex. Dresler’s work leaves him optimistic that it’s possible to record a dream, or at least parts of the dream experience.

“The amygdala, for example, is a brain area that is closely related to emotions and very active during REM sleep. There wouldn’t be any reason against decoding that,” he says. “It might be easier than trying to decode complex visual scenes. There are only so many emotions, to pick up those might even be easier.”

How about sound? Would a future dream recording be silent, or a talkie?

“With sound, the problem could be, in particular, if you tried to do that with fMRI, that the sound of the scanner is so loud, all of the information you might pick up from brain activity is just related to external sound levels,” says Dresler.

Therefore, many scientists studying dreams agree that the easiest component to decode and record would be visuals. Still, when researchers use the word “easy” in this context, it’s highly relative to the difficult task at hand.

Here’s one problem: The brain works differently during sleep. Areas that are active during waking hours may not be as active during sleep. Because of that, there’s a rift between the fMRI data collected during wakeful and sleeping states, which makes it challenging to connect the two datasets with computer algorithms.

“As far as I understand, the most important and richest information they get out of the fMRI data is from very early visual areas,” says Dresler, and that’s not an area that’s very active during sleep. “There’s still quite a ways to go until these algorithms that work fairly well during wakefulness can be transferred to sleep states.”

I Dream of Big Data

Kamitani and his colleagues are beginning to break ground in the emerging field of using artificial intelligence algorithms to research the unconscious realm. His research focuses on decoding visions and movements in dreams, although he sees no fundamental difficulty in decoding other modalities and emotions.

“It’s known that vision is the most dominant modality in dreaming across cultures and ethnicities, which makes it easier to decode,” says Kamitani.

Kamitani and his team say they’ve decoded the categorical contents of dreaming. Kamitani, like other scientists studying the contents of dreams, informed his study by waking up subjects throughout the night and asking them what they dreamed about. He then built individualized catalogues of brain activity corresponding to images perceived during wakefulness, and then trained a deep neural network to recognize those brain wave patterns during sleep states.

By documenting key words and frequent categories from subjects’ dream reports, they selected photos representing each category and showed it to the participants when they were awake. Their brain activity while viewing these images while awake was recorded and compared with the brain activity during dreaming states. Using this method, researchers could predict the content of the subjects’ dreams with high accuracy, and they are currently working on generating images from the brain activity during sleep.

While there are no hard-and-fast truths about the function of dreams, some scientists think they serve as a sort of practice test for the real world. They’re a simulation of reality that allows us, within a very safe environment, to train new behaviors and skills to confront threats or to cope with social situations.

But most of our inferences about dreams and the role they serve in our lives will be coarse, subjective. These preliminary, yet intriguing, efforts to peel back the veil of hidden movies are a step toward a deeper understanding of dreams.

Exploring the individual elements of dreaming leads to cascades of new questions, and the answers aren’t exactly satisfying at this point. It’s not easy to gather information from unconscious subjects. It’ll take creativity and a lot of trial and error, but the effort could help us understand a vastly unexplored facet of the human experience. After all, we spent about one-third of our lives asleep. Shouldn’t we at least try?