What happens in the brain when someone you love dies — and how to overcome it with time. 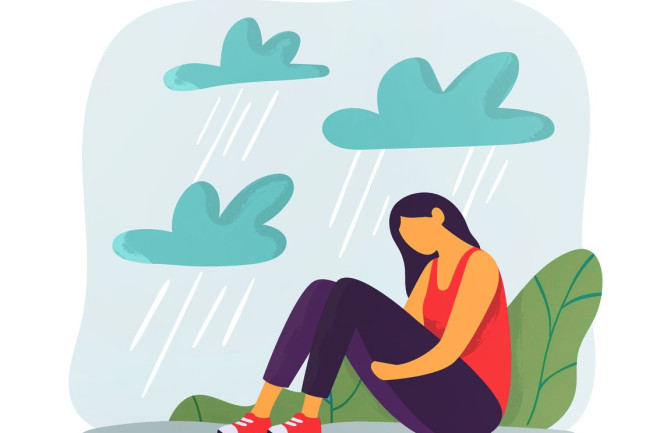 This story appeared in the September/October 2020 of Discover magazine as "The Mourning Mind" We hope you’ll subscribe to Discover and help support science journalism at a time when it’s needed the most.

It was a crisp night in June, the sky bright from the light of the full moon. I stopped at a gas station to fuel up before heading to the hospital to see my father. Three months after heart surgery, his newly replaced valve had begun driving bacteria into his brain, causing multiple strokes. He was dying.

Standing at the pump, I thought about how he would never visit our new home. How we would never dance together again. I paid for my gas, got back in the car and drove out of the gas station — with the nozzle still lodged in my tank.

When I stopped the car, an onlooker who had watched the nozzle fly out of my car’s gas tank said smugly, “You’re lucky it snapped off.”

I was embarrassed, ashamed and, most of all, in despair — not just because my dad was dying, but also because I was losing my mind. But I know now I was not alone: Frequently, humans who have experienced grief can recall incidents in which their brains seemed to stop functioning.

“The problem isn’t sorrow; it’s a fog of confusion, disorientation and delusions of magical thinking,” writes Lisa Shulman, a neurologist at the University of Maryland School of Medicine, in a blog post for Johns Hopkins University Press about her book Before and After Loss: A Neurologist’s Perspective on Loss, Grief and Our Brain. “The emotional trauma of loss results in serious changes in brain function that endure.”

Scientists are increasingly viewing the experience of traumatic loss as a type of brain injury. The brain rewires itself — a process called neuroplasticity — in response to emotional trauma, which has profound effects on the brain, mind and body. In her book, Shulman, whose husband died of an aggressive cancer, describes feeling like she was waking up in an unfamiliar world where all the rules were scrambled. On several occasions in the months after her husband’s death, she lost track of time. Once, after running an errand, she drove to an unfamiliar place and ended up unsure of where she was or how she got there. She pulled off the highway and had to use her GPS to navigate back home.

If these things can happen to a neurologist who understands brain biochemistry, what hope was there for me?

After a loss, the body releases hormones and chemicals reminiscent of a “fight, flight or freeze” response. Each day, reminders of the loss trigger this stress response and ultimately remodel the brain’s circuitry. The pathways you relied on for most of your life take some massive, but mostly temporary, detours and the brain shifts upside down, prioritizing the most primitive functions. The prefrontal cortex, the locus of decision-making and control, takes a backseat, and the limbic system, where our survival instincts operate, drives the car.

In an attempt to manage overwhelming thoughts and emotions while maintaining function, the brain acts as a super-filter to keep memories and emotions in a tolerable zone or obliterate them altogether. According to a 2019 study published in Social Cognitive and Affective Neuroscience, grievers minimize awareness of thoughts related to their loss. The result: heightened anxiety and an inability to think straight.

As I watched my dad transform from a brilliant mathematician who could calculate complex algorithms in his head into a childlike dependent searching for words he couldn’t find, I began to feel like I was the one recovering from a stroke. I fumbled to find words for common objects like lemon or cantaloupe. There were times when I blanked on my husband’s phone number and even my own.

According to Helen Marlo, professor of clinical psychology at Notre Dame de Namur University in California, that’s not unusual. People who are grieving may lose their keys several times a day, forget who they’re calling mid-dial and struggle to remember good friends’ names.

Research shows these cognitive effects are more pronounced among people who have complicated grief, a condition that strikes about 10 percent of bereaved people and is marked by an intense yearning for the deceased. People with complicated grief experienced greater cognitive decline over a seven-year study period compared with those with a less complicated grief response, according to a 2018 study published in The American Journal of Geriatric Psychiatry.

As Marlo explains it, our brains have trouble processing the reasons for the death of a loved one, even making up explanations for it. This can lead us down a rabbit hole of “what ifs” and “if onlys,” particularly if we’re stuck in our grief. Only over time, and with intention, can grief provide fertile soil for growth and transformation.

My dad always seemed to me almost superhuman — all go, no quit — and was at his best when he was making people laugh. He loved pulling a good prank, even dressing up as a waiter at my wedding rehearsal dinner. Nearly 20 minutes passed before it dawned on me that the odd server delivering wine and appetizers was actually my father. He lavished his grandchildren with tickles, belly kisses and really bad renditions of Marvin Gaye’s “I Heard It Through the Grapevine.”

Research suggests our experience of loss — whether muted or traumatic — is mediated by relationships, and the life of those relationships resides in the mind. “Each of us responds to grief differently, and that response is driven by the relational patterns that we lay down early in life, as well as the intensity of the grief,” says Marlo. “So even though regions of the brain might be firing and wiring the same way after loss, the way the mind reacts — the ‘feeling’ experience of grief — is unique to the individual.”

What I hadn’t fully grasped in the early days of my grieving is that the brain and the mind, while inextricably linked, are completely separate entities. Like the parts of a car engine, the two feed off of each other. That’s why my amygdala (part of the primitive limbic system) sounds an alarm when I see a grandfather playing with his grandchildren at the park. It’s because the brain triggers a stress response attached to my feelings of loss.

“Grieving is a protective process. It’s an evolutionary adaptation to help us survive in the face of emotional trauma,” Shulman writes in her book. The way grief manifests — from depression to hopelessness, from dissociative symptoms to emotional pain — is just evidence of altered brain function. So how do you heal an emotionally traumatized brain? “You have to embrace the changes that are happening in the brain instead of thinking you’re losing your mind,” says Marlo.

As with any injury, an emotionally traumatized mind requires a period of recovery and rehabilitation. We don’t return to our usual activities immediately after heart surgery, yet somehow we expect to bounce back after the mind scramble of losing a loved one. “With grief, the mediator between the right and left hemispheres of the brain — the thinking and feeling parts — is impaired,” explains Marlo. “The task is to integrate both, so you’re not drowning in the feelings without thought as a mediator or silencing feelings in favor of rational thinking.”

Research suggests that you can encourage the integration of the right and left hemispheres with activities from medication to psychotherapy to massage. A 2019 study of 23 bereaved people published in Frontiers in Human Neuroscience found that participating in an eight-week mindfulness-based cognitive therapy improved the ability to execute complex mental processes, such as working memory and the ability to curb impulses. Other studies suggest that traditional cognitive behavioral therapy — which trains the brain to change thought patterns — helps foster personal growth among people who are grieving.

“Neuroplasticity moves in both directions, changing in response to traumatic loss, and then changing again in response to restorative experience,” Shulman writes in her book. One way to heal is to reflect on the relationship with the deceased and work to hold both the love and the pain.

For some, that means wrapping themselves in a beloved T-shirt or quilt, visiting the cemetery, journaling about positive memories or creating a photo book or video of life with their loved one. For me, it meant stalking hummingbirds in my backyard; my dad loved to watch their tireless pursuit of happiness. In that respect, the birds were just like my dad. When they flutter around me, I can almost sense his presence.

“Connecting the loss with behaviors and activities helps the grieving brain integrate thoughts and feelings,” says Marlo. “So if your hummingbird-seeking behaviors elicit feel-good emotions, that can put your grieving mind on a path toward healing.”

Amy Paturel is a freelance journalist, essayist and writing coach who writes about health, science and relationships. She lives in Murrieta, California, with her husband and three children. Visit her at amypaturel.com.