The Therapeutic Benefits of Reading

From emotional to neurological wellness, here is how reading is beneficial for your brain. 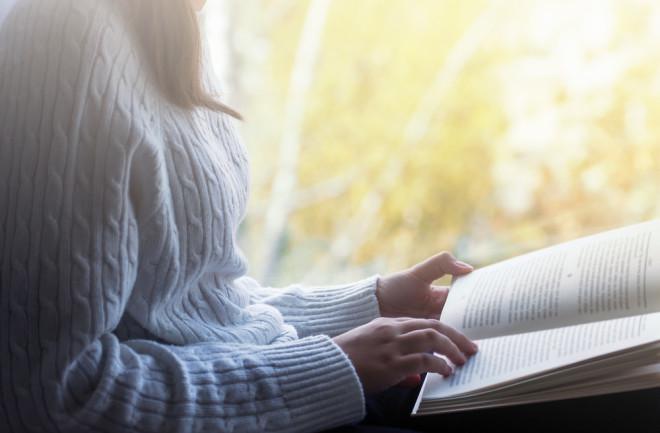 For many Americans, the uncertainty and boredom of the pandemic were escapable in the pages of a book. In 2021, 75 percent of Americans said they read or started at least one book, with the average person reading 14 books.

The percentage of Americans who said they read in previous year has been consistent since 2011, according to annual surveys by Pew Research. Format preferences, however, have changed, and library closures during the pandemic meant some readers opted for e-books over print. Last year, 30 percent of Americans read an e-book, an increase of 5 percent from the previous year, according to the Pew study.

Regardless of the format, reading remains a major form of entertainment, education and at times an escape from real life. However, scientists have also found that reading benefits the brain in terms of both neurological function and emotional wellness.

The More You Know

Studies have found that people who read regularly demonstrate a higher level of declarative knowledge. Declarative knowledge is acquired information related to daily living, such as knowing that a catalytic converter controls exhaust emissions on a car or that a vizsla is a type of dog. It is part of a knowledge set called crystalized knowledge, which also includes our life history and vocabulary.

Crystallized knowledge includes a wide range of cultural literacy as well as our basic understandings of science, philosophy and psychology. It builds over a lifetime, and one landmark study found that readers have greater crystallized knowledge. In the study, researchers recruited two groups of participants — older adults (mean age 79.9) and college students (mean age 19.1). Both groups filled out questionnaires on how they spent their leisure time as well as their reading habits. They also completed checklists in which they denoted books, magazines and authors known to them. They then underwent a series of tests to measure their cultural literacy, vocabulary, working memory and reasoning abilities.

For both groups, reading habits were a “significant predictor” in the strength of the person’s vocabulary and declarative knowledge. The older participants, however, preferred reading as their leisure activity and outscored the college students on all assessments related to declarative knowledge. The authors concluded that crystallized knowledge was maintained in older adulthood, and reflective of building a lifetime of information.

In addition to helping people build knowledge about the world around them, books can be therapeutic. Bibliotherapy is the process in which a book is prescribed to a person experiencing a real-world problem.

Researchers theorize that the practice of reading as therapy has existed for centuries, but it became more streamlined in the U.S. during the mid-twentieth century. One scholar established that bibliotherapy had six clear functions: to show the reader that others have experienced the same problem and they are not the first to do so; to show the reader new solutions; to help the reader understand motivations people feel when faced with a similar problem; to provide facts; and to encourage a realistic approach to problem-solving.

Bibliotherapy is also now seen as a healthy way for a reader to release emotions, and build empathy for the character who faces a similar dilemma. Scientists are now studying how bibliotherapy can be used to increase mental well-being.

One study found that inmates with depression reported enjoying being able to put aside their personal thoughts while engaged with a book, play script or poetry collection. In another study with shared reading groups, inmates reported increased emotional benefits from attending a weekly book group. In the study, prisoners met with a shared reading group on a weekly basis to discuss a designated book. They reported having a stronger sense of socialization and encouragement from engaging with the book and the other group members.

Reading a story can have a powerful emotional effect that scientists have found lingers in our brains.

Researchers at Emory University used a functional magnetic resonance imaging (fMRI) to scan study participants’ brains over a 19 day period while they progressed through an assigned novel. At the start of the study, researchers took images of the participants’ brains while they weren’t engaged in reading a novel. Then, they assigned participants to read each night and to finish the novel within nine days. The book, Pompeii, took readers to 79 AD as Mount Vesuvius threatened to erupt and a man hurried to save the woman he loved.

After each night of reading, participants returned the next morning for an fMRI scan. They then returned for five additional days after the book was finished. The morning after reading, researchers found the brain region associated with language, the left temporal cortex, showed heightened connectivity, and the activity lingered for five days after the participant finished the book.