The Psychology Behind Convenience Store Robberies That Turn Violent

A new study looks into the behavioral scripts and social norms of convenience store robberies — and offers a solution that could help save lives. 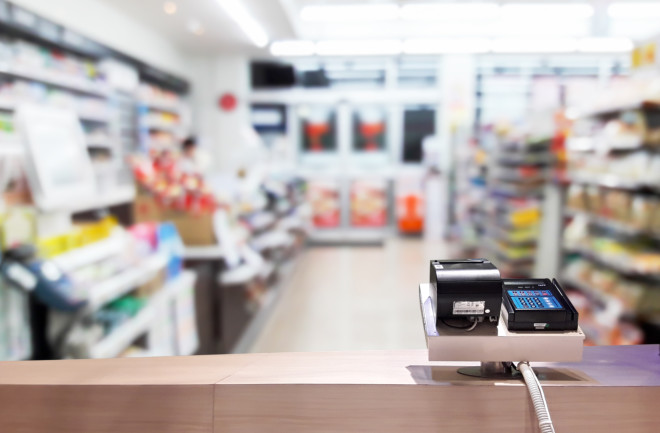 Despite the proliferation of modern security measures, from bulletproof glass and CCTV to security guards and window railings, convenience stores still remain easy targets for thieves. In the U.S., 6 percent of all robberies known to the police take place in these mom-and-pop stores, according to a report by the U.S. Department of Justice. And though most of the time cash is handed over without anyone getting hurt, sometimes things go horribly wrong.

Convenience stores have some of the highest rates of workplace homicides in the U.S. — second only to taxicab drivers. Beyond that, researchers have shown that is often the smallest stores in the poorest neighborhood that are the most vulnerable. Unable to afford better security measures, they are repeatedly targeted by thieves.

But University of Toronto researcher Katherine DeCelles and her colleagues have been investigating why some convenience store robberies go wrong. Beyond that, in a new study published in the Proceedings of the National Academy of Sciences, the researchers suggest some cost-free changes that could save lives in the process.

After analyzing CCTV footage from 196 robberies in Canada over four years, the researchers found a pattern: Robberies were more likely to get violent when the store clerk was not behind the counter when thieves entered the store. (Counter to this finding, training manuals in Canada and the U.S. recommend that convenience store staff are out on the shop floor late at night.)

Having a closer eye on petty shoplifters likely deters them from stealing something like a chocolate bar, DeCelles says. But in the case of armed robberies, it can set off a chain of events that means someone is more likely to get hurt.

For starters, thieves are often surprised to find that staff are not behind the counter when they enter the store in these instances. Of the 648 formerly incarcerated individuals and retail clerks interviewed, 81% said they expected employees to be behind the cash register when a robbery began.

"They go from thinking this is sort of a customer service transaction — I make demands, I get what I need and I leave — to being really unsure,” DeCelles says. “As soon as you step out of the ease of that expected interaction, things become really uncertain."

The Psychology of Robberies

Behavioral scripts and social rituals are followed unconsciously all the time, helping guide us in social interactions with strangers. Like the routine of being seated, greeted and given menus in a restaurant before your order is are taken, these norms are often not realized until they're broken — and that's when people can start to feel uneasy.

The same applies to robberies, DeCelles says, and these broken norms don't just alter the behavior of the robbers, but the unsuspecting store clerks, as well. In reviewing the CCTV footage for the study, the researchers found that when clerks were behind the register when the robber entered the store, the clerk usually acknowledged the robber before raising their hands to signal their compliance. When the clerk was out on the sales floor, however, they were more likely to be holding something, and thus less likely to raise their hands while in a state of shock and uncertainty.

“From a clerk's perspective, they've been told that they're going to be safe, so they're thinking, ‘This can't be happening,” DeCelles says. “And from the robber's perspective, they're looking at this clerk, who's probably frozen and doesn't know what to do, and thinking, 'This person is resisting.'”

In fact, the biggest determinant of violence in a convenience store robbery is most likely the behavior of store clerks, the report by the U.S. Department of Justice found. The unexpected scenario also means potentially uneasy thieves must take control of the situation to move the clerk to the cashier. Such a tense standoff may require touching, verbal interaction or a number of other methods which increases the chance of misunderstanding, panic and ultimately violence. “It's a very different psychological experience, going into a store and demanding something versus going into a store and needing to find and hunt and capture someone,” DeCelles says.

The researchers also identified four “aggravating conditions” in robbery footage where the cashier was on the shop floor. On average, such interactions took longer than those where the cashier was behind the counter, with employees being more likely to show physical resistance — and more likely to prompt additional robbers to enter the store to assist, as well as go behind the cash register.

To see if the interaction between clerk and thief could be nudged towards a more peaceful resolution, the researchers introduced a simple behavioral script for clerks to follow. They implemented the procedure over three years in Canadian convenience stores. Clerks were instructed to put down anything they were holding so that they could put their hands up to show they are not a threat, while verbally stating they were going behind the counter to open the cash register.

In an additional 368 robberies which started with clerks on the sales floor and where they followed the new protocol, the risk of violence dropped significantly. For DeCelles, the study shows that training for store clerks must be modified to show they are compliant. “If somebody's stealing a Snickers bar, you want clerks to be proactive," she says. "Thieves are less likely to steal if they feel eyes on them. But robbery is a very, very different scenario to shoplifting."

The same principle applies at all other high-risk businesses, like casinos and liquor stores, but it may well apply anywhere where social interactions could turn violent, such as when a police officer is manning a traffic stop.

“The idea that you can't just tell people what not to do — but you [still] have to tell them what to do in a highly stressful, potentially violent situation — is a powerful one” DeCelles says. “Both parties are uncertain about what could happen and it could lead to violence. You can't just say ‘don't be violent.’ You need to train people what to do, because otherwise their behavior is unpredictable. I certainly think training the police this way could be a next step.”