The Emotional Psychology Behind Investing

Wondering why your stock portfolio is in the tank? It may be time for some self-reflection. 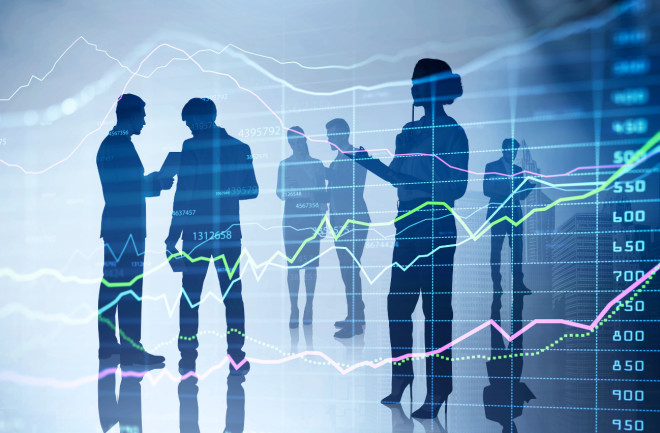 Before anyone buys a mutual fund or trades a stock, they have easy access to a wealth of information about the investment. Corporate earnings reports are posted on company websites, and many financial service companies provide basic analysis statements that explain potential risks. Most investors, however, rely on news reports when making financial decisions.

In a 2020 survey conducted by The Harris Poll, 72 percent of American investors said that current events and news influenced their decisions. And stories about international conflict or public health scares may even be more influential than financial news — in the survey, current events outranked both Federal Reserve announcements (66 percent) and corporate earnings reports (61 percent). These results support past studies that find people are more apt to purchase stocks from companies making headlines.

Read More: Yes, People Are Now Trading and Investing in Water as a Commodity

Why? Behavioral economists are increasingly analyzing the psychology of investing to find out. Studies have so far confirmed that investors can be irrational or blinded by their own emotions; biases pertaining to how we see ourselves as investors or how we view the past are just a few of the ways that emotions can impact investments. Because these emotions are subconscious, most investors don’t have a sense of how their feelings shape their choices — even when their portfolio is tanking.

Behavioral economists in the ‘90s analyzed years of trading activity and found that an investor who thinks too highly of themselves is more likely to lose money. More recent research confirms that many investors still overvalue their financial skills.

A 2020 study, for example, pored through data from the National Financial Capability study, which was administered by the Financial Industry Regulatory Authority in 2015. The recent study included more than 41,000 investors with non-retirement accounts — some were margin investors who borrowed funds for trading, and others were cash investors who used their own money. These investors first took two short quizzes that measured their investment knowledge and overall financial literacy. They then completed a self-assessment in which they rated their own money-management skills.

The researchers found that margin investors were more overconfident in their knowledge than their cash counterparts. Margin investors also traded and speculated more, but their confidence didn’t pay off: They were less profitable than those with cash accounts. The study concluded that confidence can be a dangerous quality in investors, especially when leveraging borrowed funds.

Your emotions toward money can also be shaped by how cash is acquired.

The house money effect considers a person’s tolerance for risk; if a person walked into a casino and quickly won a large sum, would they be more willing to risk it by gambling more? In general, studies say yes. A person who wins a bucket of coins at a slot machine is more likely to continue gambling.

The same concept applies to investing. Research out of Taiwan shows that people with large investment gains are generally more tolerant of risk and more willing to reinvest their earnings. That stomach for risk, however, diminishes over time as a person gets further away from the initial boon that led to the reinvestment. Similarly, those who receive an inheritance are likely to have higher stock market participation.

How we view our past actions can also influence our financial future. The sunk cost fallacy is a bias that behavioral economists say can cause a person to stick with a losing investment. The fallacy comes into play when a person considers the amount of time and other resources that they have put into something and is hesitant to let go of it. This can occur in other aspects of life, too — you might, for example, continue with a graduate degree even if you no longer want to pursue a career in the field, simply because you’ve already devoted significant time to the studies.

Some of us employ a mindset that makes it even more difficult to let go. A study published in Judgment and Decision Making considered what motivated 74 participants to continue with a losing prospect or cut their losses and move on. Researchers used a 24-part questionnaire to categorize each participant as either action-oriented or state-oriented; those who were action-oriented could more easily get over a negative event and focus on the future. State-oriented people tended to ruminate and keep the loss as a current state of mind.

The participants were then given scenarios, at the end of which they could decide to continue a course of action. In one set-up, for example, they pretended to be an airline president whose company was researching a plane that could fly undetected by radars. After putting significant resources into the project, the hypothetical president learned a rival company planned to release a better model. Would you end the project or continue building the inferior plane?

Whereas the action-oriented participants were more likely to end the project, the state-oriented participants opted to continue investing in the doomed product. One of the study’s main takeaways was that a forward-thinking approach helps us to focus on improving the present — and the future — while letting go of what’s been lost. But scholars have also learned that various biases manifest in investment decisions, and sometimes, there just isn’t a rational way to explain them.