The Brain: The First Yardstick for Measuring Smells

Smell is a powerful and evocative sense yet also a deeply enigmatic one. So scientists have invented a more concrete way to pin down what our noses are telling us. 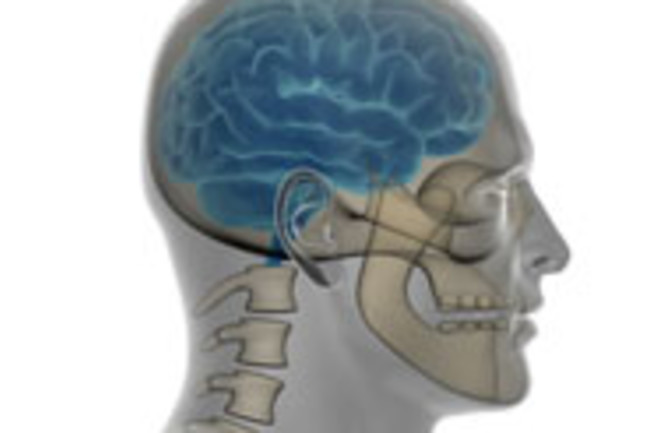 Your nose is a paradox. In some ways the human sense of smell is astonishingly precise. For example, natural gas companies add a smelly molecule called n-butyl mercaptan to natural gas, which is odorless by itself, so that people can sniff gas leaks. All it takes is one n-butyl mercaptan molecule for every 10 billion molecules of methane to do the trick. To put this precision in perspective, imagine you are standing in front of two Olympic-size swimming pools. One of them contains a grand total of three drops of n-butyl mercaptan, and the other has none. Your nose could tell the difference.

But don’t get too smug, because in other ways your sense of smell is practically useless. To judge for yourself, find someone to help you run a simple experiment. Close your eyes while your partner raids your refrigerator and then holds different foods under your nose. Try to name each scent. If you’re like most people, you’ll bomb. In a number of studies, scientists have found that people tested on items in their own kitchens and garages give the wrong answer at least half the time. And as bad as we normally are at identifying smells, we can easily be fooled into doing worse. If orange food coloring is added to cherry-flavored soda, for example, people are more likely to say that it smells like oranges.

Noam Sobel of the Weizmann Institute of Science in Israel and his colleagues have been puzzling over this paradox for the past several years. What has been missing in the science of smell, they argue, is a meaningful way to measure it—an olfactory yardstick. Now they have built one.

That it has taken so long for someone to come up with a yardstick for smell is something of a scandal. Scientists who study vision, for example, know that light with a wavelength of 620 nanometers will appear a particular shade of orange. They know with perfect certainty that orange is closer in wavelength (and perceived color) to yellow than it is to green. And they have used such objective measures about light and vision to learn a great deal about the biology that allows us to see. Scientists who study smell have had no equivalently objective way to judge, for example, whether the smell of roses is closer to spearmint or vanilla.

Part of the reason for this lack of an odor yardstick may have been the common belief that the human sense of smell is crude. Dogs and other mammals have a better sense of smell than we do, but their prowess doesn’t mean our noses are useless. In fact, as Sobel and his colleagues demonstrated in a 2007 experiment, humans can do a pretty good impression of a bloodhound.

Sobel and company went into an open field and set down 30 yards of twine scented with chocolate. Then they brought together 32 people and gave them a mission: Follow the trail using nothing but your nose. The scientists put blindfolds on their subjects so they could not see the twine. Earmuffs blocked out sounds. Elbow pads, knee pads, and work gloves shielded them from tactile clues. Only their noses could provide them with information. The subjects got down on all fours about 10 feet from the start of the scent trail. Then they started to sniff.

Remarkably, most of the volunteers were able to find the twine. Even more remarkably, 21 of them were able to follow its scent from start to finish. Whenever they veered off course, they sniffed their way back. Not only did they track the scent impressively well, but they also improved with practice. The scientists arranged for some of the subjects to run the course for 45 minutes a day for three days; they cut their times and improved their accuracy.

When Sobel’s human bloodhounds put their noses to the ground, they drew in a gaseous cocktail of many different kinds of molecules—from the dirt, the grass, and anything else riding along in the air. Those molecules then latched onto olfactory receptors located on nerve endings in their nostrils. Only certain molecules, one theory holds, have the right shape to latch onto certain receptors. A given receptor can snag a number of different odor molecules, and a given odor molecule can latch onto several different receptors. Each nerve in a person’s nose builds all its receptors using just a single gene.

The olfactory neurons are the only ones in the central nervous system that are directly exposed to the air. When a receptor grabs a molecule, it causes an electric signal to travel the length of the neuron from the nasal lining to the smell-processing regions of the brain. There, the neuron converges with thousands of other neurons delivering their own signals. The brain does not just passively accept all these signals. If we learn how to tell two odors apart through one nostril, for example, we are able to tell them apart with the other nostril as well. The learning happens in the brain, not in the nose.

All this complex signal processing means that we can distinguish among thousands of different odor molecules. Sobel and his colleagues recently set out to pin down how that process works by determining the relationship between the structure of a molecule and the way it smells. The scientists began by building a database of 1,500 odor-producing molecules, cataloging 1,664 different traits—their size, the strength of the chemical bonds between their atoms, and so on.

Next, Sobel and his team looked for patterns in this dizzying cloud of data using a statistical technique known as principal component analysis, a method commonly employed to analyze large sets of data and tease out patterns. They searched for traits that consistently varied in lockstep with one another from molecule to molecule. A few key traits account for a lot of the variation in structure from one molecule to the next. For instance, the size of a molecule varies along with how tightly its atoms are packed. Sobel used these patterns to give each molecule in his database a single, simple score, like notches on a yardstick.

This yardstick, Sobel soon determined, is not just a statistical abstraction. It has a deep connection to how we smell the world. The researchers selected molecules from different intervals along the yardstick and had people sniff them. The farther apart the molecules were on the yardstick, the easier it was for people to tell them apart by their odor.

Sobel also got a striking result when he asked people to report how pleasant or unpleasant they judged various smells to be. Molecules ranked at one end of the yardstick stank to high heaven. At the other end, they were delightfully fragrant. The yardstick did such a good job of measuring the quality of odors that the scientists could use it to predict just how pleasant (or unpleasant) people would rate a new molecule.

To see whether this yardstick is universal, neurobiologist Nathalie Mandairon and her colleagues at the University of Lyon in France decided in 2008 to test Sobel’s odor-ranking system on mice. The researchers picked a set of odors and observed how long the animals sniffed them. The closer an odor was to the pleasant end of Sobel’s yardstick, the longer the mice spent smelling it. Sobel’s odor yardstick seems to have uncovered a fundamental truth about the nature of smell. When the noses of our distant ancestors evolved into sophisticated molecular detectors, he suggests, they started to process key traits to come up with a simple measurement—an internal yardstick. Our ancestors felt pleasure when they sensed smells that signified desirable things (a mother’s teat, a ripe piece of fruit) and moved toward them. They felt disgust or fear at odors that signified danger (rotting corpses or a predator’s feces) and moved away.

Our sense of smell is not a purely automatic system, however. An odor, Sobel argues, is more than the physical properties of a molecule; it is also the emotions these properties summon up. This is where learning comes in. We can learn to fear certain smells that signal danger, just as we learn to make associations with dangerous sights or sounds. At a deeper level, our brains can revalue the same smell for different conditions. The smell of bacon may be alluring if you are hungry, but after a fourth helping, the same smell can start to get sickening. Scientists can see this revaluing take place within the brain as emotion-regulating regions change their activity. As a result, we can use pleasure and disgust as a guide not just for finding the right kinds of food but also for eating the right amount. These links to emotion and learning also help explain why a single whiff can summon up powerful memories.

Using Sobel’s yardstick, scientists may be able to start untangling the paradox of smell: why we are so good at distinguishing odors and so bad at naming them. Our brains appear to have evolved an elegant way to reduce the dizzying variety of molecules in our environment into a simple scale based on what matters most about scents—whether they smell good or bad. By giving different odor molecules a place on the yardstick, we can distinguish fine gradations among them. Although this method may be helpful and efficient, it doesn’t give us much information that we can use in putting a name to different smells. Imagine that someone showed you pictures of different types of fruit and had you name each one. Now imagine that the pictures zoom in on a single patch of color on each piece of fruit. You might be easily able to tell the difference between two shades of red without being able to say which belonged to a strawberry and which to a raspberry.

This analogy, Sobel argues, actually understates the difficulty we have in naming smells. He draws a distinction between odor molecules and “odor objects.” There is a visual object we call “banana” that encompasses our experience of seeing a banana. There is also an odor object version of “banana,” a combination of the inherent pleasantness of the molecules released by the fruit (as measured by Sobel’s yardstick) and our subjective mental state when we encounter them. Emotions are notoriously hard to put into words, and the emotions wrapped up in odors make the problem of identification even harder.

Supreme Court judge Potter Stewart famously wrote in 1964 that pornography was hard to define but that he knew it when he saw it. In the same way, we may not be able to put a name to an odor, but we sure know when something stinks.