An experiment on the effects of psychedelic drugs on creativity was actually a creative deception. 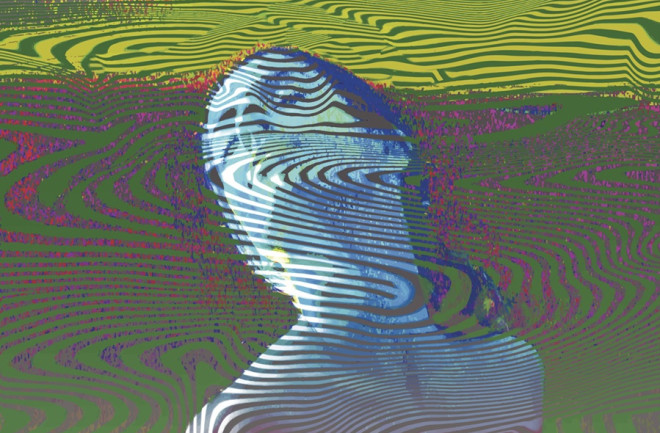 Thirty-three brave volunteers took part in an experiment on the effects of psychedelic drugs on creativity. After passing rigorous medical screening, the volunteers were admitted to a specially prepared hospital room, where they were each given a 4-milligram dose of a synthetic hallucinogen.

Within 15 minutes or so, they began to feel the effects, including perceptual distortions, mood changes, and sometimes anxiety. Several participants reported changes in experience stronger than those previously seen in people after moderate or high doses of LSD and other psychedelics.

Finally, after three and a half hours, the experiment was over and the effects had worn off. The lead experimenter gathered the volunteers together and announced that the whole thing had been an elaborate fake. The pills they had taken were only placebos.

This is the story reported in a lovely new paper published in Psychopharmacology from researchers led by Jay A. Olson of McGill University. It's called Tripping on nothing: placebo psychedelics and contextual factors.

The paper describes how the researchers went to great lengths to create a believable appearance of a drug study, and thus facilitate the placebo effect. For instance, upon arrival at the Montreal Neurological Institute where the study took place, participants were greeted by a large number of experimenters (more than were actually needed), all in white coats, and the experimental room was guarded by hospital security. All this was for show.

The experimenters also made use of confederates — people who were in on the trick, but pretended to be other participants in the study, in order to enhance the atmosphere. The study consisted of two experimental sessions, in each of which there were about 16 real volunteers and seven undercover confederates.

The “psychedelic party”-like room in which the experiment took place. From Olson et al. (2020) Psychopharmacology

Right from the start, the planted confederates tried to build expectations. While waiting in the lobby, confederates made remarks such as "My friend did this study last week and had a blast." During the experiment, the confederates were instructed to "pace and lead” the real participants — meaning that they were to mimic, and then exaggerate, the "drug effects” reported by others.

This is a remarkable study, and probably the most elaborate placebo ever reported. But how well did the trick work? The authors say that after they revealed the truth, some of the participants expressed shock. However, 35 percent of them said they were “certain” they had taken a placebo when quizzed just before the debriefing. Only 12 percent were “certain” that they’d taken a real psychedelic drug, which suggests that the deception was only partially successful.

Some of the participants did report very strong effects on a questionnaire of “psychedelic effects.” However, I noticed that the effects reported tended to be the more abstract kind, such as “insight” and “bliss.” In terms of actual hallucinogenic effects like “complex imagery” and “elementary imagery” (i.e. seeing things), no participants reported effects equal to even a low dose of LSD, let alone a stronger dose. See the rather confusing Figure 2 for details.

So it seems to me that this experiment shows that some but not all “psychedelic” effects can be produced purely by an elaborate placebo.

Finally, what about the ethics of this study, which involved such calculated deception? Olson et al. say that all participants were fully debriefed after the experiment, and consented to have their data used, even knowing that they’d been deceived. The study received the necessary ethics board approval.

I don’t think the study can be called unethical in any way, but I do wonder if it might be unwise to conduct too many studies like this. If too many of these get published, drug study volunteers might suspect that they’re in one of these experiments — which would defeat the whole purpose.