Smug Couples Patronize Singles to Feel Better About Themselves

By Samantha Joel, University of Toronto 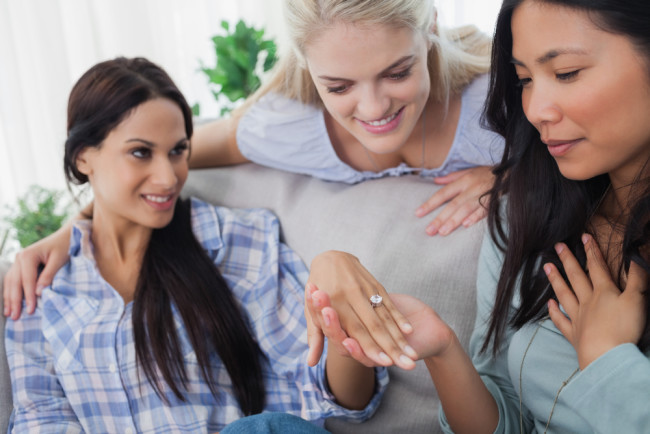 People tend to see their own lifestyle as being the ideal lifestyle. A single person may question why anyone would choose to shackle themselves to one partner rather than live it up with the single life. Then there is that smug married couple who pushes for other couples to also tie the knot, so they can similarly bask in wedded bliss. This phenomenon is called “normative idealization”, which is the tendency to idealize one’s own lifestyle and believe others would benefit from it too. Where does such insufferable behavior come from? It has been suggested that people might idealize their own relationship status not because they are actually confident that it is ideal, but rather because they are trying to feel better about their own lives. Psychologists at Stanford University and the University of Waterloo tested whether people were more judgmental of others’ lifestyles when they felt threatened regarding their own. Their results are published in the journal Psychological Science

From Stuck to Smug

This study provided the first preliminary evidence that people look down on other lifestyles to make themselves feel better about their own. However, an alternative hypothesis is that people who prefer a particular lifestyle are more likely to do things that actually make that lifestyle more permanent. To rule this out, the researchers conducted an experiment where some participants were temporarily made to feel their relationship status was more permanent. They asked how long they expected their current relationship status to continue, and then manipulating how they answered that question. People who were asked to rate the question on a scale from “now” to “the end of my lifetime” subsequently felt that their current relationship status was considerably more permanent than if they rated the question on a scale from “now” to “the end of this year”. Next, participants evaluated a hypothetical job candidate who was either single or in a romantic relationship. The researchers found that when people were made to feel like their current lifestyle was more permanent, they made more negative evaluations of the job candidate who had the opposite relationship status.

. It seems then that people look down on people with opposing relationship statuses as a way to feel better about their own. This kind of judgement is really a form of defensiveness. A person who has taken a different path in life can threaten our confidence in our own lifestyle, particularly if we feel that our own lifestyle is not easily changed. A good way to combat that sense of threat is to convince ourselves that our way is the only right way. So the next time you catch yourself looking down on someone else’s lifestyle … ask yourself if it is possible that you are actually a little bit envious.