Sexually Aroused by Farts? You're Not Alone

Scientists published a case study on a person with “eproctophilia” — they're sexually aroused by flatulence. 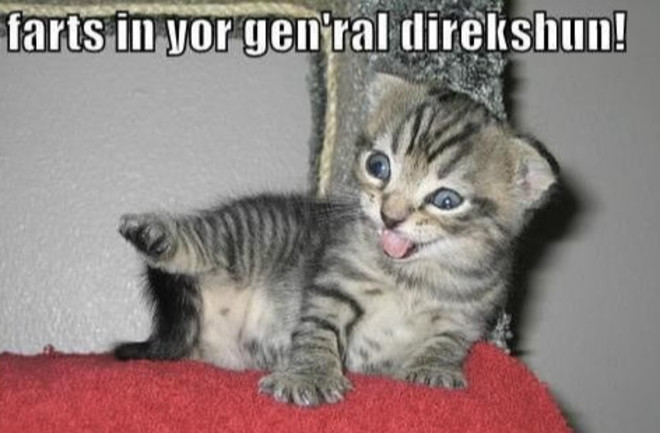 The saying goes “to each his own,” and that definitely holds true for fetishes. This paper describes a person with “eproctophilia”, which is the term for when someone is sexually aroused by flatulence. The first half of the article is included below. Warning — it’s a bit of a wild ride!

Eproctophilia in a Young Adult Male

One subtype of olfactophilia is eproctophilia. This is a paraphilia in which people are sexually aroused by flatulence (Aggrawal, 2009). Therefore, eproctophiles are said to spend an abnormal amount of time thinking about farting and flatulence and have recurring intense sexual urges and fantasies involving farting and flatulence (Griffiths, 2012a). To date, there has been no academic or clinical research into eproctophilia. Therefore, the following account presents a brief case study of an eproctophile and given a pseudonym (Brad). Brad gave full consent for his case to be written up on the understanding that he could not be identified and that he was guaranteed full anonymity and confidentiality.

Brad was a 22-year old single man from Illinois. His parents were divorced when he was 6 years old and was an only child. His father remarried when he was 14 years old and he then gained three step-brothers. He has a Bachelor’s degree in Fine Arts. He was employed in part-time work, but was looking for another job to help supplement his income. He was engaged in “minimum wage part-time stuff” but would like to get a job in the arts field, but that it required materials that he does not currently have. He believes in “God or a Prime Mover” but does not adhere to any particular religious group.

Brad first approached the author following the publication of an article about eproctophilia on the author’s website blog. Brad initially posted a comment in response to the article and disclosed the response that he was an eproctophile. In fact, Brad’s opening comment was: “I am an eproctophile … I am not ashamed of my interest. Mind you, I don’t tell people what I’m into any more than I discuss any other sexual matter in public.”

Brad was asked about his first experience(s) of eproctophilia. He claimed that, compared to other eproctophiles who had “colorful first experiences,” his experience was “a bit more tame than most, which is disappointing in a way.” Brad recalled that, in middle school, he had a crush on a particular girl. He thought “she was the most beautiful thing [he] had ever seen.” She was very athletic, ran 10 miles every day, was fit and toned, and was also sweet, shy, and very attractive (“cute”). When talking with his friends, Brad recalled that one of them mentioned that the girl he had a crush on had farted in her science class. As Brad said: “This blew my mind. Prior to that, I’d never really considered it. I knew by simple biology that girls farted, but hearing that the girl I had been fawning over was capable of such a thing sparked a strange interest in me.”

Brad first engaged in an eproctophile act at around the age of 16 or 17 years of age. He was with a male friend and, up to that point, he had considered himself as heterosexual. This was until he heard his male friend fart in front of him. Brad recalled:

It was rather appealing in sound and I found myself fixating on it. At first, I didn’t want to admit I was into his farting, but eventually I decided to experiment. I set up a bet at some point and intentionally lost, with the wager being the right to fart in the loser’s face for a week. I continued to lose such bets once every few weeks for about two years. Brad was asked about his thoughts surrounding eproctophilia. He claimed to “enjoy everything about it” and had experienced it directly.

I’m not sure how graphic of details you would like, but I have had my face farted on by both men and women, at point blank range. I like the sound and the smell. The “worse,” the better. In terms of sound, I prefer a deep bubbling sound. In terms of smell, I like acrid sulfur. I prefer the farter to be clothed. I don’t particularly like seeing the anus open. It’s not revolting to me, I just prefer fabric for three reasons. Firstly, the sound tends to be better with fabric, particularly jeans or nylons. Second, the smell lingers in cloth whereas in the nude it is a relatively quick blast of smell. Third, I like the look of butt cheeks better when they are defined by fabric.

Brad was specifically asked why he preferred sulfurous farts. He said that they “tended to be the strongest and most disgusting.” In fact, Brad said that:

The more disgusting, the more I like it as it heightens the sense of duality. The more disgusting the fart and the prettier the lady, the more of a schism it is between the societal expectation and the reality. As for men, it’s simply more dominating for it to be a really gross fart than a mild poot.

Brad was also asked how he met other like-minded people that shared his eproctophilic interests. He said that there were several online forums that cater for interests related to eproctophilia. Although he was happy to engage in online communication with other eproctophiles, he had no desire to meet them in person. In order to engage in eproctophilic acts, Brad said that he would explain his fetish to his significant other and hope they would be willing to do it for him (i.e., fart in his face). Brad was also asked if there was any difference between men and women farting in his face, and whether male farting aroused him in the same way as female farting.