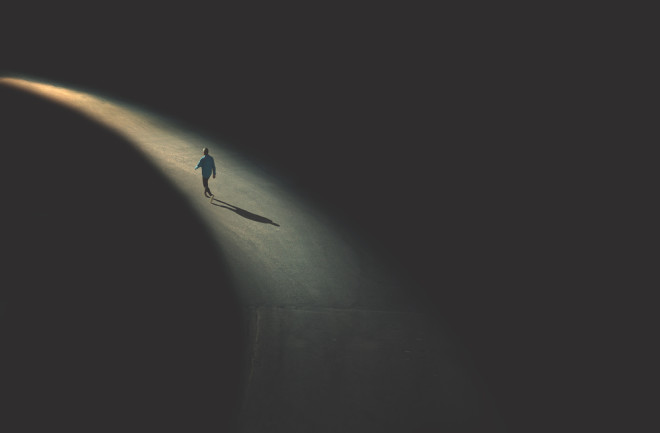 (Credit: frankie's/shutterstock) "No man is an island," noted English poet John Donne, but now a new study of nearly a half-million people find there may be genetic roots to loneliness. These findings also show that some genetic variations are linked to social activities like going to the pub. The results were published Tuesday in the journal Nature Communications. Previous research has already shown that loneliness is more than just a state of mind. It's strongly linked with an increase in all causes of death, on a level comparable to smoking and in excess of factors like obesity and lack of exercise. Loneliness is also quite common, with roughly one in four people over the age of 65 in the United Kingdom suffering from it, noted the study's senior author, John Perry, a geneticist at the University of Cambridge in England, and his colleagues. A range of physical and mental traits are tied to loneliness, but scientists aren't sure whether factors like depression cause loneliness or vice versa. To help unravel this mystery, the researchers explored the possible biological foundations of loneliness.

The scientists analyzed genetic variations in more than 487,000 participants in the UK Biobank, a long-term study in the United Kingdom exploring the effects of genes and the environment on disease. These volunteers answered questionnaires regarding their perceived loneliness, the frequency of their social activities, and the quality of their interactions with others, such as how often they were able to confide in someone close to them. The team discovered 15 genetic variations were associated with susceptibility to loneliness. Some variants were active in brain regions that control emotions, while others played a role in metabolism. "This is the first study to identify some of the genetic variants associated with loneliness," Perry said. The researchers did find that increased weight — that is, a higher body-mass index (BMI) — likely made people more susceptible to loneliness and depression. They also believe increased weight might help cause loneliness and depression. "You can imagine reasons for both," Perry said. "Perhaps if you are overweight, you feel self-conscious, which can lead to social withdrawal and depression, and on the flip side of the coin, once you get into a negative spiral of depression and loneliness, that could change your eating behaviors and how much you go out and exercise."

A number of genetic variants were apparently linked with social activities such as going to the pub and being in religious groups, or being part of a gym or sports club. "You might ask how that might possibly be, but if you drill down with a bit more detail, some clues emerge," Perry said. "For instance, one genetic variant associated with bars concerns alcohol dehydrogenase, and you get this flush response — it's quite common with East Asians. So if you have this negative feeling, you may be much less likely to drink, or only drink small amounts, and so are less likely to go to social activities that revolve around drinking." When it comes to sports, "we see this genetic variant linked with CADM2 that we know modifies the perception of risk," Perry said. "So if people seek out risk, or are more tolerant of risky activities, it makes sense they might engage more in sports." All in all, "If this work can point to pathways that contribute to loneliness, we can ask if there is anything we can do about it," Perry said. "Perhaps one could target interventions in lonely people toward improving their cardio-metabolic health, which might have positive effects on their mental state and social isolation." However, Perry cautioned that "just because a genetic trait is associated with a trait, doesn't mean you will definitely have that trait. Social isolation arises from a complex mix of many factors, both genetic and non-genetic."