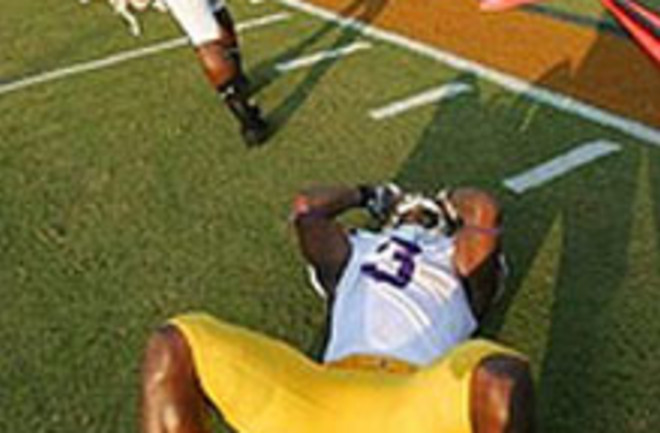 Last week we let you know that placing some potted plants around the office could pave the way to happier and more productive workers. While most people would welcome a little more life in their cubicle, Arizona State University researchers Naomi Mandel and Stephen M. Nowlis have a prescription for workplace wellbeing that might prove less popular: No more office pools. Pools are a mainstay of offices everywhere, whether they're based around choosing the winner of the NCAA basketball tournament or the TV show Survivor. But the researchers say it's not just good clean fun—more often than not, the competition leads to hurt feelings. Even though many people fill out March Madness brackets without ever having seen most of the teams play, Mandel and Nowlis say pool participants make an emotional investment in their picks. Nobody wants to look stupid, and more than that, nobody wants their coworkers to mock their poor predictions. But winners are just as unhappy, according to the researchers, simply because the victors spent just as much time worrying that they would lose. Researchers call it "anticipated regret," and it's taxing. Mandel and Nowlis say that their subjects expected participation in the pool to make their watching experience more exciting. Instead, living and dying with an American Idol contestant or a basketball team just heaps more stress onto the participants' already stressed-out lives. Now the question is: What hurts employee morale more—the fear of losing in your office pool, or losing your office pool altogether?