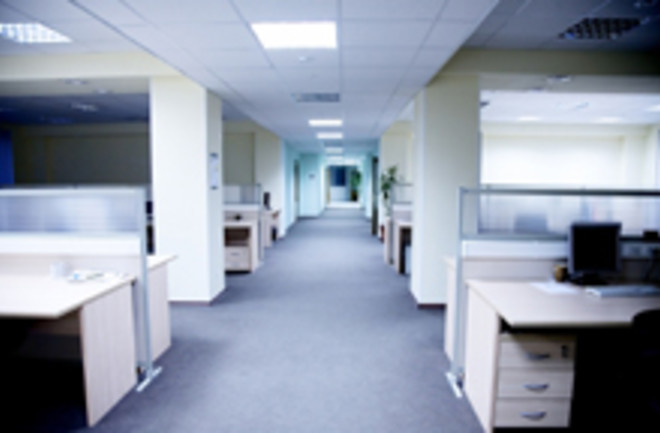 Say the words "office decor," and you may evoke images of mustard-fluorescent lighting, beige carpets, and windowless walls. But finding happiness in the aesthetic wasteland of cubicles may be as simple as adding a little greenery. In a survey of office workers in Texas and the Midwest, Dr. Tina Marie Cade, an associate professor of Horticulture at Texas State University, discovered that employees who worked in offices with either green plants or windows offering views of green spaces felt better about their jobs and the work they performed (and therefore, presumably, performed more of it). Employees who worked near live interior plants or a window view of greenery reported significantly higher job satisfaction and thought far better of their bosses and coworkers than those who were confined to windowless gloom. The plant-exposed employees also considered themselves happier in life overall, while all of the respondents who said they were "dissatisfied" with their quality of life were plant-deprived—though it remains to be seen whether happier people are simply more likely to fill their offices with plants, as opposed to the plants providing the happiness. Cade found no statistically significant differences among categories like age, ethnicity, salary, education levels, and position, but she did find differences in gender. While plant-exposed men consistently reported higher job satisfaction than plant-deprived men, Cade found no job satisfaction variation among women in the two groups. Perhaps it takes more than just plants.