Ayahuasca and psilocybin have both showed promise in preliminary studies. 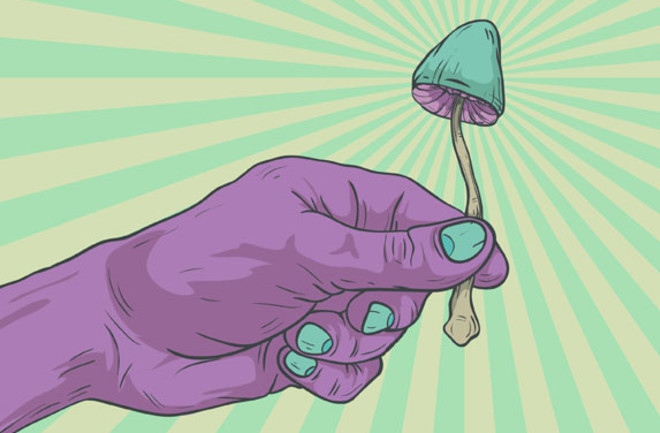 Depression is challenging to manage, especially since many antidepressants can take weeks to work and simply fail for nearly one-third of sufferers. New research presented in April at the Psychedelic Science 2017 conference in Oakland, California, suggests psychedelic drugs can help people battling depression and other psychiatric disorders that defy conventional therapies.

Brewing Up a Mood Boost

Dráulio Barros de Araújo, a neuroscientist at the Universidade Federal do Rio Grande do Norte in Brazil, presented new findings from a study that used ayahuasca — a hallucinogenic brew of bark and leaves that groups indigenous to the Amazon use in healing ceremonies — to help treat depression. (The study hasn’t been peer-reviewed yet but is available here.)

In a 2015 pilot study, Araújo and his team showed that one dose of ayahuasca (between roughly four to seven ounces) quickly alleviated depression in six Brazilian volunteers without serious side effects. Encouraged by these results, he repeated the study in 2016 with 17 volunteers.

Again, participants tolerated the psychedelic concoction and experienced relief that lasted throughout the 21-day trial. But, Araújo says, “The main problem with these studies is that we didn’t control for the placebo.” In drug trials, a placebo is a sham substance with no active ingredients.

Researchers use it to suss out the effects of the drug they’re testing from a person’s expectation that taking a pill will help them. Controlling for this placebo effect is especially important in depression trials, since studies show up to 40 percent of patients respond to a placebo, though that effect is short-lived.

Ayahuasca before it is cooked and served as a tea. (Credit: Terpsichore/Shutterstock)

So he designed a placebo-controlled study for 35 volunteers who’d tried at least two different conventional antidepressants to no avail. They were randomly assigned to receive either a single dose of ayahuasca or the placebo, an inert brown, bitter brew that looked and tasted like ayahuasca. Neither investigators nor patients knew who got what. People in both groups started feeling better the next day. But a week later, the difference between the two groups became apparent: those who took ayahuasca experienced a substantial drop in the severity of their depression.

The Magic of Mushrooms

Another study presented at the conference, led by Leor Roseman, a doctoral neuroscience student at Imperial College London, reported similar results using psilocybin, the hallucinogenic compound in “magic” mushrooms. In Roseman’s study, also yet-to-be published, 20 volunteers with treatment-resistant depression received two doses spaced a week apart. The first dose was a teaser to prepare them for the main event — a second dose large enough to produce a strong psychedelic experience.

During their clinically induced trips, participants listened to music with their eyes covered to facilitate introspection, while two therapists recorded the participant’s experience. Of the 19 people who completed the study, most showed dramatic improvements up to a week after the sessions. Their gains persisted for about five weeks, at which point some people continued to improve while some got worse.

So what was the difference between those who responded well and those who didn’t? The intensity of a person’s peak experience, Roseman says. This so-called peak experience is associated with several psychological states, including a sense of unity and dissolution of self, positive mood and insight. The more intense the peak (and the more intense these psychological states), the more improvement people experienced.

Collectively, these findings offer a glimpse into the potential of psychedelics. Unlike conventional medications, which tend to dampen positive emotions along with the negative, psychedelics like ayahuasca and psilocybin intensify both the good and bad. This helps people work through their painful memories with a therapist in ways they couldn’t before. It’s psychedelic drugs’ power to produce a profound psychological experience, researchers hope, that will put patients on the path to lasting recovery.