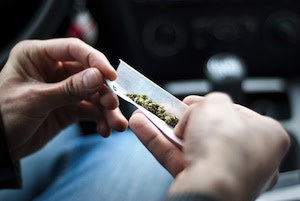 Compared to some of the drugs out there, cannabis can seem relatively harmless. It doesn't have the ruinous effects of methamphetamines or even substances like synthetic pot

. But there has long been suspicion that heavy use might have long-term effects on IQ, for instance [pdf

]. Factors that tend to accompany cannabis consumption, such as the use of other drugs and alcohol and, in adolescents, a tendency to skip class, have made it difficult to decisively pin a dip in IQ to marijuana use. To clear away the noise, the authors of a new study in the Proceedings of the National Academy of Sciences

, and they've found that on average, by the time they reached age 38, heavy pot users diagnosed with cannabis dependence during adolescence suffered an 8-point drop in IQ. In the decades-long Dunedin study, originally designed to test the efficacy of new neonatal intensive care units

never heard of. Researchers assessed the children every few years until age 21, and continued to follow up at ages 26, 32, and 38; the next check-in will be between 2016 and 2018, at age 44. As the subjects grew up, they provided a wealth of information about human development and have become the basis of over 1,100 papers and reports. With the Dunedin study data, researchers could compare subjects’ IQ scores from age 13, before they began using any drugs, with their scores at age 38, and they could also eliminate confounding factors like education level and other drug and alcohol use. They found that those who used pot heavily showed a significant decline in IQ, particularly if they began during adolescence. The most frequent users experienced the most damage. And cutting down on marijuana after adolescence did nothing to alleviate the decline. While these results suggest that developing adolescent brains are particularly vulnerable to the effects of marijuana and can suffer permanent harm from smoking pot, the drop occurred only in users diagnosed with cannabis dependence

, which indicates more than just a fondness for marijuana, points out

epidemiology blogger Suzi Gage. Such frequent users are not only more rare than casual consumers, they also tend to have other problems that getting high may help them face, such as depression. So this IQ drop finding may not be applicable to the majority of adolescent pot smokers. But the study nevertheless suggests that if cannabis does ever become a legal substance in the United States, perhaps its use, like alcohol’s, should be restricted to adults.

Image of joint via Shutterstock