People Underestimate The Joys Of Sitting And Thinking, Study Suggests

Letting your mind wander without the distraction of smart devices may have mental health benefits. 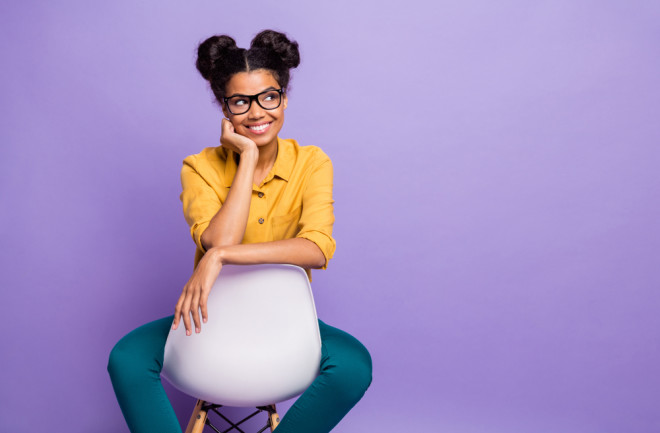 Scrolling through your phone or flipping through Netflix options may seem like a great way to entertain yourself, but new research suggests that we underestimate how enjoyable sitting with our thoughts can be.

The study, recently published in the Journal of Experimental Psychology: General, recommends putting down devices and letting the mind wander.

“Humans have a striking ability to immerse themselves in their own thinking,” says lead author Aya Hatano of Kyoto University in Japan in a press release. “Our research suggests that individuals have difficulty appreciating just how engaging thinking can be. That could explain why people prefer keeping themselves busy with devices and other distractions, rather than taking a moment for reflection and imagination in daily life.”

The study revealed that people enjoyed sitting without distractions like their phones more than they thought they would. One experiment compared participants’ predictions with a group that had to check the news on the internet. Results were similar. More people enjoyed the time to sit and think.

These results are significant, given the modern era of overstimulation and information overload, says co-author Kou Murayama, Ph.D., of the University of Tübingen in Germany.

“It’s now extremely easy to ‘kill time.’ On the bus on your way to work, you can check your phone rather than immerse yourself in your internal free-floating thinking, because you predict thinking will be boring,” he says in a press release. “However, if that prediction is inaccurate, you are missing an opportunity to positively engage yourself without relying on such stimulation.”

Letting your mind wander can have mental health benefits such as problem-solving and creative thinking.

The authors want to note that while participants were happier with letting their minds wander than predicted, that didn’t mean they found the experience overly enjoyable. On a scale of one to seven, many participants rated thinking at a three or four, which was still higher than researchers thought they would.

“Not all thinking is intrinsically rewarding, and in fact, some people are prone to vicious cycles of negative thinking,” says Murayama in a press release.

Future studies will ask why people underestimate thinking and will conduct a more diverse group of participants. For this study, participants were college students from Japan and the U.K.

More From Discover
Health
10 Science-Backed Ways to Boost Your Brain
Mind
Weed Might Not Make You Creative After All
Mind
How Does Alzheimer's Disease Lead to Death?
Technology
What Is a Social Media Cleanse?
Mind
Calming Kids With Electronics May Affect Emotion Regulation Skills
Mind
What Psilocybin Psychedelic Mushrooms Are Teaching Us About Human Consciousness
Recommendations From Our Store
My Science ShopDiscover STEM Kits
My Science ShopDiscover 2022 Calendar
My Science ShopStrange Science
My Science ShopElements Flashcards
Shop Now
Stay Curious
Join
Our List