Do inanimate objects have a mental life? Probably not, but the question isn’t quite as absurd as it sounds. 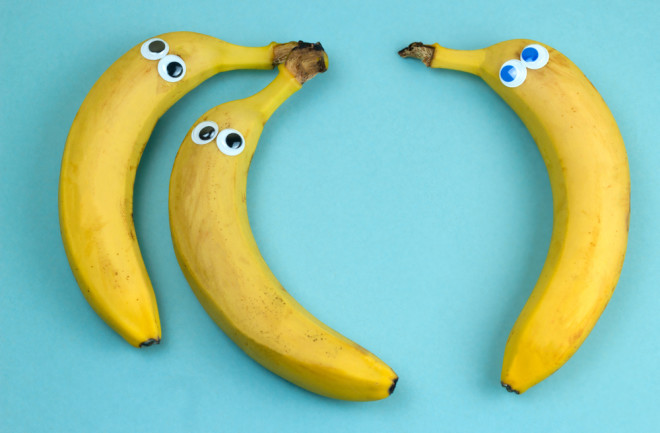 Consciousness has been famously dubbed the “hard problem” of neuroscience (as opposed to the “easy” problems of, say, how memories are stored and retrieved, or what the neural causes of psychiatric disorders might be). The hard problem is, basically, the question of how the experience of consciousness arises from the chemical reactions and neural connections that make up the brain.

While neuroscience has made tremendous progress in sussing out how the brain works, the mind is still a mystery. Science hasn’t yet figured out how the brain produces the smell of rain, the feeling of joy, and most fundamentally, the sense of being aware that you are aware.

We’re All in This Together

Panpsychism provides a way around this conundrum. Panpsychism is the idea that consciousness did not evolve to meet some survival need, nor did it emerge when brains became sufficiently complex. Instead it is inherent in matter — all matter.

In other words, everything has consciousness. Consciousness is not limited to humans and other animals. Plants have it, too. It doesn’t stop at living things, either. Stones and stars, electrons and photons, even quarks have consciousness. According to some versions of the theory, the universe itself is conscious. (This variety of panpsychism is known as cosmopsychism.)

This may sound like the wackiest idea ever — far crazier than space aliens living secretly among us. But plenty of sane and reputable thinkers take panpsychism seriously, and the numbers of those who do are increasing.

Though it sounds like something that sprang fully formed from the psychedelic culture, panpsychism has been around for a very long time. Philosophers and mathematicians Bertrand Russell and Alfred North Whitehead, physicists Arthur Eddington, Ernst Schrödinger, and Max Planck, and psychologist William James are just a few thinkers who supported some form of panpsychism. The idea lost traction in the late 20th century, but recently, philosophers and scientists such as David Chalmers, Bernardo Kastrup, Christof Koch, and Philip Goff have revived the idea, making strong claims for some form of panpsychism.

People who argue in support of panpsychism generally do not claim that a photon has the same kind of consciousness as you or your cat. Philip Goff, a philosopher at Durham University, U.K., is author of Galileo’s Error: Foundations for a New Science of Consciousness, a book that makes a detailed case for panpsychism. In an article for the magazine Philosophy Now, Goff explained the theory like this: “Panpsychism as defended in contemporary philosophy is the view that consciousness is fundamental and ubiquitous, where to be conscious is simply to have subjective experience of some kind. This doesn’t necessarily imply anything as sophisticated as thoughts.”

Instead, a photon has only a tiny bit of consciousness, what Goff calls an “extremely rudimentary” consciousness. But when lots of these tiny bits get together in an organized fashion, then you have something that can produce the scent of honeysuckle or the desire for a nice cup of tea. This vastly simplifies the hard problem. As Goff writes, there need be no “minds popping into existence as certain forms of complex life emerge” or souls “descending from an immaterial realm at the moment of conception.” Instead, everything about humans, including the consciousness we’re so proud of, is just a particular arrangement of the same ingredients all other matter is made of. Human consciousness is not something extra, nor even something all that special. It’s just a variation, albeit a very complex variation, on a theme that runs through all matter.

Philosopher David Chalmers once suggested that a foray into panpsychism is nigh inevitable once one thinks seriously about consciousness. So perhaps it shouldn't be surprising that the idea is taking hold again. Though it is implausible, Chalmers writes, it is not any more implausible than other theories of consciousness.

Of course, panpsychism is likely not falsifiable. There’s no experiment that can determine whether or not your mailbox has a mental life, much less a quark. Yet that doesn’t mean science isn’t working on the problem. Giulio Tononi, a neuroscientist at the University of Wisconsin–Madison, has developed something called the integrated information theory of consciousness (IIT). IIT holds that consciousness is actually a kind of information and can be measured mathematically, though doing so is not very straightforward and has caused some to discount the theory.

Still, not everyone is buying panpsychism. Philosopher John Searle has long been a vocal opponent of the theory. Kevin Mitchell, a neuroscientist at Trinity College Dublin, wrote that that panpsychism is “not even wrong.” In a piece in Aeon, the British philosopher Keith Frankish argued for the position many modern philosophers take: Not only is consciousness not universal; it doesn’t even exist. It’s merely an illusion.

But the idea — crazy as it sounds — that everything is conscious is becoming more mainstream all the time. Kind of makes you look at the world around you in a totally different light, doesn’t it?